Officially unveiled at Audi Brand Summit in Shenzen, China, the new Audi Q8 boasts of the versatility of an SUV with the convenience of a 4 door coupe. Set to hit markets across Europe by July-September 2018, the Audi Q8 has also been seen testing on Indian roads though launch in India is not yet confirmed.

Audi Q8 will compete against the BMW X6 and Mercedes GLE Coupe. It is being built on an aluminum platform on which Audi Q7, Lamborghini Urus and Bentley Bentayga are also positioned. Its dimensions are lower than the Q7 to stand 4,999mm in length, 2,011mm in width and 1,710mm in height. Boot space is at 605 liters which can be increasing to 1,755 liters with the rear backrests folded down. 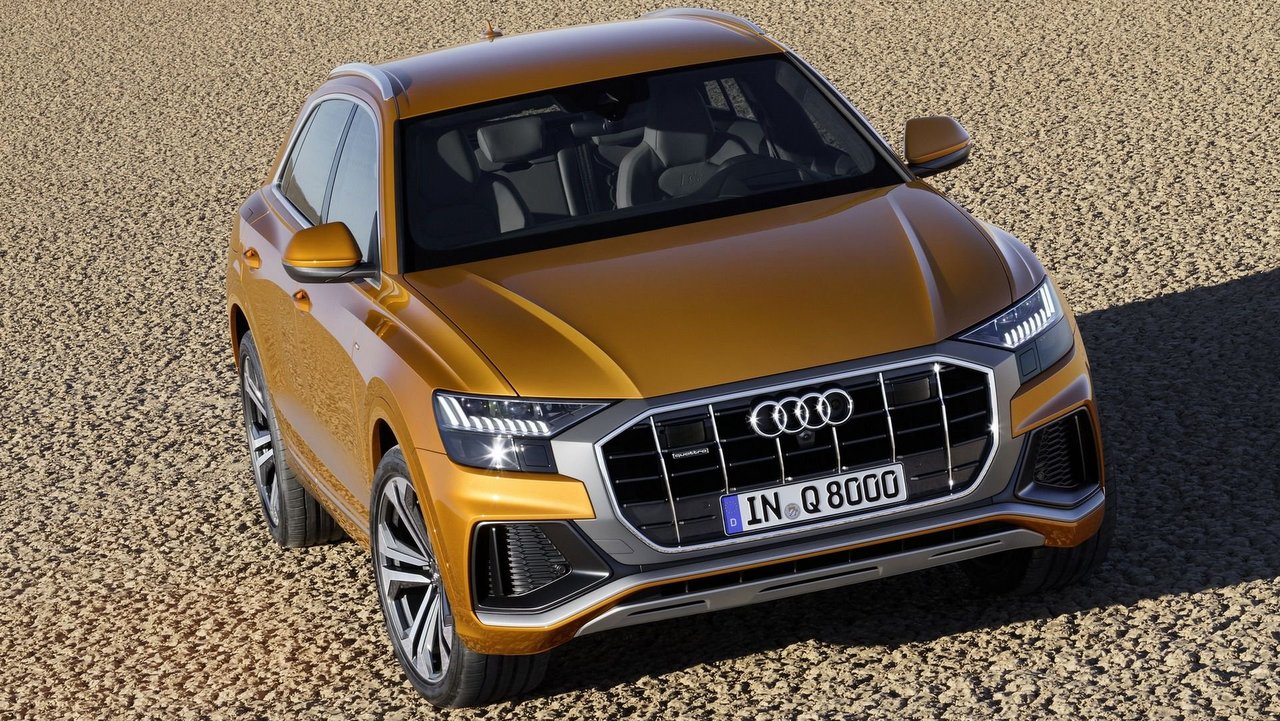 The five seater Q8 boasts of a large single frame grille with both vertical and horizontal slats with chrome accents. It gets a pair of LED headlights with HD Matrix LED technology as an option and 3D daytime running lights. Large air intakes, sloping bonnet and deep character lines are prominent on its exterior while the Audi Q8 sits on large 22” wheels.

The cabin exudes comfort and the latest in technology. It gets a 10.1” MMI touchscreen response display with piano black dashboard layout while there is another 8.6” digital display located below the air conditioning system. 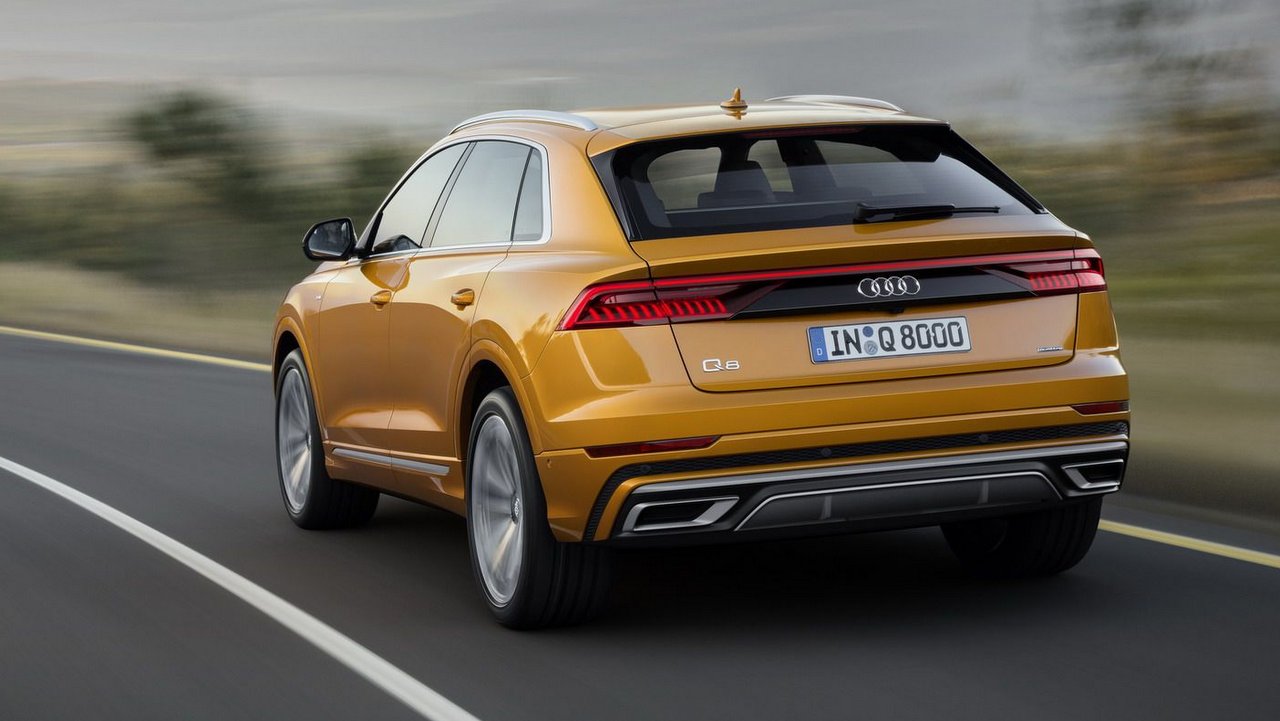 Even as engine specifications have not yet been detailed, the Audi Q8 could get its power via a 3.0 TDI with mild hybrid system. The engine generates 286 PS power and 600 Nm torque and gets integrated to a hybrid system with lithium ion battery and belt alternator start with a 48V primary electric system. Acceleration from 0 to 100 kmph is achieved in 6.3 seconds while top speed is at 231 kmph.