With improved customer sentiments and boost in production capacity, two-wheeler segment continued to register strong demand in August. The 150cc – 200cc motorcycle sub-segment was among the top gainers, registering YoY growth of 44.83%. A total of 1,58,593 units were sold in August 2020, as compared to 1,09,502 units sold in August last year. 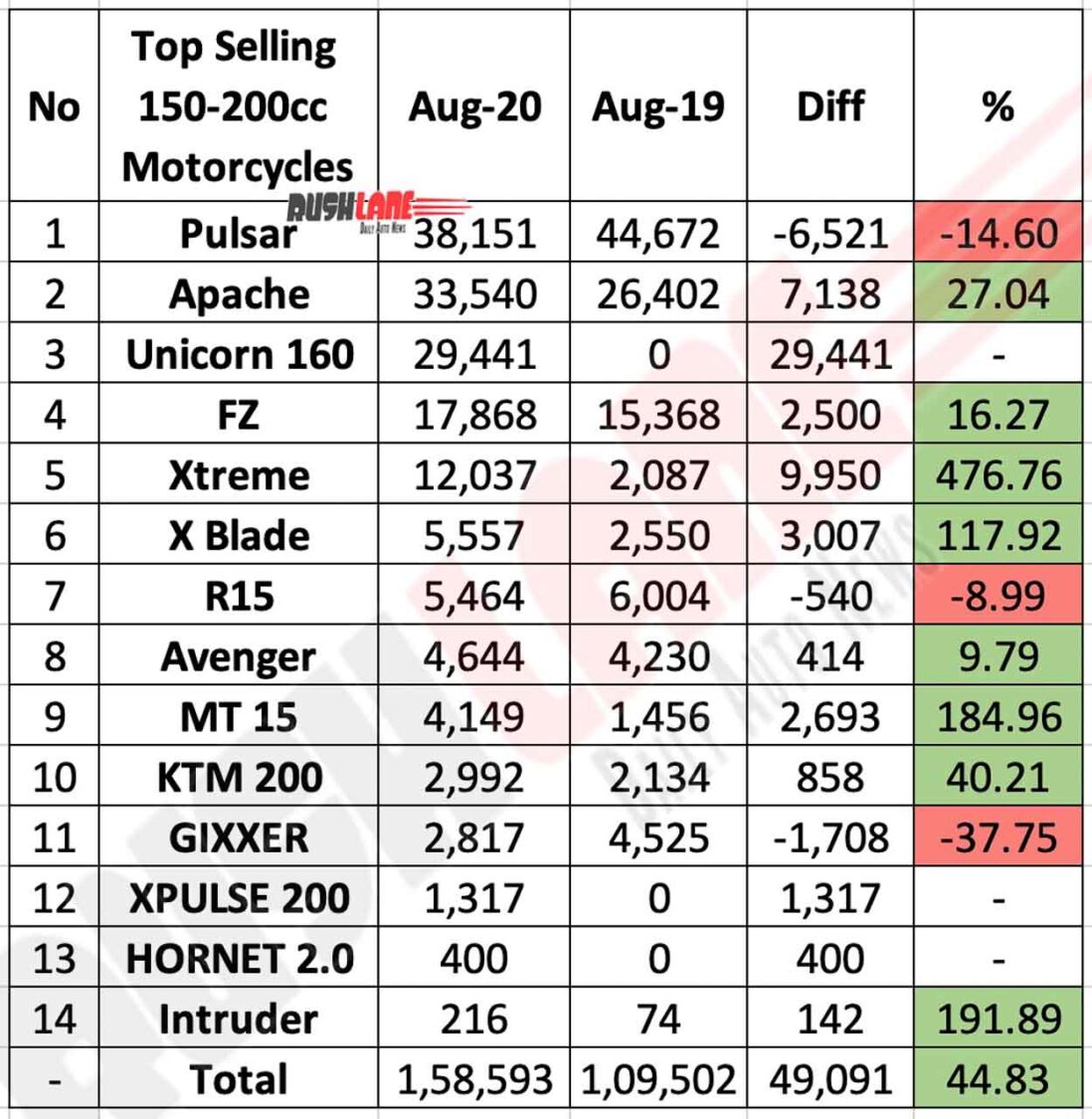 Honda Unicorn 160 takes the third place with 29,441 units sold in August 2020. The BS6 variant was launched earlier this year at a starting price of Rs 93,593 (ex-sh, Delhi). Unicorn 160 is one of Honda’s bestselling products with more than 2.5 million users. The new PGM-FI HET 160cc engine outputs more power and is designed to deliver improved performance, as compared to its predecessor. BS6 Unicorn 160 is also equipped with new features such as engine stop switch and ABS.

Yamaha FZ-FI and FZS-FI take the fourth place with 17,868 units sold in August 2020. YoY gain is 16.27%, as compared to 15,368 units sold in August last year. Yamaha FZ motorcycles are known for their aggressive looks and are equipped with features such as LED headlight, sporty muffler, negative LCD instrument cluster and single-channel ABS. While FZ-FI is priced at Rs 1.01 lakh, FZS-FI retails at Rs 1.05 lakh.