Worry not, because you can easily get your existing cruiser modified to resemble the classic Harley-Davidson. It’s a painstaking job, but costs a fraction of what you would pay to buy a Harley-Davidson motorcycle.

Any of the standard cruisers can be modified such as Bajaj Avenger, Royal Enfield motorcycles, etc. A Delhi-based bike modifier recently performed a full-body modification of Bajaj Avenger 220 to transform it into a Harley-Davidson motorcycle. The final result is exceptionally good with smooth finishing and perfectly synced components. 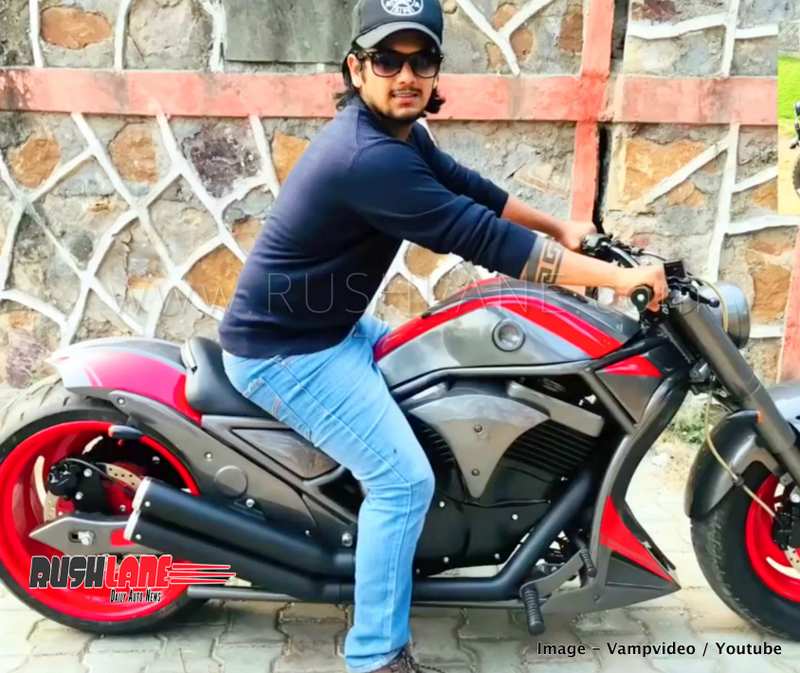 The modifications involve heavy cosmetic changes, but engine and other key mechanics have been left untouched. At the front, there’s a redesigned circular headlamp that houses a HID bulb, a sculpted fuel tank, and beefed up telescopic front forks. Both wheels have been replaced with red coloured alloy wheels that have a stylish blade design.

Rear wheels have huge 240mm tyres whereas front wheels are shod with 170mm tyres. The giant tyres play a significant part in giving the Harley look to Avenger. Both wheels have disc brakes, with the front having dual discs for a powerful look. Only one of the front discs is functional though. 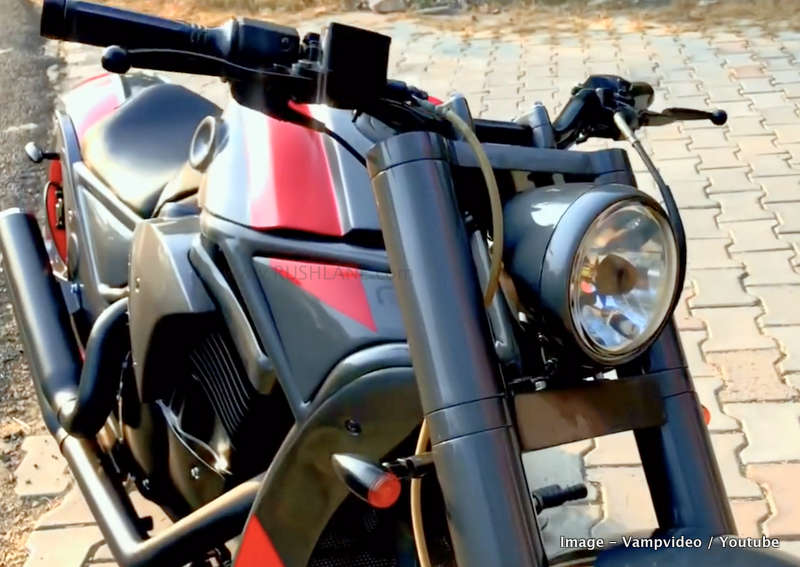 Handlebars appear to be the same as Avenger and the instrument cluster has undergone limited changes. However, ignition has been shifted to the left side, which is a standard feature in Harley motorcycles. Avenger’s twin-seating has been replaced with a single piece saddle, which is also an integral part of Harley design. The single piece saddle has integrated taillights, which looks super cool.

Muscular metallic engine covers have been used on both sides of the bike to represent Harley’s V-twin engine design. Similarly, there are other pieces of cladding that cover many areas of the bike. Superior finishing has ensured that everything fits perfectly and nothing seems out of place. Another interesting addition is two dual exhaust tips that add to the bike’s powerful look. However, it is likely that only one of these two dual exhaust tips is actually functional.

Modified Avenger looks really awesome, but experts say that such modifications do not make practical sense. For example, the extra cladding on the bike may interfere with engine cooling. The large wheels and tyres and the added weight of the cladding may also affect the bike’s balance and manoeuvrability. Such modifications can also get you in legal trouble, as these are not allowed as per existing laws. However, the skills and jugaad of bike modifiers are noteworthy and highly appreciated. They know their job and do it quite well.