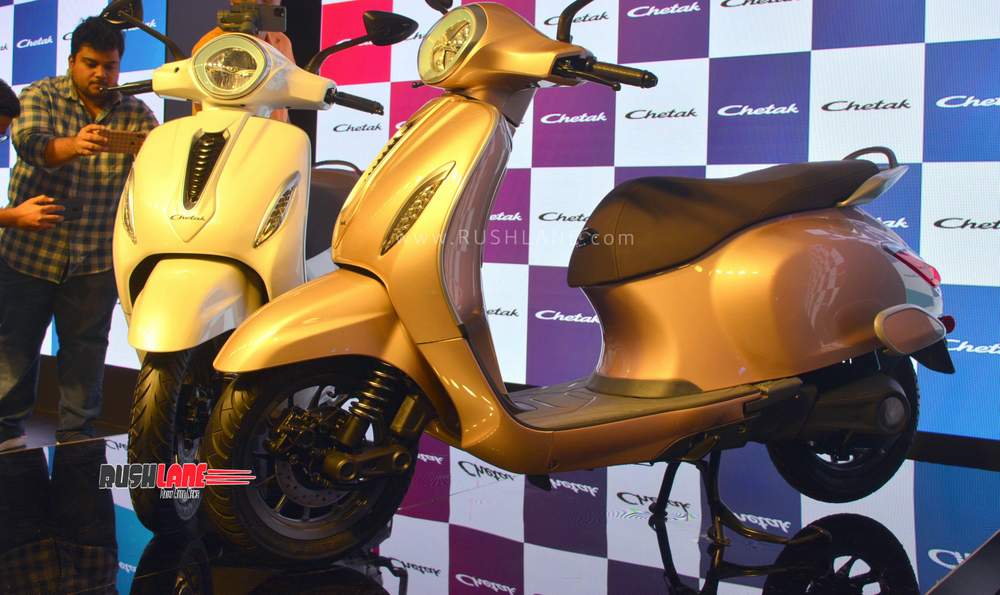 Pratap Bose, VP-Global Design at Tata Motors has shown his displeasure where the design of the new Bajaj Chetak electric scooter is concerned. He has gone to the extent of saying that this is indeed a “Sad day for Indian Design”.

He tweeted this reply when a twitter user had shared a picture comparing the new Bajaj Chetak with two Vespa scooters. Bose cites that the Bajaj e-Chetak is a ripped-off version of Vespa scooters.

Pratap Bose is responsible for the new IMPACT 2.0 design language used by Tata Motors which is seen in the Harrier, the first production vehicle to sport this design. Bose with vast experience in working with international brands among which was Piaggio, states that he is disappointed with the design of the new Chetak. 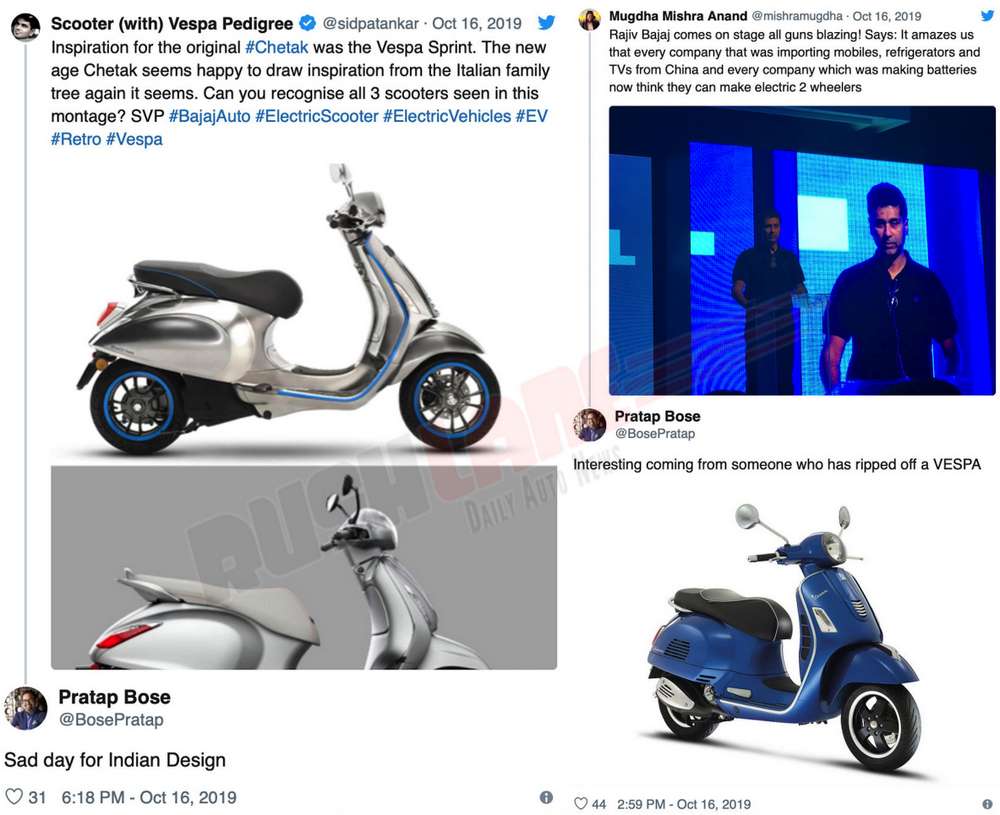 In his opinion, the design of the new Bajaj scooter is a direct take on the Piaggio scooter design and the Indian two wheeler maker has missed the opportunity to create a more unique design for the Chetak electric scooter. It may also be brought to mind that the original Bajaj Chetak, introduced in 1972, was also inspired from the Vespa Sprint.

At that time, Bajaj Auto had licensed the design from Piaggio but went on to launch a new Chetak in 1980s with a completely in-house design. Bajaj Auto Limited introduced the new Chetak electric scooter deviating from their focus on motorcycles, which is their main volume business. The Chetak electric will target a niche segment. 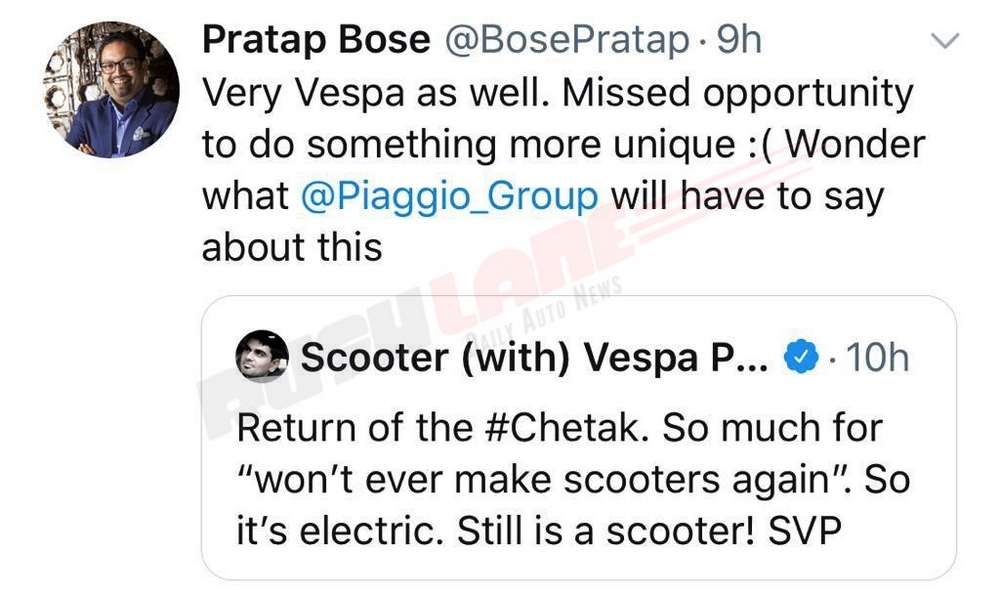 Bajaj Chetak electric scooter is an all electric two wheeler that will be officially launched in India in January 2020. It has entered production at the company’s plant in Chakan from 25th September 2019 while no price has been announced as on date.

Where design elements are concerned, the Bajaj Chetak electric comprises of an all metal body and is presented in a range of 6 colour options. It rides on 12” multi spoke alloy wheels fitted with tubeless MRF Zapper-K tyres, gets an LED headlamp and LED DRLs and a single seat setup. It gets a fully digital instrument cluster and embedded with mobility solutions such as data communication, security and user authentication while a mobile app offers a comprehensive overview of ride history.

The Chetak is powered by an IP67 rated high tech lithium-ion battery pack with NCA cells. It offers two drive modes of Eco and Sport with driving range of 85 kms and 95 kms respectively. Braking duties are carried out via disc brakes at the front and rear with regenerative braking. The battery takes around 5-6 hours for a full charge and there is no option of fast charge. The batteries are also not swappable and are fixed to the vehicle while charging is via a standard 5 amp electric socket.

Once launched, the Bajaj Chetak electric scooter will face competition from similar offerings from Ather, Okinawa, Hero Electric and various other startup companies.