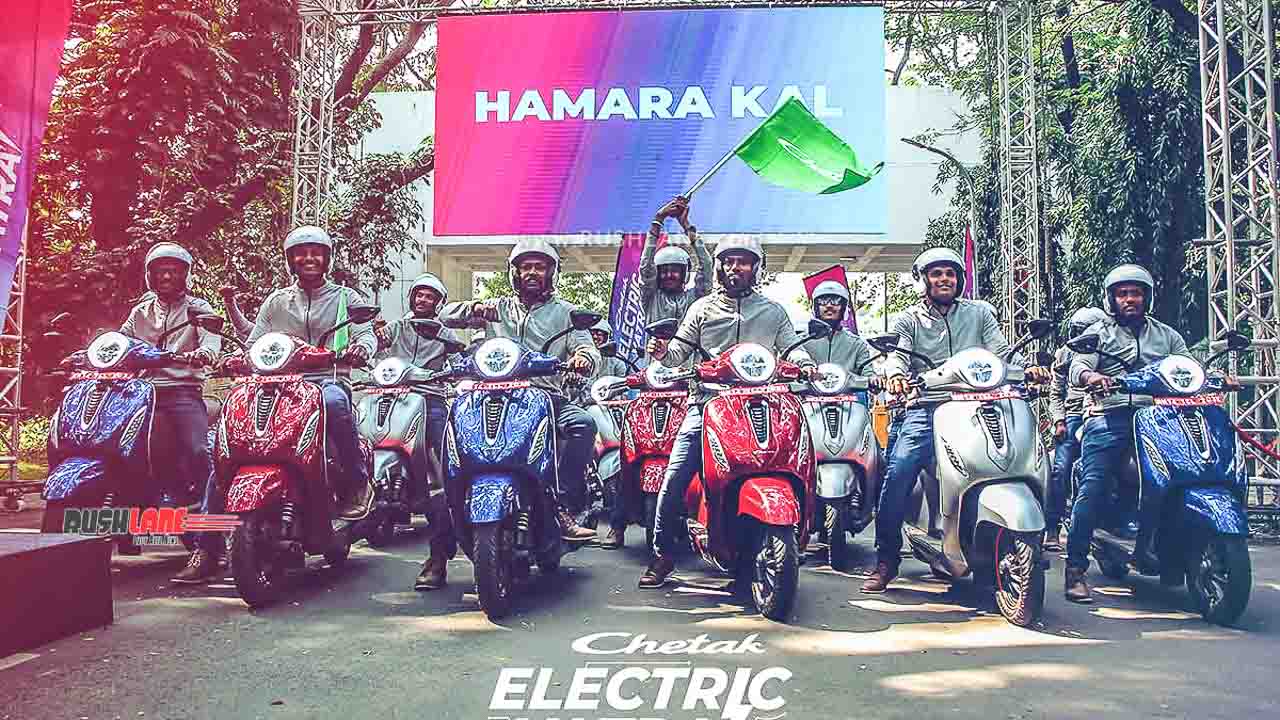 There was a time when scooter meant Bajaj and Bajaj meant scooter. But then, post the arrival of the likes of automatic scooters like Kinetic Honda and then Honda Activa, Bajaj scooter sales started to decline. Ultimately, the company decided to exit the scooter segment for good, and focus only on motorcycles.

Bajaj Chetak electric scooter has already made its global debut last year. Now, it will get launched. On 14th Jan 2019, the e-scooter will be officially launched and price will be revealed.

The Chetak will be initially launched in Pune and then on in Bengaluru. Its price has not yet been revealed as on date, but officials state that an aggressive pricing is what one can expect while the Chetak e-scooter competes head on with the Ather 450.

Tech specs on the new Bajaj Chetak will include a 4 kW(5.36 hp) electric motor mated to an IP67-rated lithium ion battery pack. Though full details are not yet revealed, it is learnt that in Eco mode the e-scooter will claim a range of 100 kms which will reduce to 80 km in Sport mode.

The battery can be charged via a wall socket with a full charge in around 5 hours and upto 80 percent charge in 3.5 hours. The Chetak will sport a tubular single sided suspension in the front and monoshock at the rear while it will also receive a single sided cast aluminum swingarm.

The upcoming Bajaj Chetak e-scooter will sit on 12 inch wheels and will receive disc brake set up in the front and drum brake at the rear. The company is offering a 3 year/50,000 m warranty on the new Chetak electric scooter.

Bajaj has also detailed an extended service interval for the new Chetak to a 15,000 km interval which is higher than that seen on its petrol engined counterparts due to the fact that the e-scooter comprises of fewer moving parts in its Drivetrain thereby equating to lower wear and tear.

Expect prices to be in the Rs 1.3 lakh range. The company claims to make around 2,000 Chetak e-scooters per month at its plant in Chakan, and will increase capacity as per demand.