Bajaj Chetak was launched earlier this year, as the first ever electric scooter from the company

Customers wanting to buy the iconic Chetak in its electric format may soon hear some good news, as Bajaj has revealed that production will soon be restarted. About deliveries, a decision about the same could be taken by mid-July. Earlier, the company had to shut down production operations due to Covid-19 lockdown. Bookings were suspended subsequently. Continuing bookings without production would have caused significant delay in deliveries, something that could have hurt brand reputation.

A positive factor working in favour of Chetak electric scooter is that the company has started getting battery cells from China. This is one of the primary components of Chetak scooter. Its supply was impacted as it was sourced from Wuhan in China, the starting point and epicentre of coronavirus pandemic. This was a major setback for the company. However, with Wuhan returning to normalcy, Bajaj’s supply chain is now up and running.

Bajaj has commenced operations at its Pune plant. This is where the Chetak electric scooter is manufactured. Speaking about the recent developments, Rakesh Sharma, Executive Director – Bajaj Auto said that the battery cells have already arrived at Mumbai port. As soon as these reach the plant, the company will resume production subsequently. 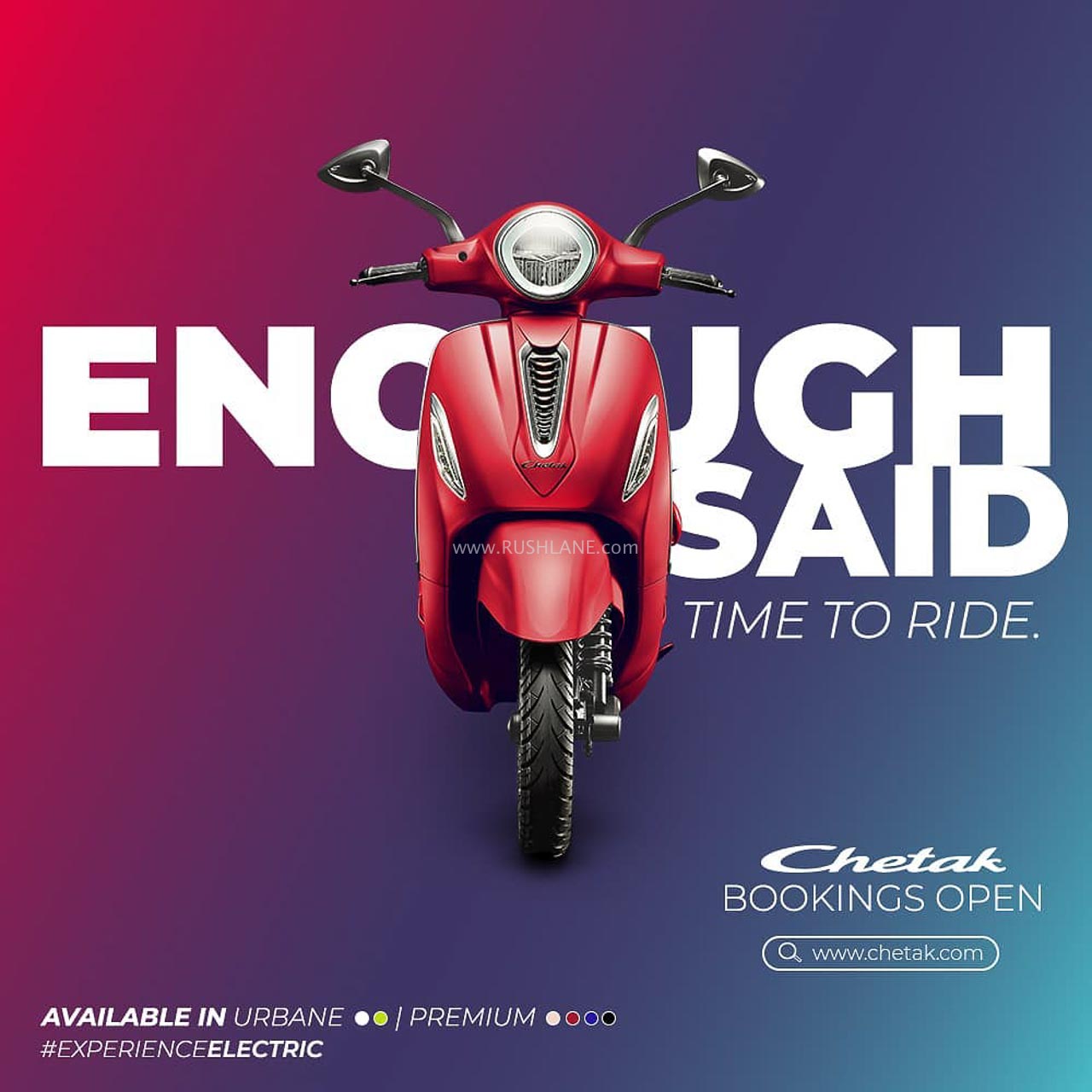 By mid-July, the company expects that supply of other components would also come close to normal levels. As of now, the sea ports are congested, which is causing delays in supply chain. By mid-July, this situation is also expected to improve. This is when Bajaj will take a call on announcing delivery schedule for its Chetak electric scooter.

Bajaj Chetak electric scooter was launched in January. In the pre-Covid era, it was offered for sale in Pune and Bengaluru. It is expected to be launched in more cities in the future. The company is also eyeing international markets for Chetak. Prices start at Rs 1 lakh, making it one of the costliest electric scooters in the country. It is available in Urbane and Premium variants with six colour options. Deliveries of Chetak had commenced from February-end.

Powering Chetak is a 3kWh IP67 rated lithium-ion battery pack connected to a 4.1 kW electric motor. The engine generates max power of 6.44 bhp and max torque of 16 Nm. Available in ride modes of Eco and Sport, Chetak can deliver up to 95 km on a single charge.