Bajaj Dominar is a touring motorcycle that has been built to perform in the harshest of conditions. Tested thoroughly, the bike feels at home, even when the terrain and weather are at its extreme. Multiple owners have shared their impressive stories about the bike on social media ever since it was launched. And these owners are not only from India, they are from across the globe.

One such owner is based in Argentina. Staying in the high altitude region of Argentina, this owner’s Bajaj Dominar 400 was fully covered in snow when he was about to head out. After clearing a bit of snow, the biker tries to turn on the motorcycle, and voila. Watch the video below to see for yourself. Video by Fabricio Iriarte.

Even in temperatures of about -10 degrees C, the 373.3 cc single cylinder from the Duke family performs brilliantly. At the first touch, the engine comes to life. Mated to a 6-speed gearbox, this engine on Dominar delivers 35 PS of power and 35 Nm of peak torque. Even other functions, like the ABS disc brakes, LED headlights, instrument cluster, etc all function as normal.

This tells us a lot about the built quality of the Dominar 400. Earlier, Bajaj had shown how the Dominar 400 became the first ever Indian motorcycle to complete the Trans-Siberian journey. Such updates are definitely inspiring for those bikers who are looking for a tough tourer. But, Dominar sales have not been that inspiring. 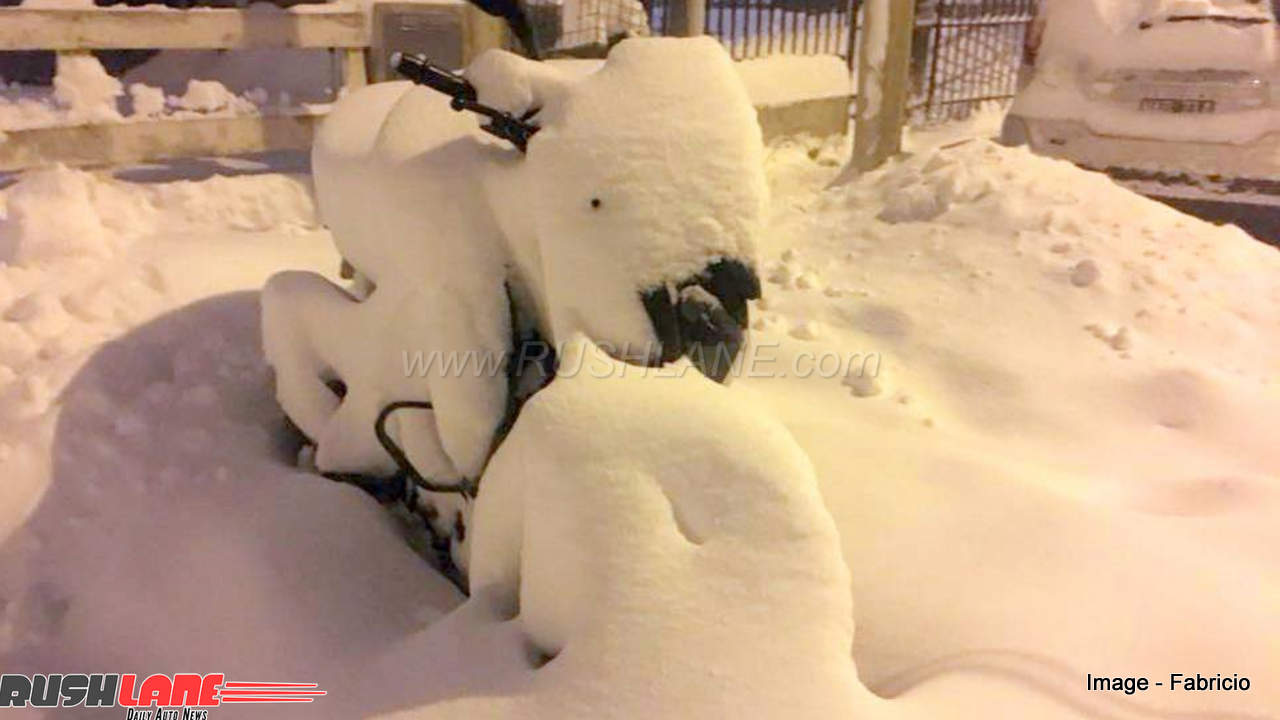 Bajaj has been trying out multiple strategies to help Dominar do what it was originally intended to do, i.e. dominate the market, though results haven’t shown much of progress, as of yet. They aim selling 10,000 units a month, but are managing about 2,000 to 3,000 units a month.

Most Dominar owners believe that Bajaj is trying too hard to compete with Royal Enfield, which is where they are getting wrong. Instead of focusing more on demeaning their rival in ads, they probably should let their owners do the talking, who are more or less very happy with the overall product.