Bajaj Dominar 400 for Police – Bad boys, Bad boys, what you gonna do?

Bajaj Dominar 400 police bike was showcased in Turkey at the Motobike Istanbul exhibition held from February 22-25, 2018. Specially kitted-up for Istanbul Police, Bajaj Dominar 400 was on display at the exhibition along with Bajaj NS 200 Adventure Edition, Bajaj V15 and also Pulsar 135 LS.

Bajaj Dominar 400 police bike sported a number of modifications with the Istanbul Police livery and also displayed the word “Polis” which is the Turkish word for Police. The changes included a rear luggage box, siren, taller windscreen, red and blue emergency lights and a headlamp protector along with hand guards.

Bad boys, Bad boys, What you gonna do when they come for you? 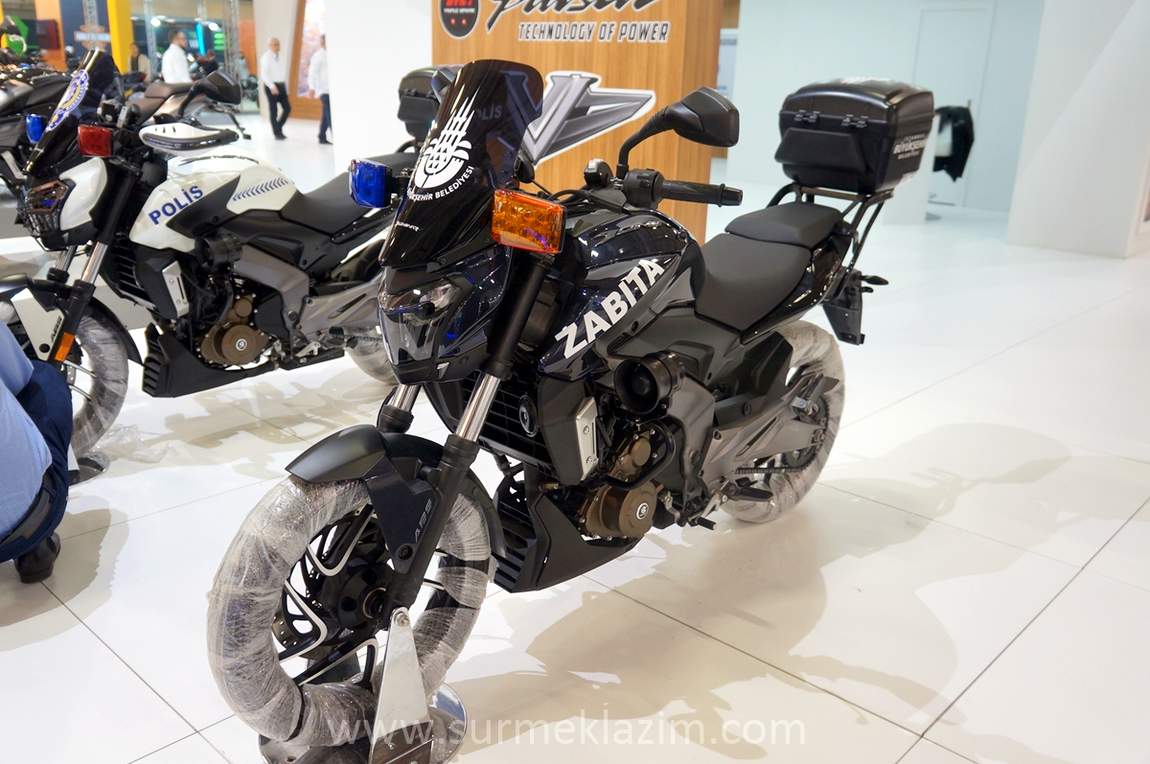 Bajaj Dominar 400 is presented in color options of Midnight Blue, Twilight Plum and Moon White but it was the Moon White bike that will be used by the Police Department and Istanbul Metropolitan Municipality Police. It also sports features of LED headlamp, fully digital instrument console and dual channel ABS. It gets disc brakes in the front and rear and alloy wheels.

No mechanical changes are seen on the Bajaj Dominar 400 for Istanbul Police Department which continues to be powered by a 373.2cc, single cylinder, fuel injected engine offering 35 bhp power and 35 Nm torque mated to a 6 speed gearbox with slipper clutch. The regular Bajaj Dominar 400 is sold for TRY 21,950 (INR 3.76 lakhs) in Turkey. 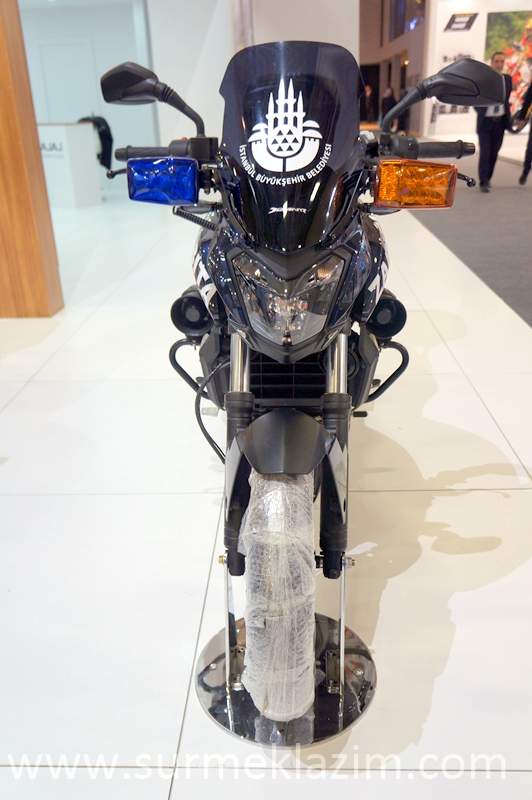 Made in India by Bajaj Auto, the Dominar 400 is their flagship product. Powered by the same engine as seen on the KTM Duke 390, Dominar is a more purpose built motorcycle for touring and city commuting. The engine is tuned to deliver 35 PS and 35 Nm, which is lesser than that of Duke 390.

From the onset, Bajaj has tried to market Dominar 400 to probable Royal Enfield customers. Unfortunately, this has not proved to be the right approach. There has been no impact on the sales of RE (which continue to rise 30% every month), while sales of Dominar have stagnated in the region of 2,000 to 2,500 per month. A new marketing strategy, which does not pitch it is a rival to RE could help boost sales.