Bajaj Dominar Black modified into a scrambler – Yay or nay?

Bajaj Auto’s Dominar 400 is currently one of the best single-cylinder sports motorcycles you can buy. The ‘sports cruiser’ offers considerable value for money compared to other names of the segment in almost all markets it is available. Besides getting BS6 update, the 2020MY Bajaj Dominar has also received a ‘250’ sibling to take on the popular names in the 200-250cc category. Thanks to a capable platform, shared with KTM’s ‘390’ range, the Bajaj Dominar 400 packs enough punch to support some aesthetic and mechanical creativity.

We have shared several Dominar-based modifications in the past, including a sports tourer example. The Bajaj Dominar is a bit on the heavier side but with the right set of alterations, one could find a workaround. MC Customs Ph, based in Las Pinas City in the Philippines, has customised a Bajaj Dominar (pre-facelift) to a scrambler. The Philippines is one of the biggest export markets for Bajaj Auto.

Dubbed as ‘Lino’, MC Customs Ph has not entirely stripped down the donor motorcycle in true scrambler fashion. Instead, the firm has added some key design components that essentially make it a ‘neo-scrambler plus streetfighter’ hybrid avatar. We find the mod interesting but if a person points out that its original format was better, we would not disagree either. 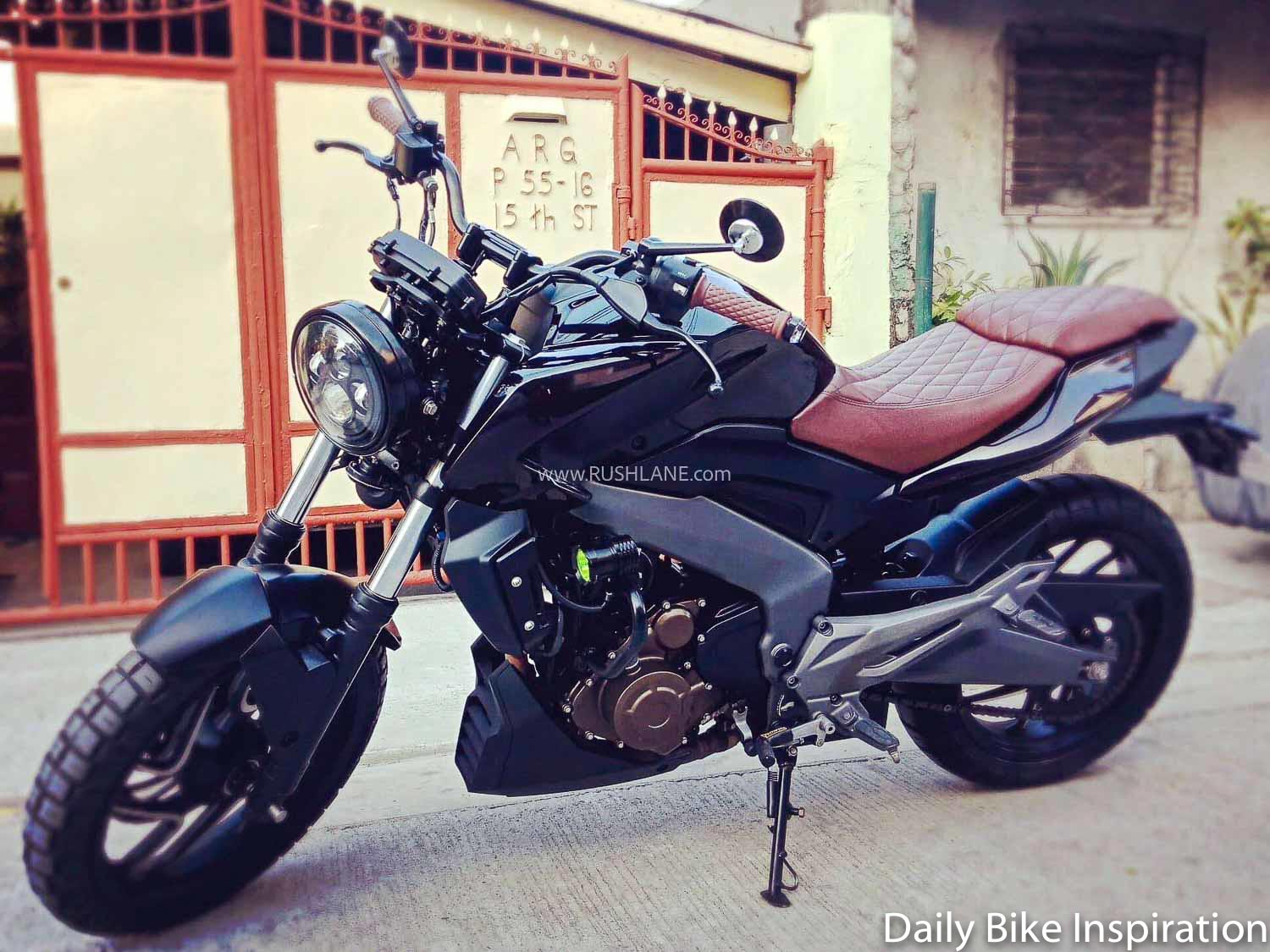 Erubz Junio, the client of MC Customs Ph’s ‘Lino’ project, had previously owned various middleweight motorcycles such as Kawasaki’s ER6N and Ninja 650. He was on the lookout for a used motorcycle to be used as a daily but wanted something different from the usuals. Soon enough, he was able to come across a Dominar 400 at a good price. Meeting with MC Customs Ph, he had a ‘modern classic’ project in mind as a tribute to his late father who was also into motorcycles.

Compared to a stock Dominar 400, the changelog is not extensive but just enough to change its character (in terms of styling). The list includes aftermarket round LED headlamp, circular mirrors, raised handlebar, bar-end turn signals, dual-sport tyres, tan seats and handle grips and a gloss black paint finish. MC Customs Ph has a nice portfolio of custom-built scramblers, cafe racers, cruisers and tourers; most of which are shared on its Facebook page.