Bajaj Dominar 400 is one of the most loved touring motorcycles in India currently. At a sub-Rs 2.0 lakh price, it is also the most affordable in its category. With good performance and reliability, this motorcycle has fulfilled both purposes of daily commuting and touring.

Bike modification is a common exercise among the biking community in India. Most bikers wish to have an exclusive sense of identity when they ride their bikes hence they get them modified according to their preference. The Dominar range is also one that supports after-market modifications quite well.

The mixture of white and black with a healthy dose of red accentuates its sporty appeal. The number of modifications rendered are plenty and look tasteful on the touring machine. All GFX work has been done at a local customization shop in New Delhi. Total cost for the decals is Rs 2,500. Including the labour charge, total cost is Rs 3,500. 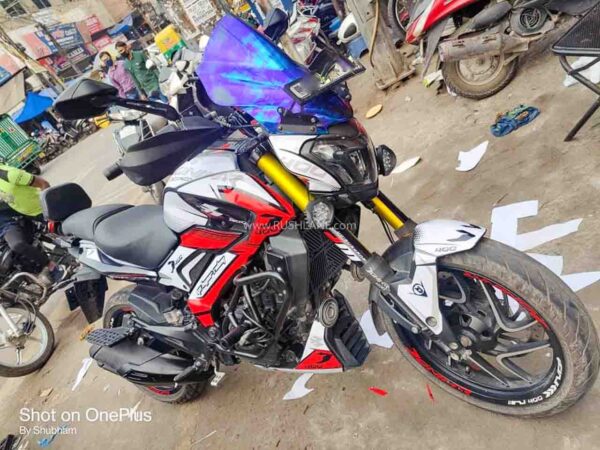 The most notable highlight is the coloured translucent windscreen from carbon racing. The golden colour of the inverted forks at front adds a nice contrast to the overall look of the bike. The headlamp cluster and indicators get a new setup which resembles Audi range. LED fog lamps from HIG have been installed at the front forks. 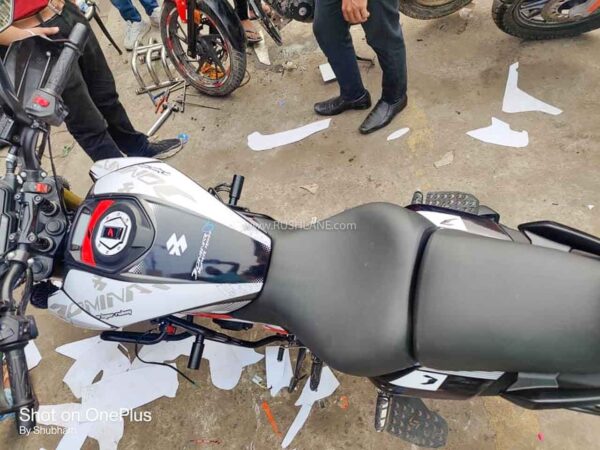 Other significant highlights include a radiator guard from Zana, a crash guard, raised handlebar, handguards, a backrest for a pillion and a foot-rest on the exhaust muffler. The owner reveals that he has also modified the seat by adding extra comfort foam which provides better cushioning even at longer distances. 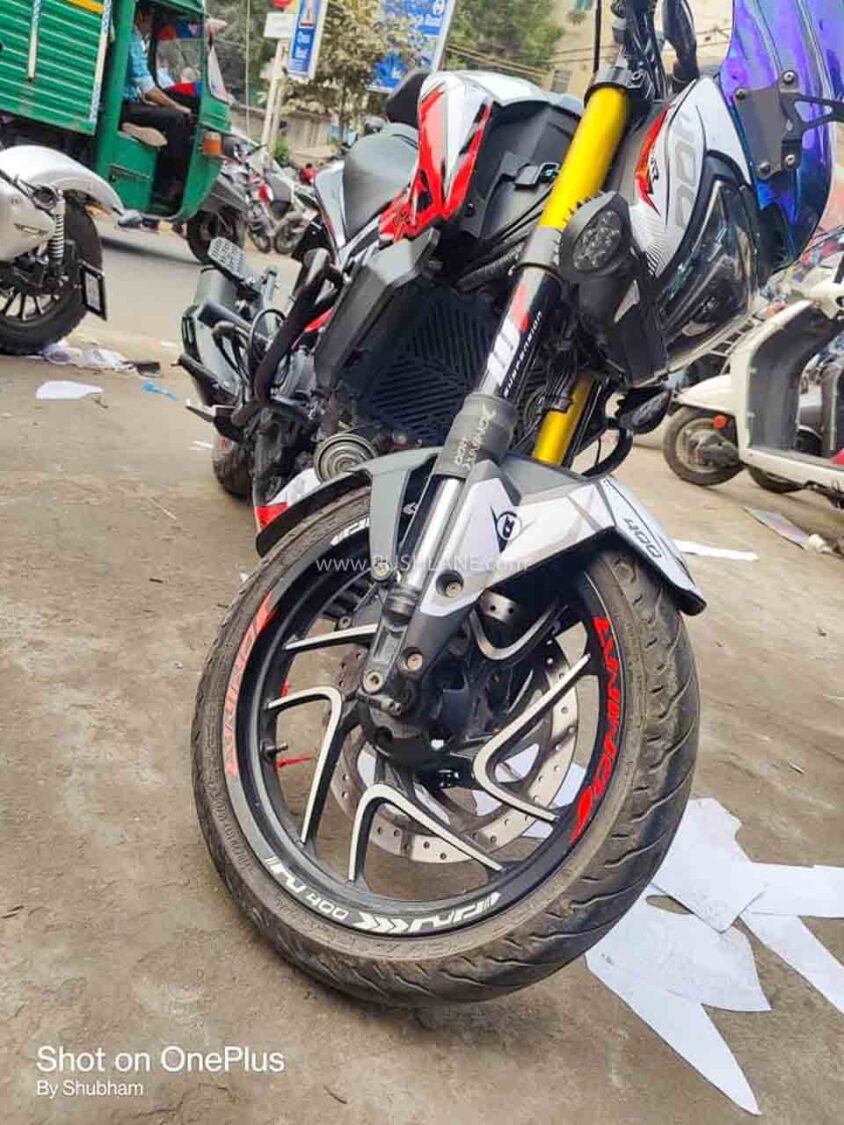 By the looks of it, there have been no mechanical updates made. The suspension duties are carried out by USD inverted front forks and mono-shock at rear. Disc brake at both ends with dual-channel ABS carry out anchoring duties. 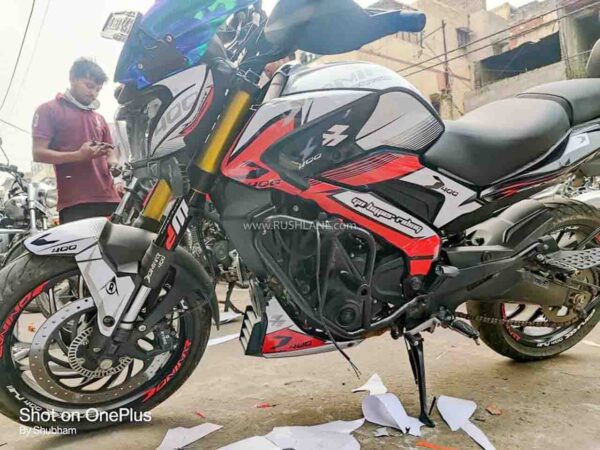 Additionally, it also gets a radial caliper for the braking system upfront. Most of its components have been borrowed by KTM Duke 390. 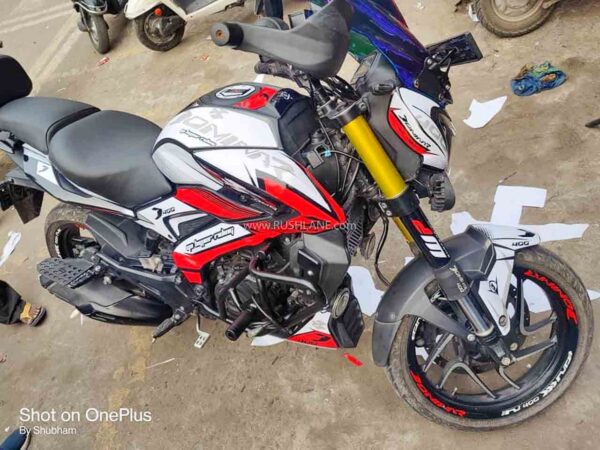 The same holds true for engine and transmission. It is powered by a 373.2cc single-cylinder liquid-cooled DOHC engine which churns out 39.4bhp at 8650rpm and 35Nm of peak torque at 7000rpm. This unit is paired with a 6-speed gearbox. 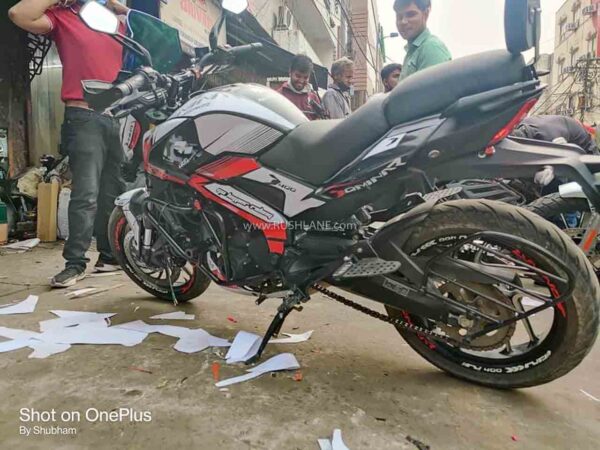 It tips the weighing scale at 187 kg and has a capacity to hold 13 litres of fuel. Earlier this year, Bajaj launched a smaller displacement of Dominar in the quarter-litre segment.