Bajaj Auto Limited has once again hiked prices of its flagship motorcycle Dominar 400. This is the fourth hike this year and the sixth since launch in December 2016. 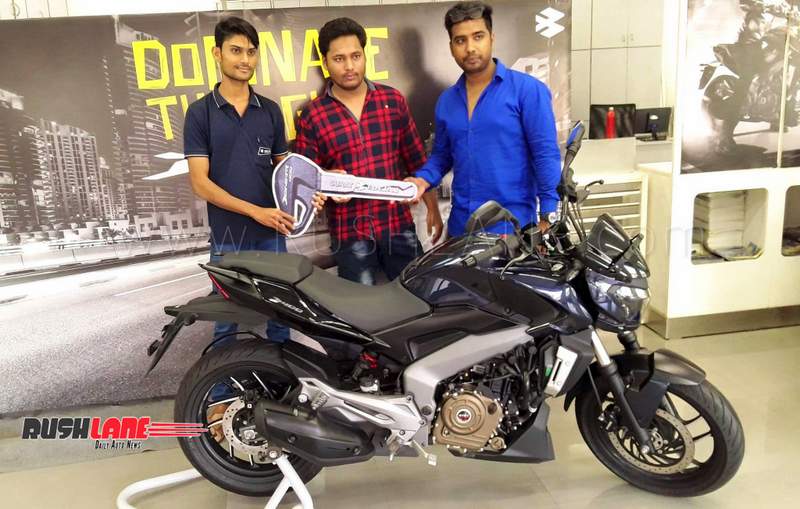 The last price hike in July 2018 along with the company hiking prices by Rs 2,000 each time previously, the total hike since launch is at Rs 12,000. With the latest price hike, the Dominar 400 is approaching price of the Royal Enfield Himalayan which is currently priced at Rs 1.68 lakhs. No reasons for these repeated price hikes have been revealed but if this continues, sales could be adversely affected.

Bajaj Dominar 400 is powered by a 373cc, 4 stroke, single cylinder engine offering 35 bhp power at 8,000 rpm and 35 Nm torque at 6,500 rpm mated to a six speed transmission. The Dominar 400 gets triple spark plug ignition and is seen with telescopic front forks and rear monoshock. Braking is via 320 mm disc brakes in the front and 230 mm discs at the rear while dual channel ABS is offered as an option.

Bajaj Auto Limited is now ready to launch the facelifted Dominar 400 early next year when it will be sold as the 2019 Dominar. The bike has been seen on test on numerous occasions. It will be seen with new features with upside down front forks, new handlebar design, a refreshed exhaust and a host of other changes as compared to that seen on its current counterpart.