Bajaj Dominar vs Royal Enfield tug of war – Who wins?

Bajaj launched Dominar so as to eat into the market share of the lucrative sub 500cc segment motorcycles. In this segment, the current leader is Royal Enfield, with a staggering 85% market share.

Just last month, the company posted their best ever sales – selling a record 76,187 units in a single month. And guess what, this is just the beginning, if we are to believe an insider report from the company. Royal Enfield is set to post even better sales in the coming years. As far as Bajaj is concerned, launched in Dec 2016, sales of Dominar hover in the region of 2,000 units. As such, they are yet to make any difference to the sales figures of Royal Enfield. 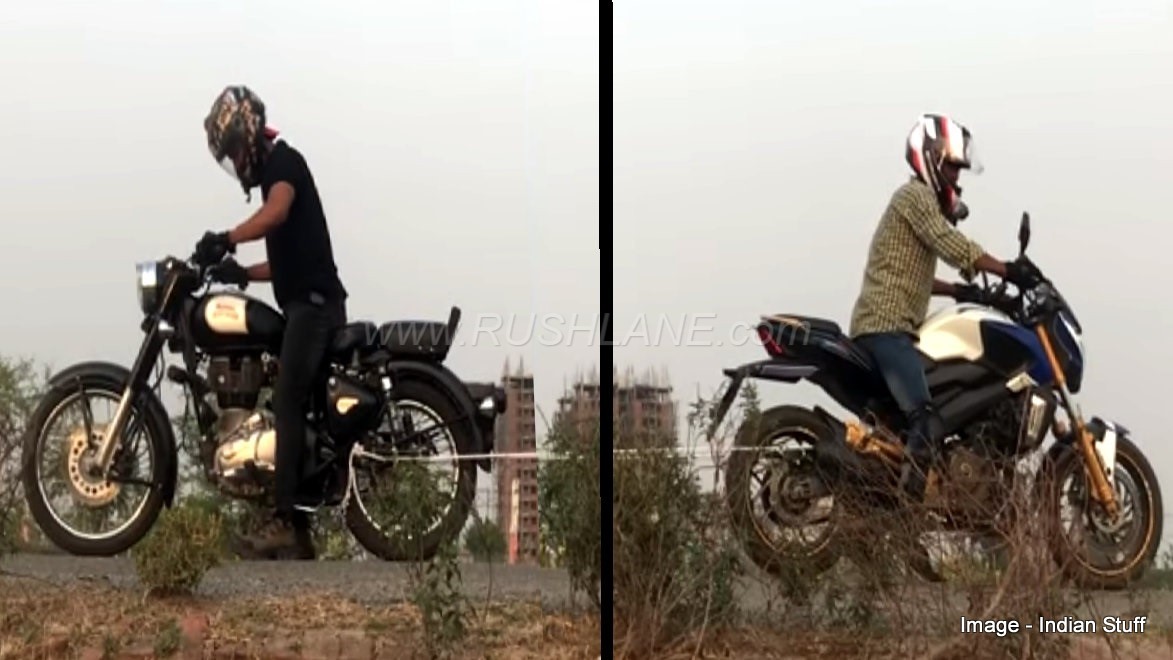 By showing the Royal Enfield as a Haathi (An Elephant) in their ads, Bajaj has conveyed the message that RE motorcycles are not only inferior to the Dominar in every possible way but are also not reliable and outdated. Crores of rupees have been spent in marketing and advertorials of the Bajaj Dominar, but even then, Royal Enfield remains the undisputed champion in the segment, and that too without spending those crores on marketing and ads.

As far as sales, management tactics, market share is concerned, Royal Enfield is a clear winner. But is it also the winner when it comes to performance, power, reliability?

Youtube motovlogging channel, Indian Stuff has posted an interesting video – a tug of war between Bajaj Dominar and Royal Enfield Classic 350. Fondly referred to as plastic vs metal (Royal Enfield owners believe that their motorcycle is made of metal and everything else is plastic), below is the video.

If not able to view above, you can watch the video on Youtube.