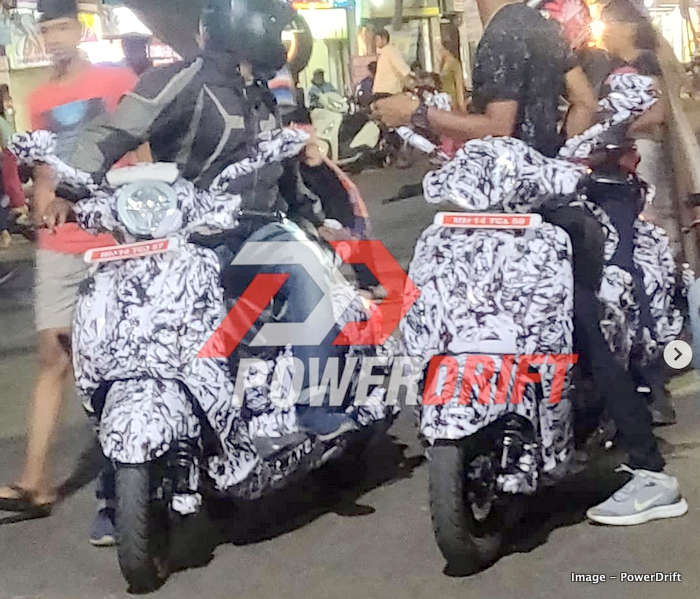 Bajaj electric scooter prototypes are starting to emerge in public quite often now, suggesting that the official unveil is not far away. If everything goes as per Bajaj Auto’s plan, we should be seeing the electric scooter in all its glory before the end of 2019. Bajaj has created a new sub-brand called Urbanite, which will deal with EVs.

The latest spyshots reveal the front end styling of the scooter which conforms to the design previewed by the leaked sketches. Bajaj has opted for retro-classic design with Vespa-like smooth and curvy surfaces. The circular headlamps feature what looks like LED DRL outline (the main element is probably LED too) while the turn indicators are embedded in the front apron. The scooter appears to be equipped with telescopic front fork.

Rajiv Bajaj, Managing Director of Bajaj Auto, had previously stated that the Urbanite brand would be aiming to become Tesla of India. So expect the scooter to have a premium positioning. This is confirmed by the presence of front disc brake (ABS or CBS would be standard as per the new regulations). 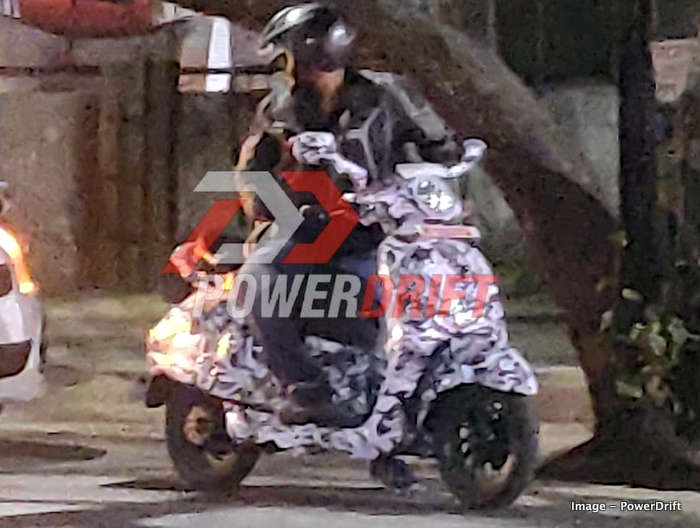 Technical details of the Bajaj Urbanite scooter is unavailable as of now but so far, both IC engined and electric variants have been spotted testing in and around Pune. The electric version will be pitted against the Ather 450 which is currently enjoying a good demand from tech-savvy urban audience. It is reasonable to assume that the e-scooter will be loaded with advanced connectivity features, fully digital instrument console with navigation support, USB charger, smartphone app (for security, data collection and processing, etc) and so on.

Bajaj is most likely to opt for a lithium-ion battery pack which is good enough for a range of at least 100 km. A top-speed of over 80 kmph is plausible. Undoubtedly, the company will be aiming to take advantage of the FAME-II subsidy which ranges from INR 5,000 to 26,000 depending on the scooter’s specifications.

Given that Bajaj Auto has a well established vendor base and better economies of scale than most of the EV start-ups, it would be able to price the Urbanite electric scooter at a very competitive price tag. Moreover, the two wheeler giant’s extensive dealer network would help it cover the entire country quicker than its rivals who are expanding at the rate of one city at a time.