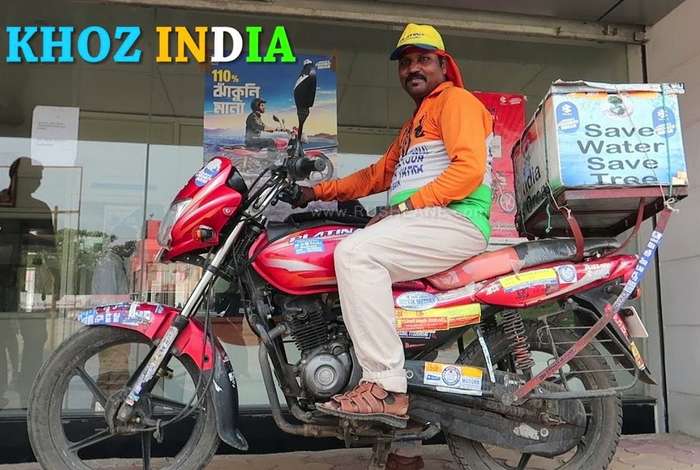 People usually invest a great deal of money in buying specialized touring bikes, but this man from Maharashtra has proved that even 110 cc commuter bikes can be just as effective. Coming from a small village named Koregaon in Satara district of Maharashtra, Vikas Jagannath Shinde has till date travelled 2,87,000 km on his Platina that he purchased in 2015. As the bike has proved to be his true companion, Shinde calls it his second wife.

Shinde has been an explorer since his childhood days and he started touring on a bicycle when he was in school. Being a farmer’s son, he says that he could not afford anything better. As he grew up, the urge to explore became stronger, which prompted Shinde to start saving.

Shinde recounts some interesting challenges that he faced along the way and explains how Platina never failed him. He talks about this one incident in Manali, where he was stopped by authorities. He was told that his Platina was too small to take on the high mountain roads and he has to find other alternatives if he wanted to visit Leh and Khardung La. Unfazed, Shinde met the collector in Kullu, explained his situation and got the permission to take his Platina to the world’s highest motorable road.

Shinde says that this was the time he became a true fan of Bajaj Platina, as the bike performed amazingly in the hills. Even local people told him that they haven’t seen anyone using a small bike in the hills. Shinde has been so impressed with Platina that he now wants all of India to know his story.

According to Shinde, his Platina never gave him any major trouble and the engine still starts on first try. The bike has only undergone the usual servicing, oil change and used several sets of new tyres. He hasn’t had any trouble with his back or knees either, which is often experienced by long distance bike riders. His next target is to achieve 5 lakh km on his Platina, which will be a new record.