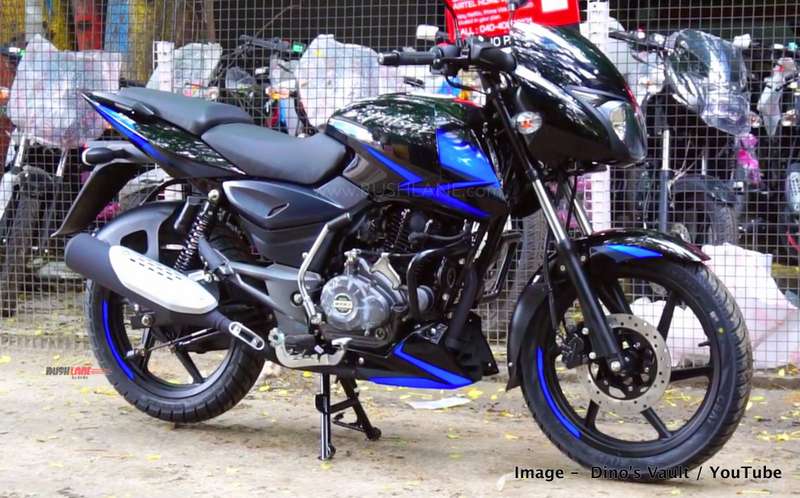 Last month Bajaj Auto announced the launch of their most affordable Pulsar motorcycle – the Pulsar 125. Priced from Rs 66,618, ex-sh; until now it was only offered in a single trim of Pulsar 125 NEON. But now, Bajaj is getting ready to launch a new variant, which will most likely be called Pulsar 125 single disc.

Apart from the different graphics, colour options and the decals, the new Pulsar 125 is differentiated by the Neon 125 thank to the presence of a split seat. Pulsar 125 Neon gets a single seat option.

Youtube channel Dino’s Vault has managed to do a detailed test ride review as well as shoot a walkaround video of the new Pulsar 125, which is currently being dispatched to dealers across India. Watch the detailed review video below.

Some dealers have received the new Pulsar 125 split seat variant, and have started accepting bookings. As per dealers, price of the Bajaj Pulsar 125 with split seat is expected to be priced about Rs 3-5k more expensive than the Pulsar 125 Neon.

Thanks to the new decals seen on the Pulsar 125 split seat, it now looks exactly same as the Pulsar 150 twin disc variant. 2019 Bajaj Pulsar split seat is seen in two colour options of Black with Red accents as well as Black with Blue accents.

Powering the Bajaj Pulsar 125 is a 125cc, air cooled engine from the Discover 125 currently on sale in the country. This engine delivers 12 PS of power and 11 Nm of torque via a 5 speed gearbox. This is a BS4 compliant engine. BS6 engine will be launched at a later date.