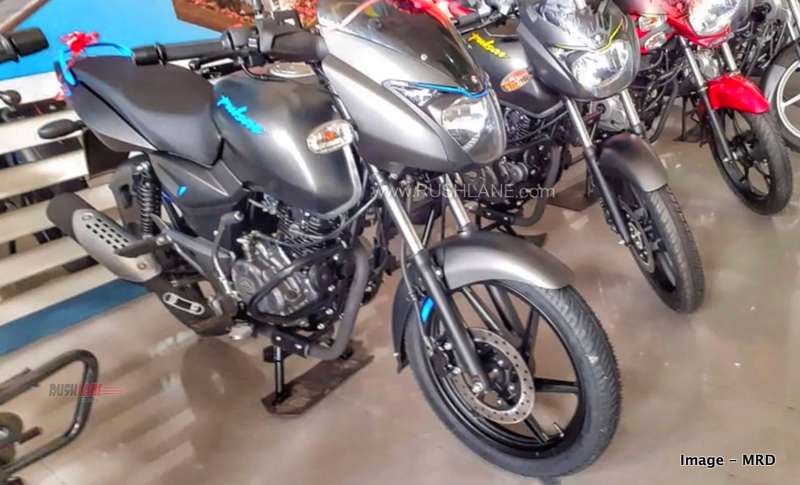 Bajaj Pulsar 125 is all set for India launch. Ahead of that, the first examples of the bike have started arriving at Bajaj dealers in India. Dealerships are accepting bookings. Bajaj Pulsar 125 will be launched in overseas markets too, exported from India.

A Youtube video report puts the price of Bajaj Pulsar 125 at Rs 65,000 ex-Delhi. Bookings for the same are now being entertained. At this price point, cost difference between a 125 and 150 are almost negligible. For a 125cc offering it could look pricey when compared to competition but the product proposition is of a sport-commuter bike.

In the Mexican market, Pulsar 125 returns 12 hp. The bike features a front disc brake and rear drum brake, and is mated to a 5-speed gearbox. CBS is offered as standard. This is quite similar to what’s expected in the Indian market. Watch the detailed walkaround video by YouTube channel MRD below.

Bajaj Pulsar 125 is likely to use the engine doing duty in Discover 125 – 124.5cc air-cooled carburetted engine. Engine performance is pegged at 13.5 bhp. and 11.5 Nm of peak torque mated to a 5-speed gearbox. In India, CBS is mandates by the government for bikes upto 125cc.

With safety concerns addressed, it’s likely Bajaj Pulsar 125 may debut in its BSVI guise. A condition that all auto manufacturers need to adhere to by March 31, 2020. BSVI transition isn’t the difficult proposition here but the preparedness of fuel stations to be able to supply BSVI fuel without any hurdles.

On the design front, Pulsar 125 draws heavily from Pulsar 150. This of course helps the company benefit from economies of scale. The headlamp cowl, digital-analogue instrument console, fuel tank and long seat are shared properties. Even the alloys and tyres, look similar to that of Pulsar 150.

It is to be noted here, that the Pulsar 125 for India, is not the same bike, which is sold as Pulsar NS 125 in Colombia. That is a more expensive bike, and is not expected to be launched in India.