The new Bajaj Pulsar 150 with bright red accents, logo on fuel tank and grab rails etc, which was first spied last month, has finally been launched. There are two variants are on offer as of now. One is with Red accents, the other is with Silver. More colour options will be on offer soon.

This new Pulsar 150 Classic ditches its contrasting body panels as seen on its regular counterpart and incorporates contrasting coloured accents on its pilot lamp housing, central panel, wheel rim and gets grab rails and red colored ‘150’ 3D logo on tail section and fuel tank. Other than these, there are no other changes noted. 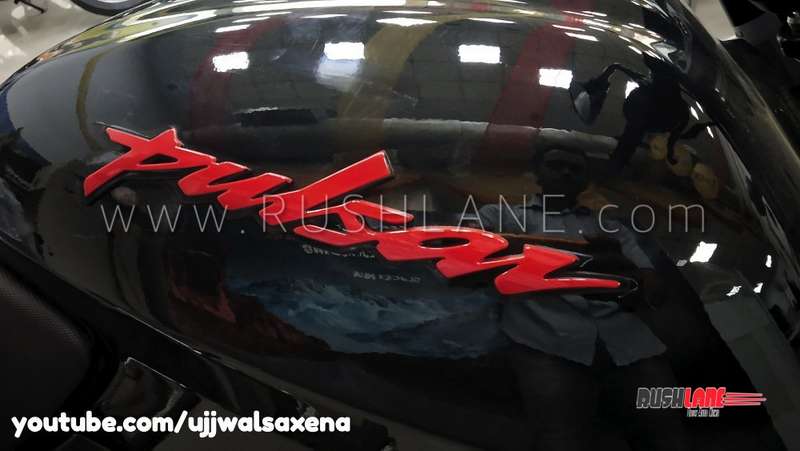 The bike gets telescopic forks in the front and twin gas charged shock absorbers at the rear. Braking is via single 240 mm disc in the front and 130 mm drum at the rear. There is no rear disc brake variant on offer. It does not get the ABS yet. The company is currently working on the Pulsar 150 with ABS to comply with new safety standards coming into effect which demands ABS for all two wheelers above 125cc.

The Bajaj Pulsar 150 with ABS setup has also been spied on test and could launch in India sometime in 2019. Apart from the safety feature or ABS, the Pulsar will also get some cosmetic changes with contrasting body color and new belly pan while engine specifications could also be modified with a new BS VI compliant unit.