The customisations were done by Pune-based Ace Customs Motorcycles

Motorcycle customisation is an active form of business in India’s automotive scenario. Over the years, we have come across many interesting modifications done to popular names on the two-wheeler market. Some of these examples are exceptionally good as well — such as the recent creations based on Royal Enfield’s 650 Twins. Vehicle customisation is no easy process and is often done to express one’s creativity and engineering expertise.

Pune-based Ace Customs Motorcycles has chosen a few Bajaj products and tried to bring their aesthetics as close as possible to popular Harley-Davidson models. The donor motorcycles mostly include the Bajaj Pulsar 180, Avenger 180 and Avenger 220. Rohit Wahurwagha, who owns Ace Customs Motorcycles, shared that his firm is presently working on a few projects, held up due to COVID-19 lockdown.

Rohit is confident that Ace Customs Motorcycles can mod any motorcycle according to the client’s requirement. Outside the field of motorcycle customisation, Rohit works in the IT sector. He engages in his motorcycle projects mostly over the weekend and plans to grow the passion for bike modification into a full-time profession. Coming from a non-automotive background, his works have been decently executed (especially considering there was not much external help). One of these projects was documented in a video. 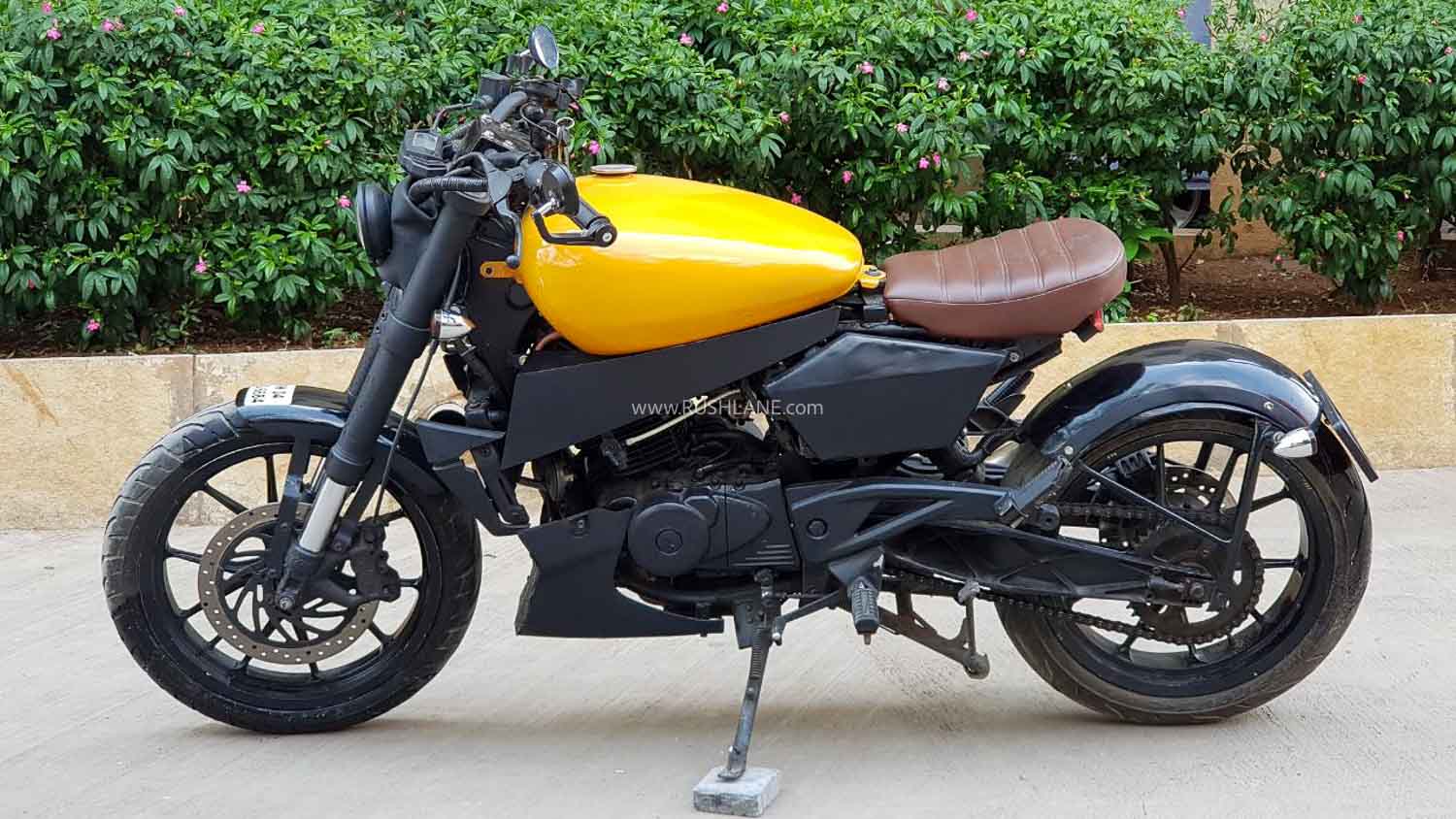 As mentioned before, Ace Customs Motorcycles have mostly undertaken customisations based on Bajaj products. The firm has modified a Bajaj Pulsar 180 into a ‘Harley Bobber’, complete with the factory fuel tank of a Harley-Davidson Street 750. The motorcycle sports USD front forks and a rear monoshock suspension among other custom body components. The styling definitely turns some heads since the only single-cylinder or affordable bobber on the market is Jawa Motorcycles’ Perak.

Ace Customs has also modified a Bajaj Avenger 220 into a conventional Harley-Davidson design. The cruising characteristics of the Avenger were retained but in a different approach. Either Avenger model differs from each other just by their seating configuration. The yellow fuel tank is the same unit from Harley’s Street 750.

Finally, Ace Customs Motorcycles has converted another Bajaj Avenger (this time it’s a Street 180) to what seems like a Harley-Davidson Forty-Eight. The tank was borrowed from a Harley-Davidson Iron 883. The wheels are much bigger and there’s an exposed air-intake which takes inspiration from the American motorcycle maker’s custom parts. Ace Customs Motorcycles are eagerly looking forward to the withdrawal of COVID-19 lockdown protocols to continue with its pending projects.