The Indian automotive industry has been busy updating products across various brands and categories to the new BS6 emission specifications. While a large chunk of the market has become BS6-compliant, certain popular models are still waiting for the update. This includes the Bajaj Pulsar 180, 220, NS200 and RS200. Meanwhile, Bajaj has also introduced the Dominar 250 at Rs 1.60 lakh ex-showroom to compete in the 250cc category — see full details.

As per regulations, no BS4 vehicle can be legally sold and registered in the country post 31 March 2020. For the same reason, various dealerships are offering compelling discounts for the remaining BS4 stock. The BS4 Bajaj Pulsar range also comes in the category. Now, the basic specs and details of the BS6 Bajaj Pulsar 180, 220, NS200 and RS200 have been leaked from an official ARAI document. 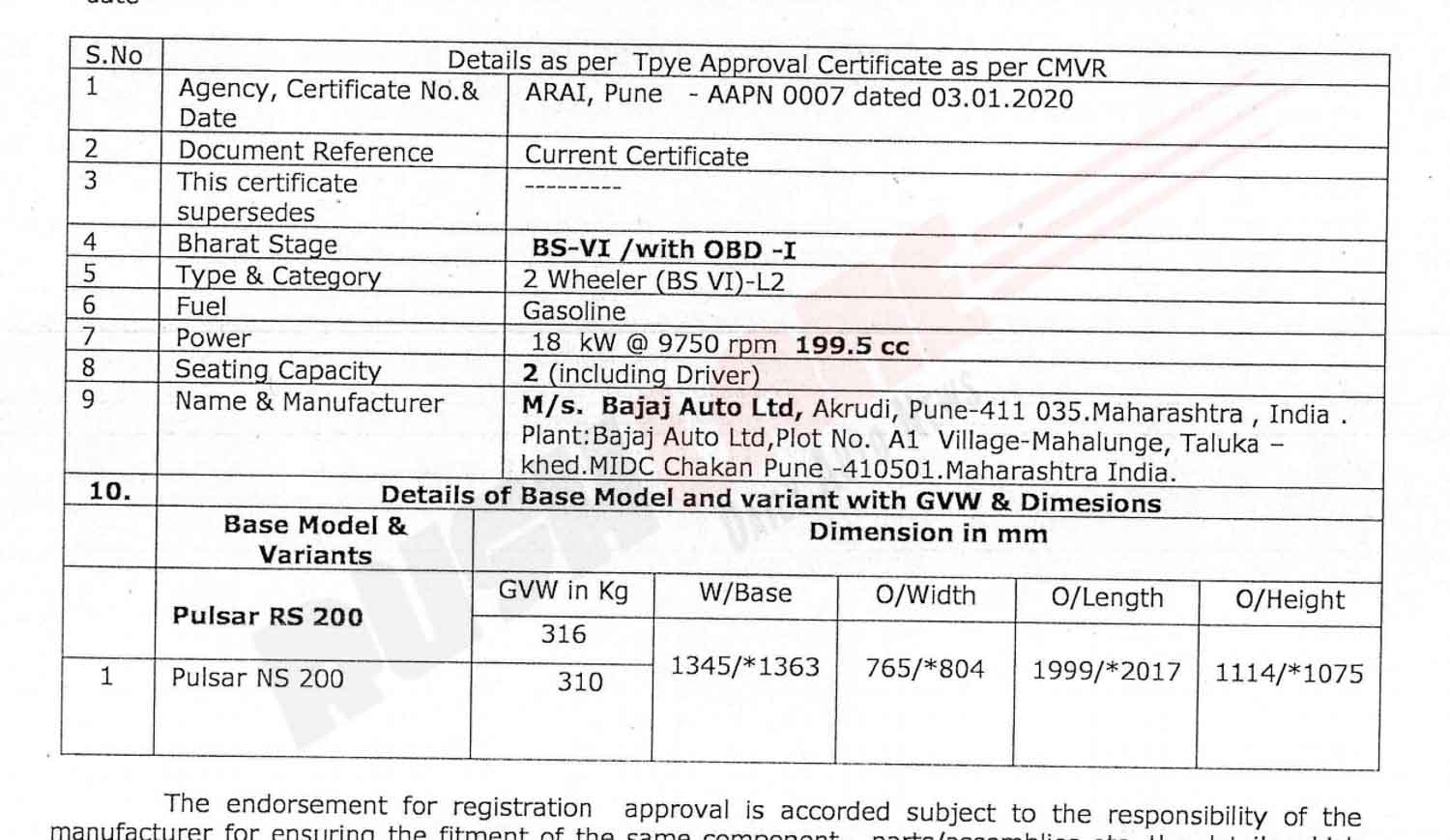 Besides the obvious changes to the engine (alongside the addition of an FI system), the BS6 Pulsar range could also sport new colour schemes. The BS6 Bajaj Pulsar 180 is powered by a 178.6cc air-cooled single-cylinder engine that makes 16.8bhp and 14.22Nm of torque. There is no change in output. The starting price is expected to be around Rs 1.05 lakh ex-showroom. 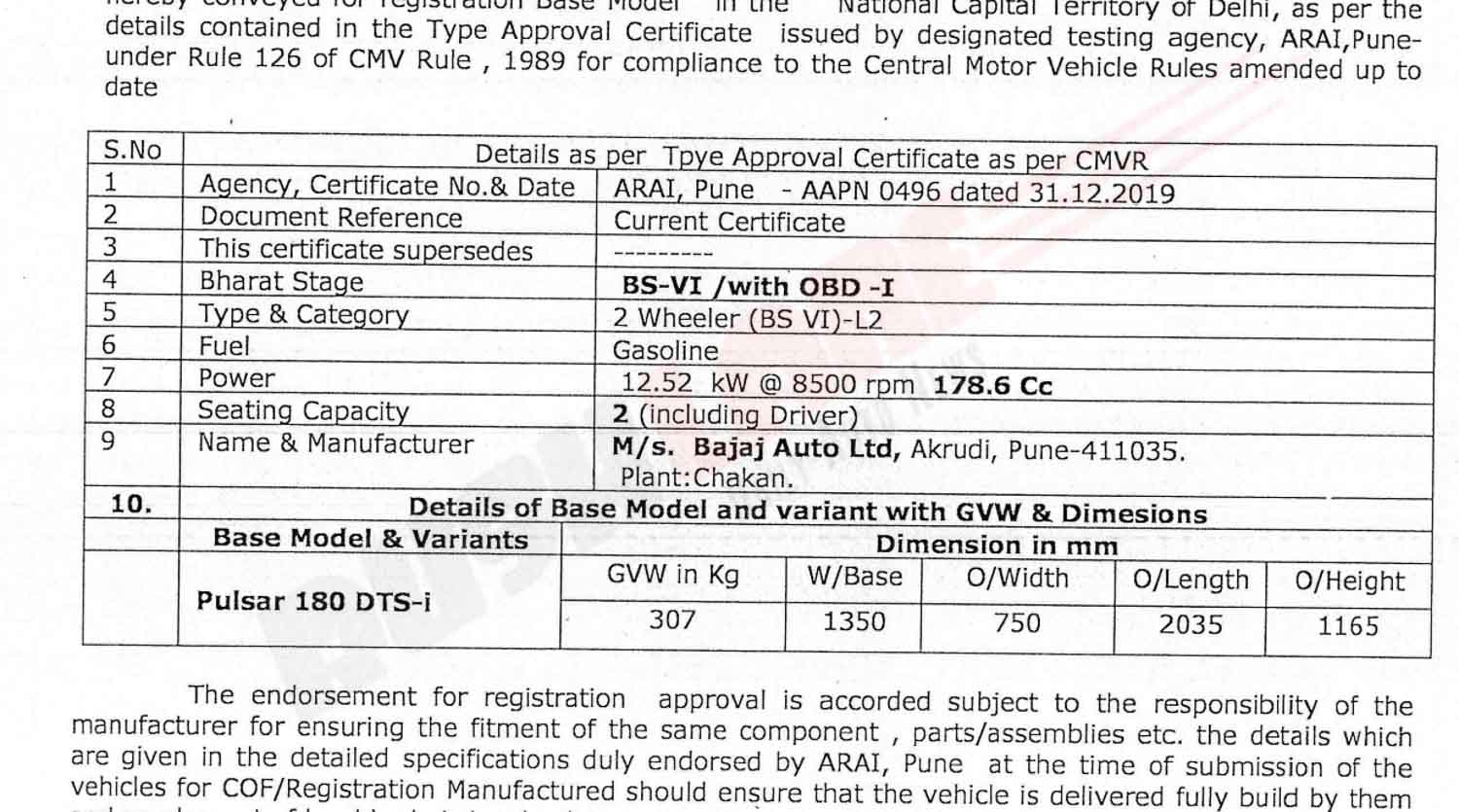 The Bajaj Pulsar NS200 BS6 is powered by a 199.5cc liquid-cooled FI single-cylinder engine which now makes 24.14bhp. The BS4 model made almost a bhp less while torque hit 18.3Nm. The power plant is shared with the RS200 (the faired avatar of the NS200). Unlike the NS200, the power output for the RS200 remains unchanged from before. In other words, the RS200 is no more powerful than the NS200 as in their BS4 scenario.

The Bajaj Pulsar range is one of the most popular series of sports commuters on the Indian market. Depending on the displacement, the motorcycles face tough competition from the likes of the Suzuki Gixxer and TVS Apache series.