Bajaj Auto had silently updated its popular RS200 faired sports motorcycle to BS6 emission specifications. Prices went up by around Rs 3,000 to hit a starting price of Rs 1.45 lakh ex-showroom. In India’s 200cc motorcycle segment, the Bajaj RS200 and its naked sibling, NS200 are two popular choices because of their superior value for money.

Latest reports state that Bajaj has introduced (again, silently) a dual-channel variant of the RS200. Dubbed as ‘Bajaj Pulsar RS200 Twin ABS’, the new variant is slightly more expensive than the regular single-channel ABS range. The information surfaced from a Bajaj Auto dealership while the company website still shows only single-channel ABS variants.

India’s automotive industry is going through tough times unlike ever before due to the ongoing COVID-19 lockdown. In fact, several dealerships are on the verge of going out of business in the long term. Around the same time of introducing the 2020 BS6 Bajaj Pulsar RS200, certain dealerships had already received it. We had shared a detailed walkaround (in Hindi) of one such example. 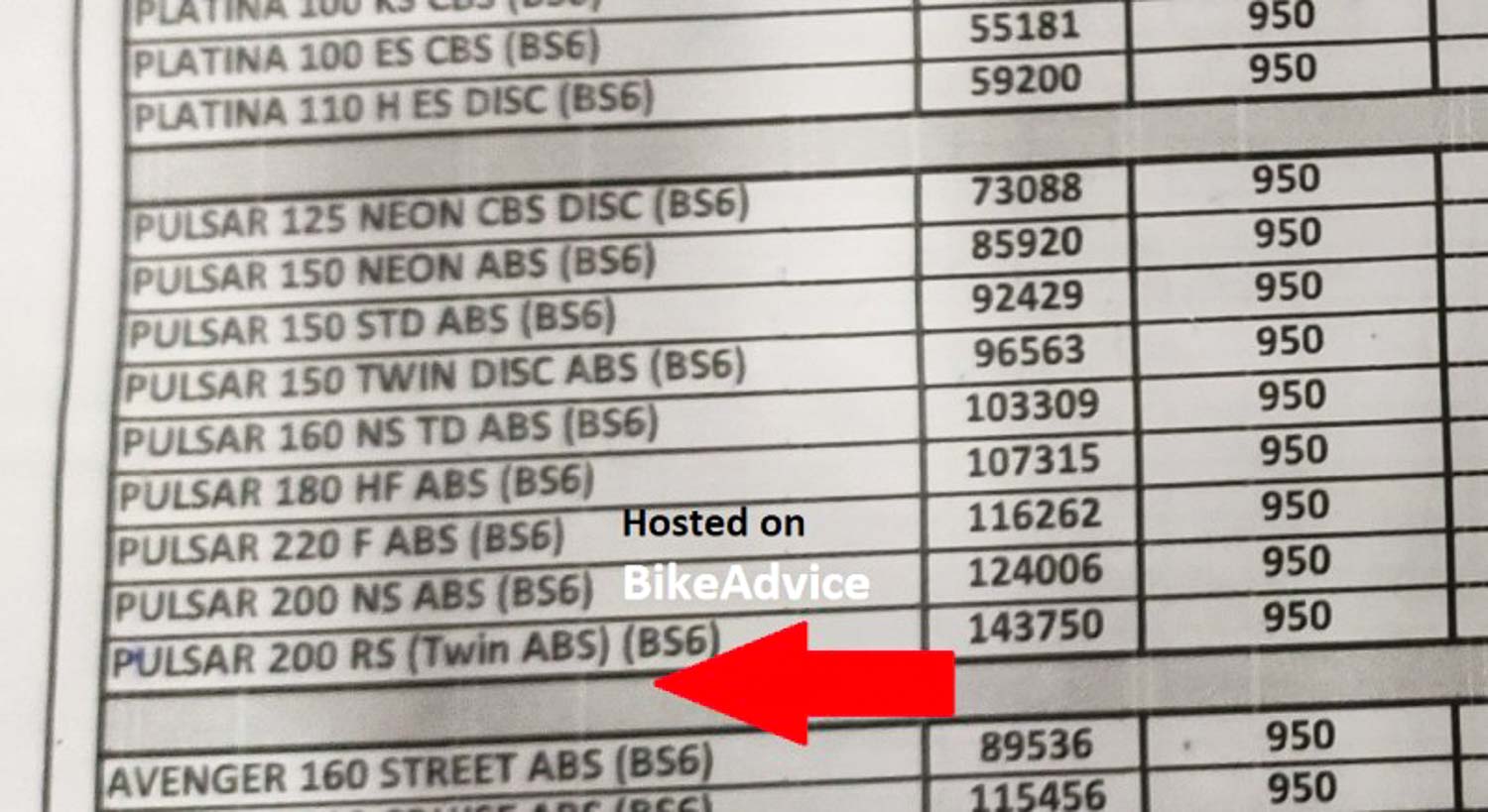 Compared to the BS4 model, the new RS200 is mildly different in terms of cosmetics. The front forks get a pair of reflectors while the engine has gone through a few modifications to comply with the stringent emission norms. Bajaj Auto has updated most of its two-wheeler and three-wheeler range to BS6 specifications.

Powering the Bajaj Pulsar RS200 (and NS200) is a BS6-compliant 199.5cc liquid-cooled FI single-cylinder engine. It makes 24.14bhp and 18.3Nm of torque while mated to a 6-speed gearbox. The output remains the same as before. However, the BS6 NS200 makes about 1bhp more than its BS4 counterpart.

In the days to come, Bajaj Auto might witness some internal competition between the Dominar 250 and RS200 (or NS200). For a reasonable price jump, the Dominar 250 offers a significant bump in performance and equipment. Other rivals include the Suzuki Gixxer SF, TVS Apache RTR 200 4V, Yamaha FZ-25 and a few other names in the 150-250cc category.