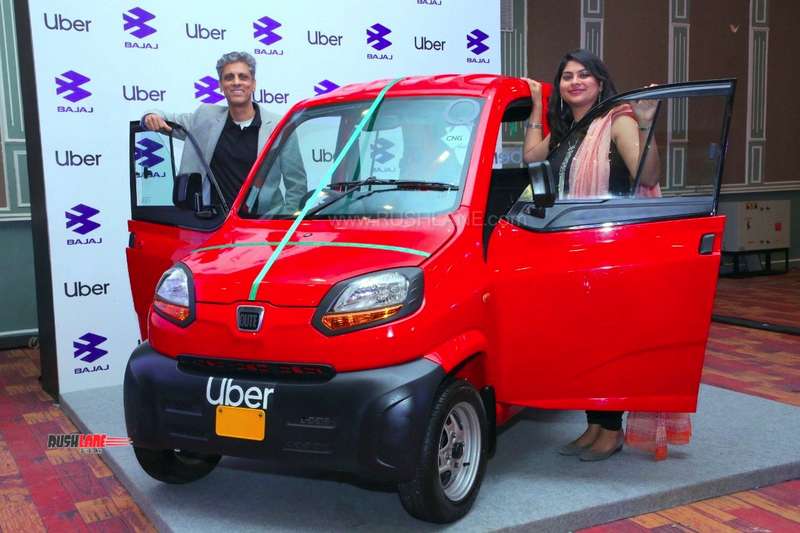 Bajaj Qute has probably had the worst journey to its domestic launch having for years been kept away from launch based on multiple stay-orders, and subsequent court orders. In what was planned as a quadricycle that aimed to replace the rickshaw as a safer alternative for public transport, the vehicle has languished in no man’s land longer than it has been available in the Indian market. 6 years since the idea was first showcased.

And while vehicle segmentation has dampened initial plans that were key to the success of Bajaj Qute, it seems to have found a new lease of life, owing to its unique classification. In its uber small form, Bajaj Qute is now listed as a vehicle on offer under Uber XS. The classification in itself is a giveaway to the size of vehicle to be expected.

Uber XS is positioned between Uber Auto and Uber Go, and with the exception of surge pricing and the working of situational algorithms, one can expect the price of Uber XS rides to be more economical than of the Uber Go. Uber Go itself offers small cars for a ride with Maruti Suzuki WagonR being the most likely vehicle to turn up.

The partnership between Uber and Bajaj Auto, helps place Bajaj Qute exactly as planned by the company. Uber said, “We joined hands with Bajaj to add Qute, a four-passenger quadricycle, under a new category, UberXS exclusively in Bengaluru. Riders living around Indiranagar, Koramangala, HSR Layout and parts of the outer ring road can book a quadricycle starting today on the Uber app.”

Bajaj has faced great difficulty in finding acceptance for the Bajaj Qute as a small passenger vehicle alternative but an association with Uber helps place the quadricycles in the heart of an action packed ecosystem, where it will essentially be put in use as a people carrier.

There’s no update on how many vehicles are on the Uber platform but it sure seems like a pilot project that could have scaleability. Baja Qute is available in CNG and petrol. The vehicles being deployed as part of the Uber XS fleet will run on CNG with mileage of 43km/kg.