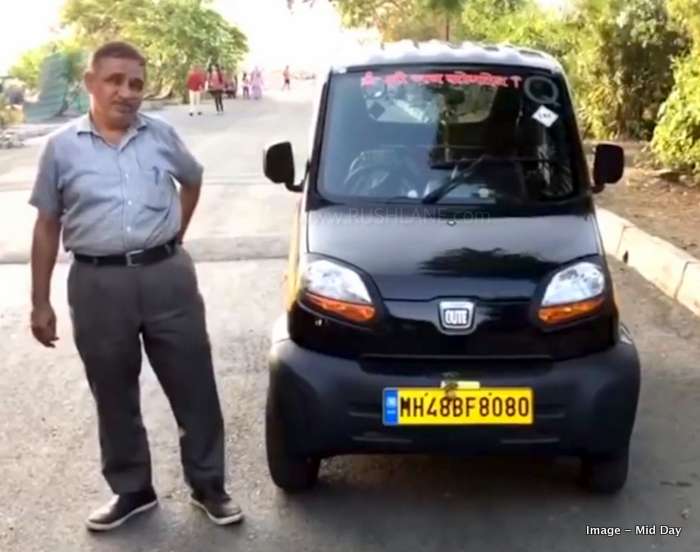 Bajaj Qute, the country’s first quadricycle has been launched at a starting price of Rs 2.69 lakhs for the petrol variant, going up to Rs.2.86 lakhs for its CNG powered counterpart. It is aimed for commercial as well as private use.

Bajaj sees quadricycle as a replacement to the 3 wheeler rickshaws which ply on Indian roads. Seeing their dream eye to eye, is a Mumbai based owner of Qute, who has become the first in the country to transform his Qute into a rickshaw. (Images are credit to Mid Day) But being a 4 wheeler, can it be called taxi as well?

Bajaj Qute is currently under production at the company’s plant in Aurangabad which has annual capacity of 60,000 units of the Qute. Following launch in India, production capacity will be boosted with production to be expanded to production lines of three wheeler models as well. 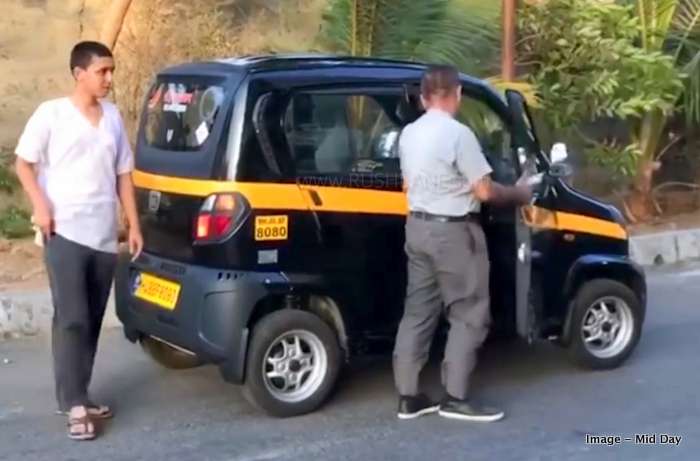 Bajaj Qute is a four wheeler quadricycle. It is light in weight with four fiber doors. Features consists of a fully enclosed monocoque hard roof body, twin headlamps, anti roll bar to prevent rolling over of the vehicle and seat belts for driver and three passengers. Being light in weight at just 450 kgs, the Qute is low in emissions and high on fuel efficiency. Bajaj also claims that due to its smart and compact design, will result in less congestion on the streets.

Bajaj Qute was first unveiled in September 2015 as production ready. Though it has been on sale in many global markets since that date, launch in India was deferred. This was due to the fact that vested interests by various parties, including competitors.

Some stated that the Qute should be banned from sale in India under the pretext of safety concerns and some quarters argued that it was not legally classified as a car and hence could not be sold to Individuals. In May 2013, the Central Government legally classified it as a quadricycle and necessary approvals from Ministry of Road Transport and Highways (MoRTH) were cleared only in June 2018.