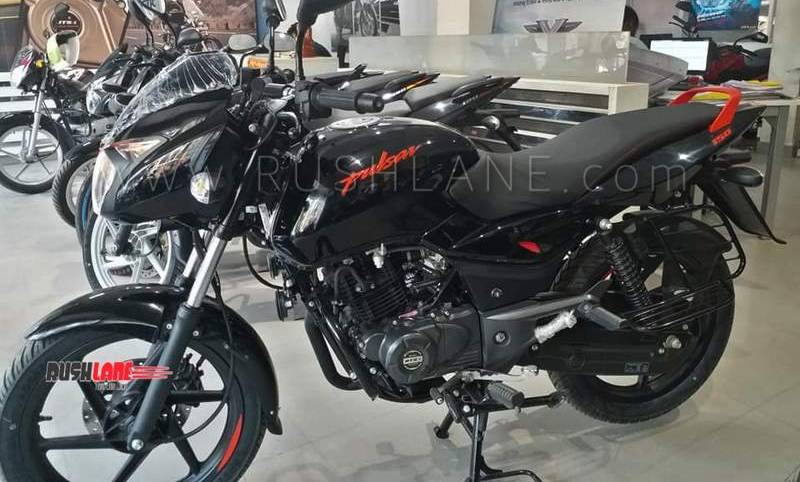 Bajaj Auto Ltd begins its Q3 FY20 journey on a low note given current market conditions that lean on slowdown. The company which has for long sold only motorcycles, reports 14 percent domestic sales decline for October 2019. Sales were down to 2,42,516 units from 281,582 units sold in October 2018.

Exports continue to bring some cheer to the manufacturer and are up at 3 percent. 1,56,397 units were shipped, up from 1,51,403 units exported in October 2018. Total motorcycle sales are reported at 3,98,913 units, down 8 percent from 4,32,985 units sold last October. In regards to two wheeler sales, Bajaj has an ace up its sleeve I the form of its high exports, which has ensured that manufacturing hasn’t plummeted uncontrollably.

For the April to October 2019 period, Bajaj reports 1,384,802 motorcycles sold in the domestic market. That’s 12 percent lower than the 1,568,715 units the company had sold in the same seven months last year. Below is the detailed sales report of Bajaj Auto for Oct 2019. 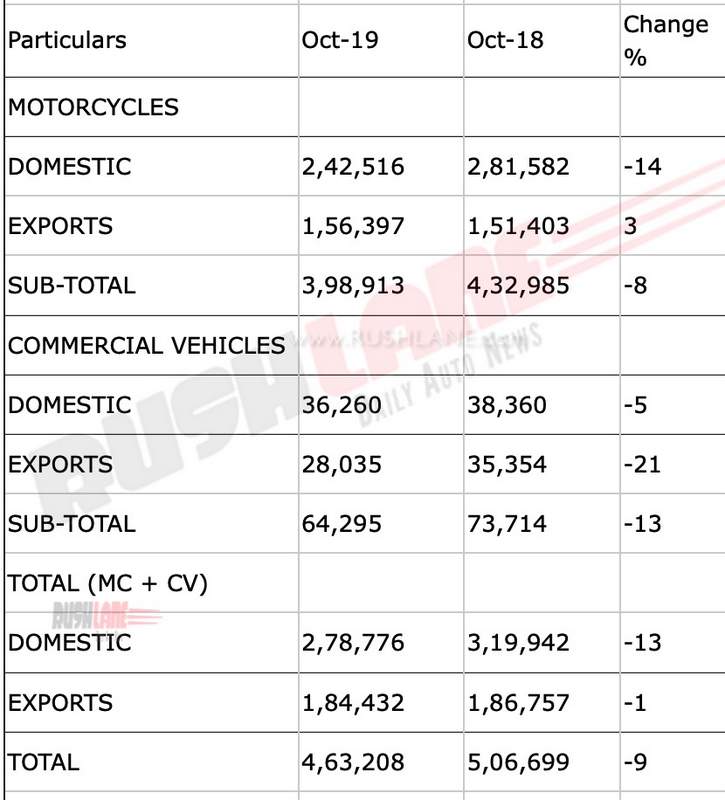 Despite decline in sales, Bajaj continues to be the second largest motorcycle manufacturer in India, behind Hero MotoCorp. Bajaj is also the highest exporter of motorcycles in the country. From Discover, Platina, Pulsar to KTM – Bajaj exports almost all their motorcycles to over 70 countries around the world.

Pulsar range recently got a new entry level variant, the Pulsar 125. Sales of this new Pulsar have been averaging about 20,000 units every month since launch. In all, over 50,000 units of Pulsar 125 have been sold till date, making it one of the best selling Pulsar variant in India. It is also the smallest and most affordable Pulsar on sale.

Bajaj will next enter the scooter segment, with the Chetak electric. Launch of the Chetak e-scooter is scheduled to take place in Jan 2020. It will come with an approximate drive range of 100 kms on full charge. Bajaj says that this is more than enough for the kind of customers they are targeting with this new scooter.

Bajaj has not revealed the price of this scooter, but it is expected to be more expensive than any scooter on petrol scooter on sale in India in the entry segment. Expect price to be in the Rs 1.2 lakh range. It will be sold via KTM dealerships. Launch will be in phases, first cities to get the scooter will be Pune and Bangalore.