Bajaj Auto launched its V15 commuter motorcycle in India back in 2016 before giving it an update by 2018 end. Ex-showroom prices started at around Rs 67,000. However, owing to poor sales, it had to be ‘temporarily’ discontinued later in 2019. Bajaj operates in multiple countries across the world including Peru, which got its first Bajaj dealership in November 2014.

It is a known fact that Bajaj products have got an overwhelming fan following in India. This seems to be true for foreign markets as well. To exemplify, here is a Bajaj V15 that has been modified into a cafe racer by Peru-based DR Custom. It comes with a long list of modifications and DR Custom has another example dubbed as ‘N51 Bajaj V15 Cafe Racer’. Either customisation is different from each other by a slight margin. 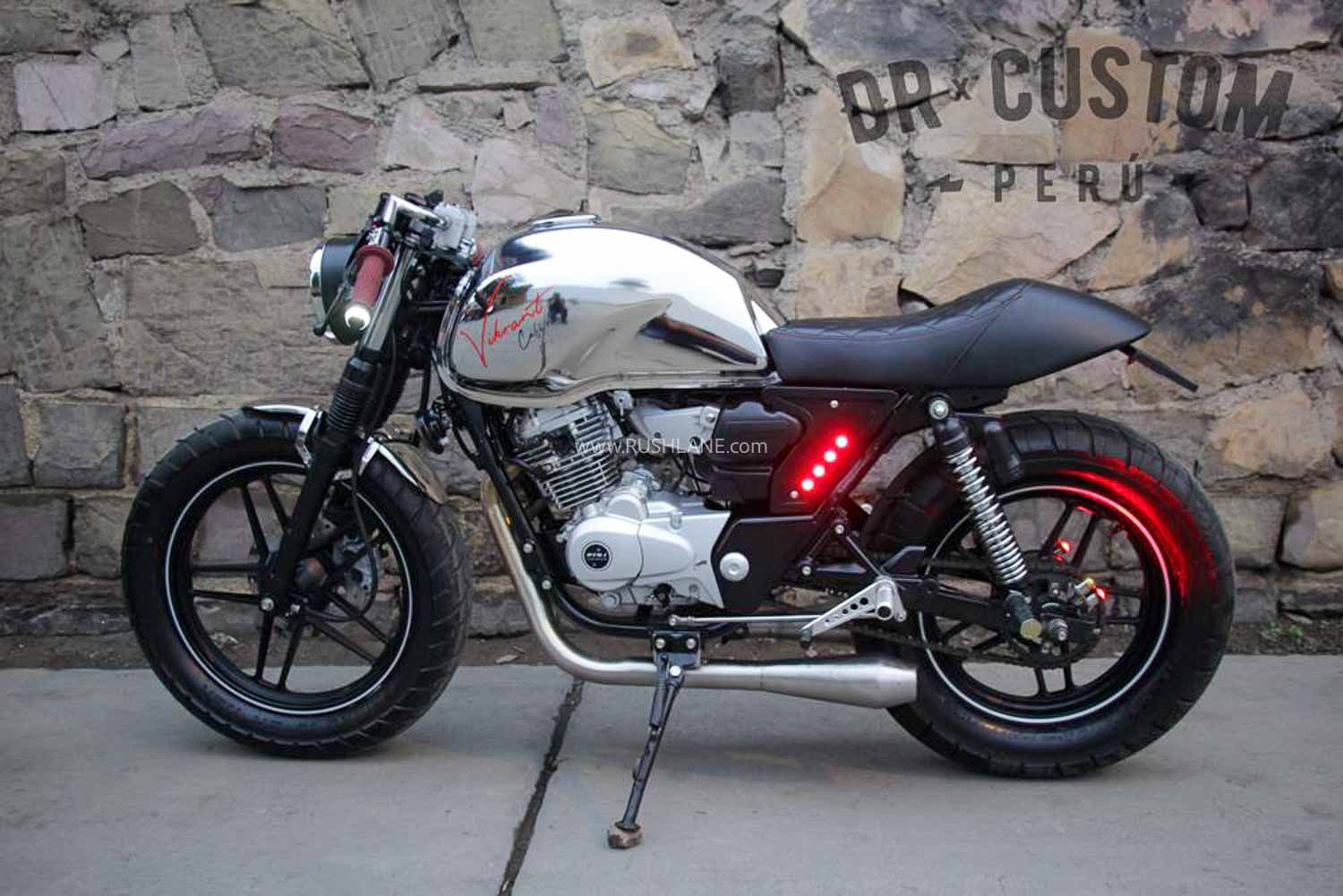 One must appreciate DR Custom’s expertise in creating a completely different product from an unassuming donor motorcycle. It follows a neo-retro design philosophy with backings of chrome, silver and gloss black. Except for its power plant, no other major component remains in stock format. Instead of ‘V’ badges on either side, DR Custom opted for a “VIKRANT” lettering in a classy font.

DR Custom has employed stainless steel clubman handlebars (complete with bar-end mirrors), above which a twin-pod analogue instrument console rests. Braking and de-clutching duties are done by CNC 7/8 aluminium levers. A full-LED headlamp with integrated turn signals alongside, other minimal lighting systems, carries forward its neo-retro theme. Twin stainless-steel exhausts (with custom resonators) and other CNC aluminium components contribute a lot to overall aesthetics. To finish off, DR Custom has added a custom single-seat configuration, towards the end of which hangs a ‘tail-tidy’ registration plate. 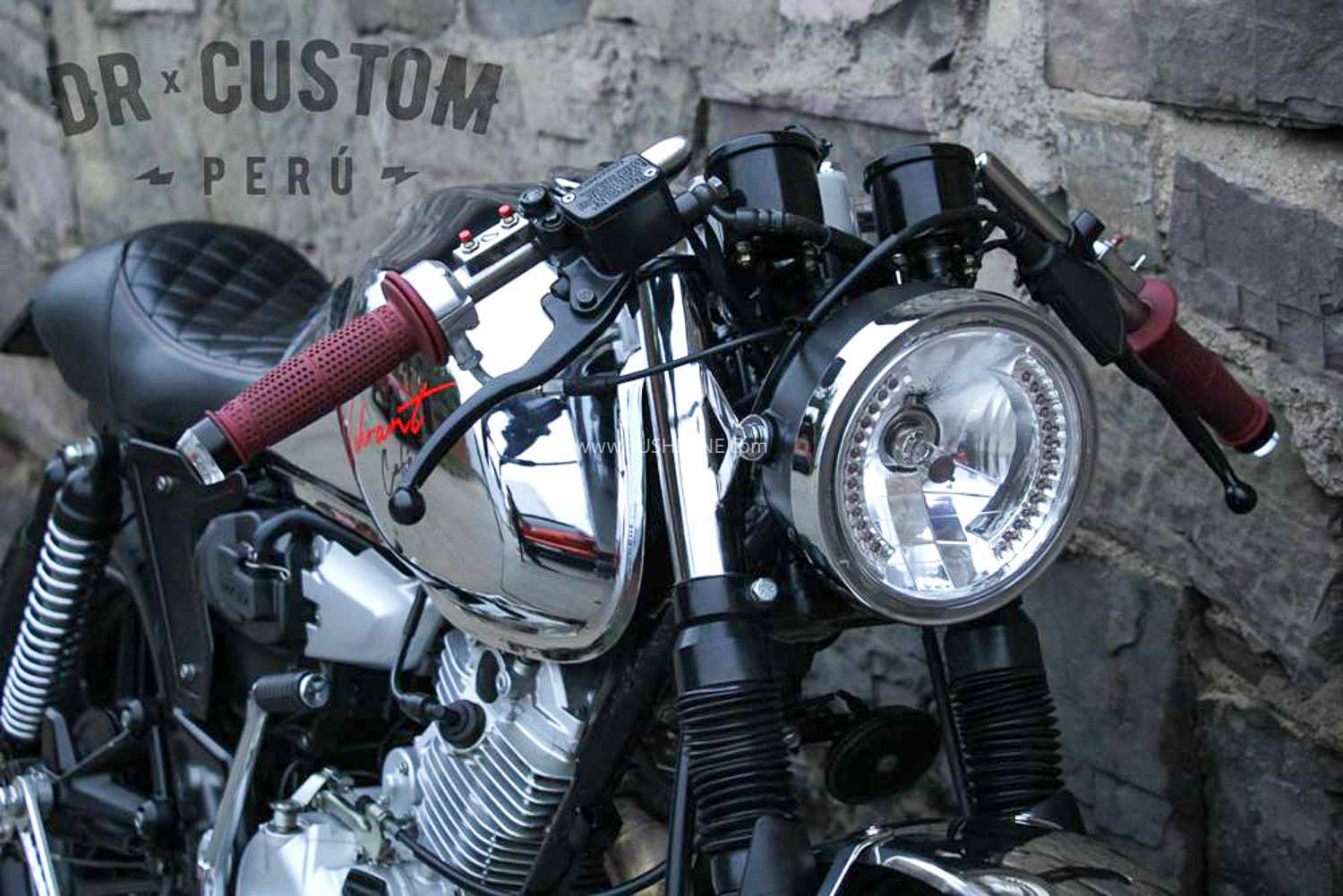 Interestingly, DR Custom has left its wheels untouched albeit shod with bigger tyres: 120/90 R18 (F) and 140/90 R16 (R). As mention before, there are no changes to its engine department. An output of 12.8bhp and 13Nm is generated from a 149.5cc air-cooled single-cylinder motor that is coupled to a 5-speed transmission. A lesser Bajaj V12 version was initially available in India and certain other markets. It had a 124cc air-cooled engine, good for 10.5bhp and 10.9Nm.

DR Custom had listed its cafe racer mod for sale a long time ago on Facebook. By now, it would have most likely reached a new owner. It was advertised for an asking price of 6,500 PEN (Peruvian Nuevo Sol) which roughly converts to Rs 1.41 lakh or the price of a new Bajaj NS200 (on-road).