Following launch of Benelli TNT 300, 302R and TNT 600i in India at the end of last year, the Italian two wheeler brand today launched TRK 502 and 502X. These two new adventure motorcycles had made their official debut earlier, but launch date was delayed in India.

Benelli TRK 502 and 502X are middle weight bikes. The TRK 502 is a road based version while the 502X is loaded with off roading features. Price of the former starts from Rs 5 lakhs, while that of the latter is Rs 5.4 lakhs. Ex-showroom prices. 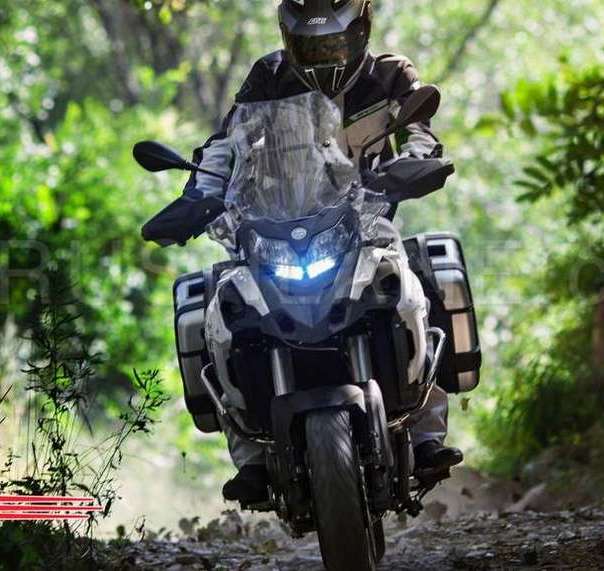 Both Benelli TRK 502 and 502X feature similar styling with half fairing design elements, single piece handlebar, low set rider’s seat and a large fuel tank of 20 liter capacity. The two bikes also share the same digital instrument cluster with an analog tachometer. The screen is so designed that it is clearly readable even under harshest of sun light. 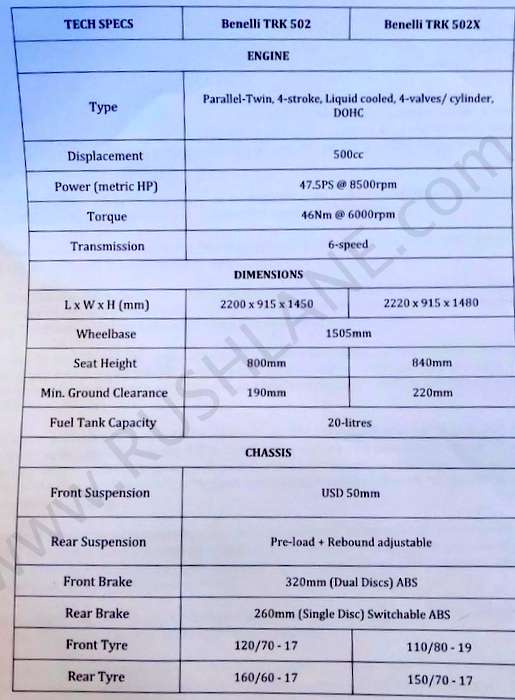 Suspension is via USD fork in the front and adjustable monoshock at the rear while braking is via 320mm twin disc in the front and 260 mm single disc at the rear. Dual ABS is standard. The bikes are powered by a 499.6 cc, liquid cooled engines capable of 47.5 hp power at 8,500 rpm and 46 Nm torque at 6,000 rpm via a 6 speed gearbox.

The two Benelli bikes come to India via the CKD route, to be assembled at the company’s new plant on the outskirts of Hyderabad. TRK 502 and 502X will be competing with the Kawasaki Versys 650 (Rs 6.7 lakhs) and the Suzuki V-Strom 650 (Rs 7.5 lakhs). Bookings are now open at company dealers. You can also book online at india.benelli.com, by paying Rs 10k. For those who book online, will get a Rs 10,000 worth of voucher on the day of delivery.