Compared to the upcoming Indian-spec Benelli TRK 800, the Chinese-spec SRB 750 will sport some minor aesthetic differences

Italian-origin motorcycle manufacturer Benelli, now under Zhejiang Qianjiang Group of China, is working on an all-new middleweight adventure tourer dubbed TRK 800. The company had officially teased the motorcycle in its early prototype stage. At the moment, not much is known about the new Benelli TRK 800 but one can be sure that it will reach the Indian market in due course. Once launched, it will take on the likes of Triumph Tiger, BMW GS Series, etc.

Meanwhile, it will debut in China as the QJ Motor SRB 750. Rumours suggest that it would look slightly different than its foreign counterpart but will employ the same internals. The performance could vary slightly on paper depending on local emission norms even though this might not reflect in real-world riding conditions.

Benelli initially planned to reveal the motorcycle in full to the world later this year. But it appears that COVID-19 pandemic has pushed the launch timeline further. We hope to see the adv on Indian roads sometime towards the end of next year. Still, it is too early to reach a conclusion. 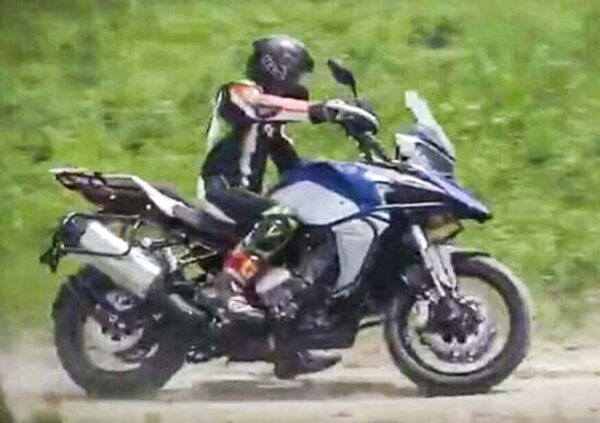 A low-quality spy shot of a production-spec Benelli TRK 800 has surfaced on the internet. Chinese forums are sharing the same under the tag, “QJ Motor SRB 750 on test”. Even before hitting its home market, the TRK 800 or SRB 750 might hit European markets such as Italy. The relatively new TRK 502 sees decent takers in key markets and its bigger sibling is expected to showcase similar desirability. It could be an affordable yet somewhat equally capable alternative to the big names from Triumph, BMW Motorrad, Ducati, Honda Motorcycle, Kawasaki, Yamaha, etc.

Powering the new Benelli TRK 800 is a 754cc liquid-cooled DOHC parallel-twin engine familiar from the Benelli 752S and Leoncino 800. In the 752S, the motor makes roughly 75bhp @ 8,500rpm and 65Nm @ 6,500rpm while mated to a 6-speed transmission (could be a different setup in the TRK 800 to suit its offroading characteristics).

Other interesting new products from Benelli

It is not news that American motorcycle maker Harley-Davidson has teamed up with Zhejiang Qianjiang Group to make entry-level lightweight twin-cylinder models. Dubbed QJ350, the ‘streetfighter’ has made an appearance online. It employs the American brand’s all-new 338cc motor derived from Benelli’s popular 300cc inline-twin.

Meanwhile, the popular Benelli TNT600i, one of the most affordable inline-four motorcycles in the world, will soon receive a successor named 600N. Patent images have leaked earlier this year.