Bentley Bacalar is a two-seat, open-air Grand Tourer, which has been showcased at Crewe, England

This exclusive Bentley is limited to just 12 units. And no you can’t get one now, as the dynamic dozen are already allotted. As such, each creative is rare and exclusive while being a keeper of luxury and performance. Each Bacalar is being handcrafted in Bentley Mulliner’s workshop at Crewe, as per customer’s taste.

Named after Laguna Bacalar in Mexico’s Yucatan peninsula. The lake speaks for itself. Bacalar continues on the path of Bentley’s new naming strategy of naming vehicles after remarkable landmarks. The pattern was initiated with Bentayga in 2015. While scheduled to be shown at the now cancelled 2020 Geneva Motor Show, the vehicle has nevertheless made its entry as planned. 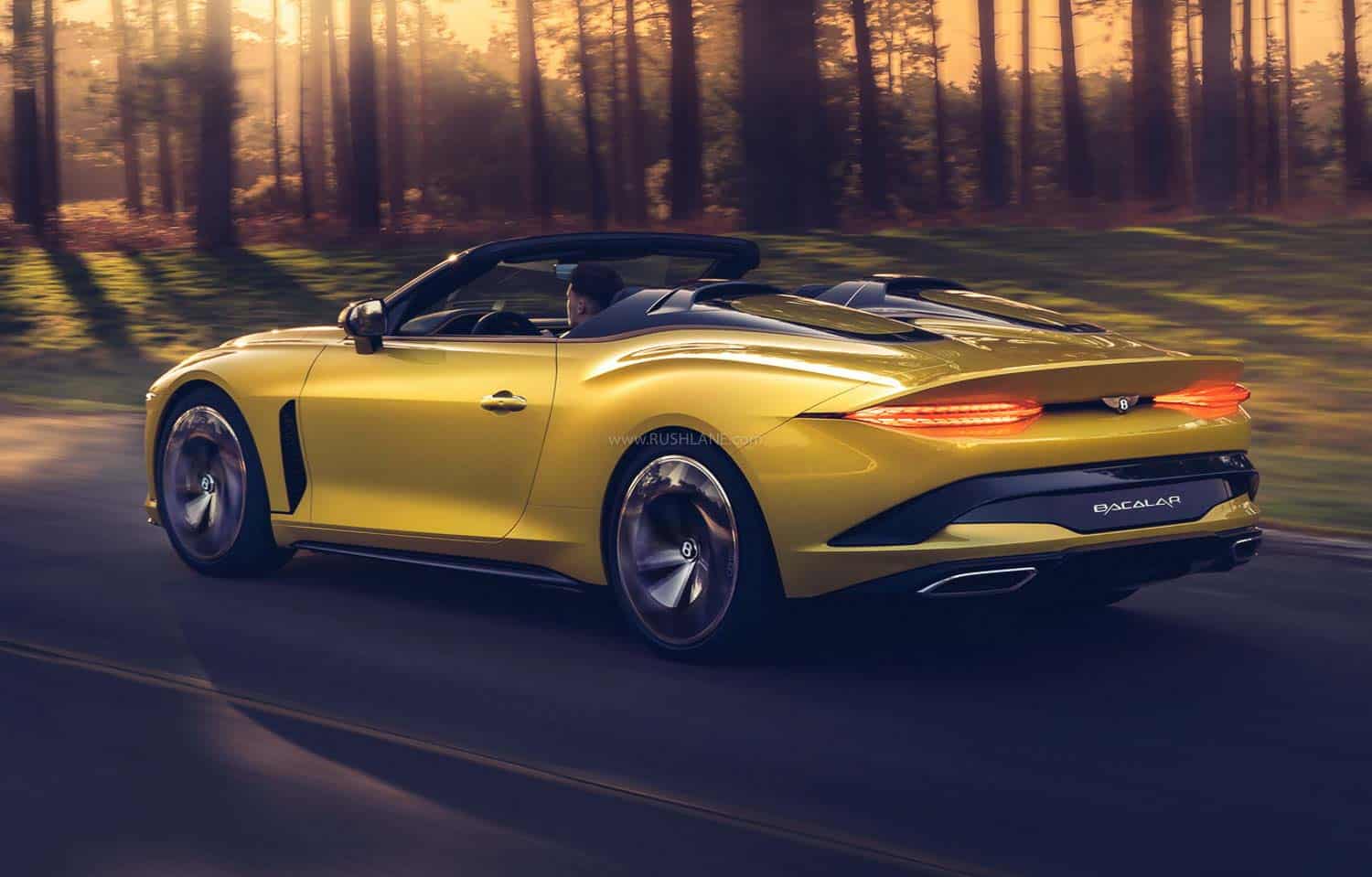 Bacalar draws from a roofless Barchetta design. Essentially, drawing from a roofless boat. This would mean it’s not a convertible, so there’s no option of covering the car at any point. Rain, rain, go away. Come again another day.

Bentley Mulliner Bacalar brings together a collection of unique materials and intelligent tech. Design DNA draws from the EXP 100 GT Concept Car. The rear sports tapered cowls, a shadow of Barchetta sports cars of yore. It’s drive experience though is every bit modern, and heralds a dynamic, driver-focussed adventure. 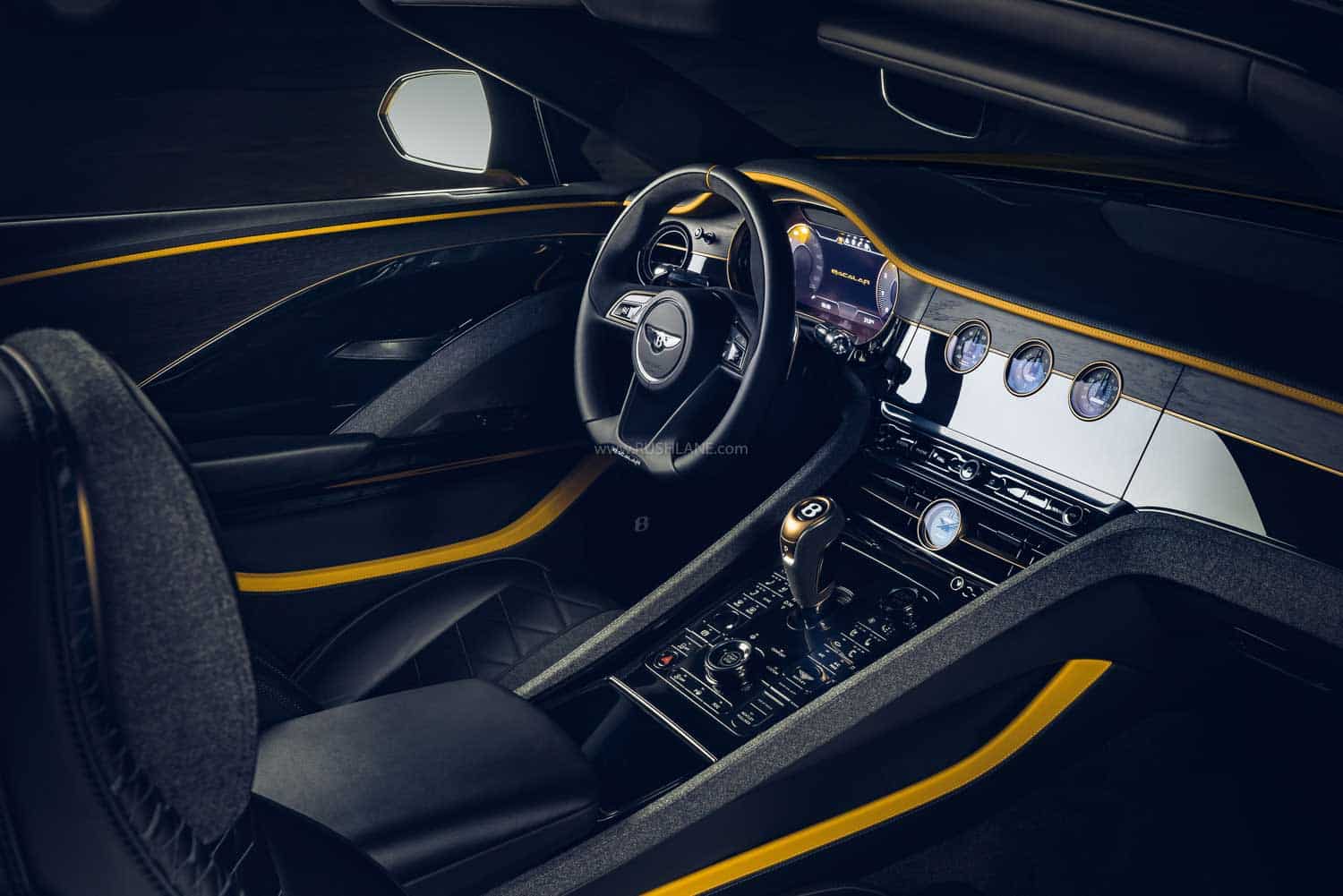 The wraparound cockpit design lines run along a steeply angled centre console that continues into the dashboard and doors. The pattern is continued rearward towards the semi-enclosed luggage compartment behind both seats. One can opt for optional bespoke Schedoni fitted luggage.

Materials used are sustainable, and ethically-sourced. From the EXP 100 GT concept car previews in 2019, to the Bacalar in reality, the journey has taken a mere 8 months. The paint used blends ash from rice husks for a sustainable way of getting a rich metallic finish. Other choicest materials used include natural British wool and 5,000-year-old Riverwood. 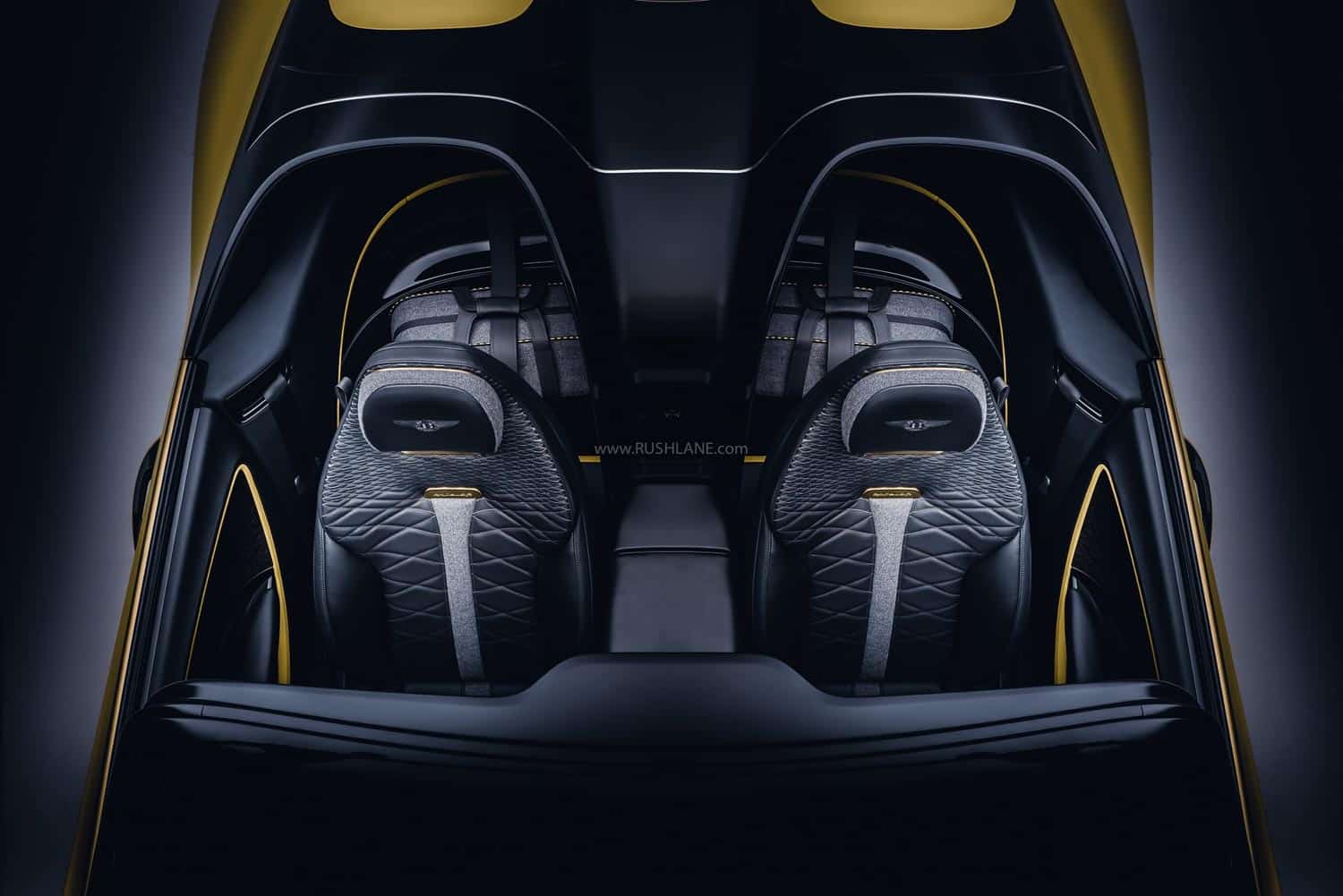 Bentley Bacalar gets power from a 6.0-litre, W12 TSI engine, and delivers 659 PS (650 bhp) power, and 900 Nm (667 lb.ft) of torque. The active All-Wheel-Drive (AWD) system varies torque split between front and rear wheels. This eases the use of rear-wheel drive to a max during normal driving for optimum efficiency and performance.

Bacalar shares no body panel with any other Bentley vehicle. It does however use the Continental GT door handle, which contains the keyless entry system. Rear clamshell and top deck are made of lightweight aluminium. Doors and wings are carbon fibre. 3D printing has helped make the vehicle more distinct.