Bentley Bentayga getting fixed at a roadside mechanic alongside Maruti WagonR

The Bentley Bentayga is a sight to behold, and around here, you’d rarely glance upon one. So, when you see one pass by, you’re most likely to take a good look. In this instance though, it was more like passing the car, and then realizing, wait, what’s going on.

Well, if you’ve got to get work done, then you’ve got to get on with it, and from the looks of it, this Bentley Bentayga W12 needed something to be looked at. Exclusive Motors operates two Bentley showrooms in India, one in Delhi and the other in Bombay. They also do service of Bentayga. But, the car spotted in Mumbai recently, was getting fixed at aroadside mechanic. 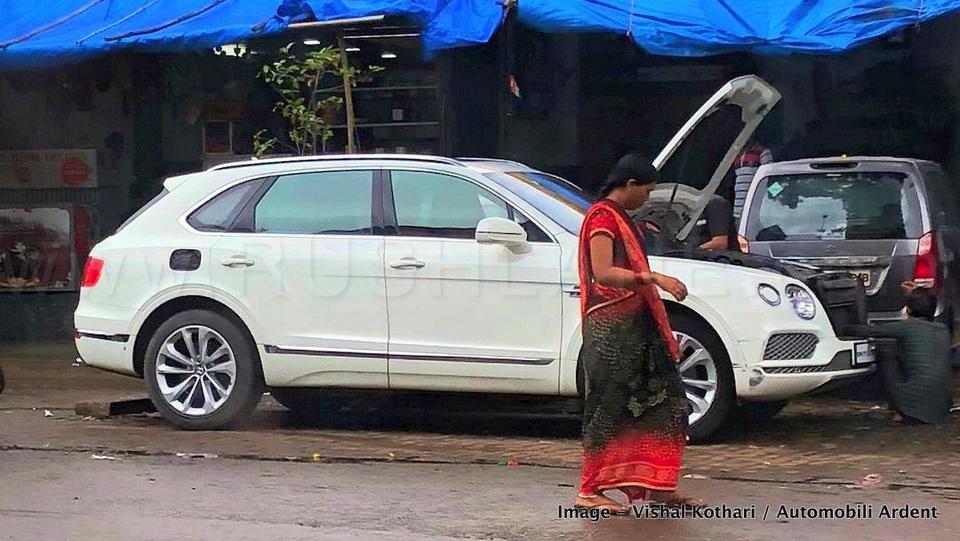 So what was a Bentley Bentayga doing at a roadside mechanic, where cars like Maruti WagonR are getting fixed? There’s sense in it. At no point do you want to run a troubled car and run into deeper waters, especially in Mumbai, where roads are not in the best shape post monsoon.

And maybe getting to a sole service centre isn’t the most judicious of decisions at all times. After all its the service that counts and by the looks of it, the roadside mechanic seen working on the Bentayga, is handling the car with quite some cool, seem to be going about it like regular business. 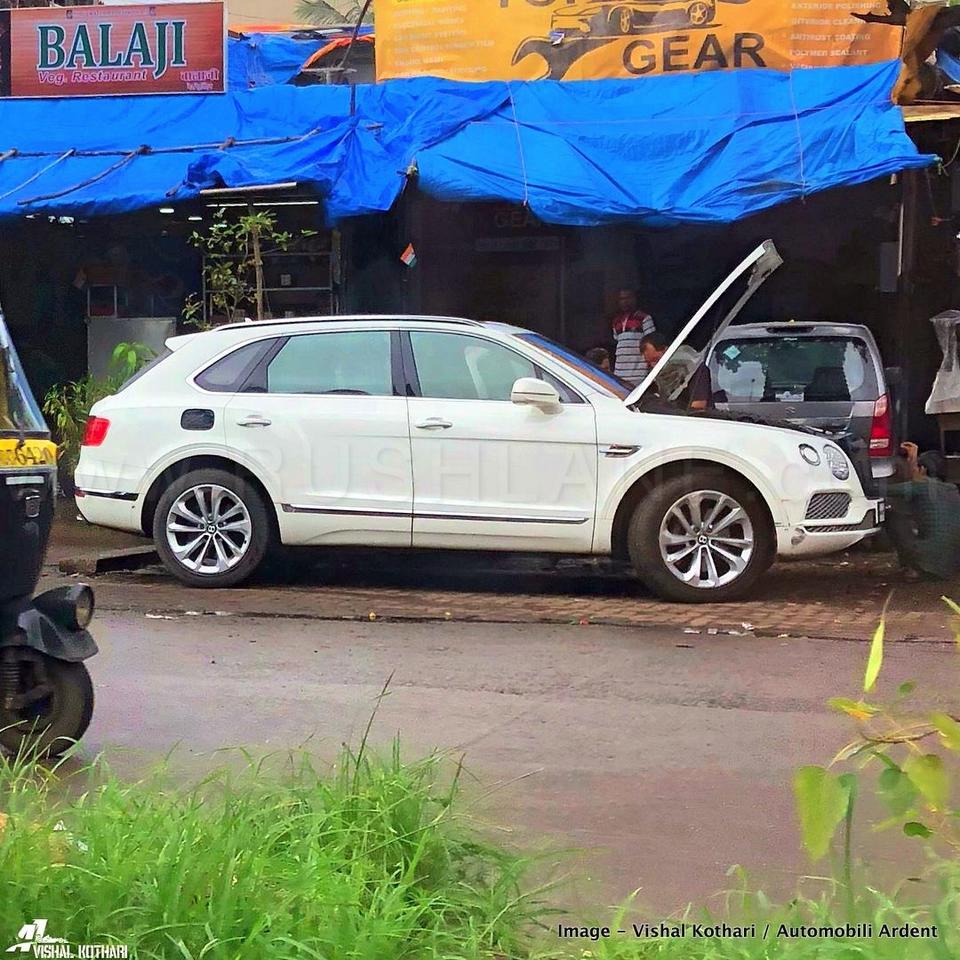 Speaking about the exclusive car, initially launched with a W12 petrol engine in 2016, Bentley Bentayga powered by a smaller V8 petrol engine was introduced at the start of 2018, and launched in India this June. Bentayga V8 is available at a price of Rs 3.78 crore (ex-showroom Mumbai). The 4.0-litre twin-turbocharged V8 petrol engine is mated to a ZF eight-speed AT.

Maximum power output is pegged at 542 bhp and max torque at 770 Nm. That’s 59 bhp and 130 Nm lesser than the W12. Alongwith utility, the red front brake callipers in use in the new V8 help differentiate the model.