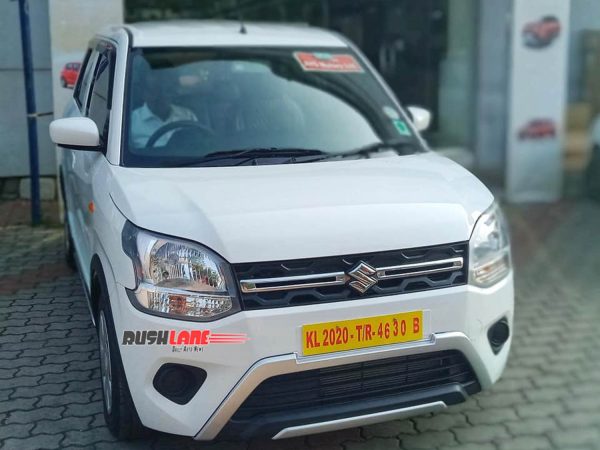 The auto industry is slowly but surely emerging out of the ill effects of the COVID-19 pandemic and seeing marginally better sales as compared to that of the previous three months. Maruti Suzuki India Limited, the leading automaker in India, has seen the Alto in first spot. Sales of this hatchback stood at 7,298 units in June 2020, a YoY drop of 61 percent as against 18,733 units sold in June 2019, due to the present market scenario.

The second and third positions on this list of top 25 cars have been usurped by Hyundai and Kia. Hyundai saw its Creta at No. 2 with 7,207 units sold down 14 percent as against 8,334 units sold in June 2019. Last month, the Creta was in a top position to become the bestselling car in the country but for June was overtaken by the Maruti Alto. This is the new generation Hyundai Creta, which was launched just a couple of days prior to the entire country being closed down.

Kia Seltos at No.3 saw a total of 7,114 units sold. The Kia Seltos was launched in August 2019 and was recently updated with new dual tone colors and added features. Numbers 4 to 8 on the list of top 25 cars sold in June 2020 were commanded by Maruti Suzuki. The WagonR at No. 4 noted sales of 6,972 units, down 32 percent as against 10,228 units sold in June 2019. DZire and Vitara Brezza at Nos. 5 and 6 respectively saw sales of 5,834 units and 4,542 units, down 61 percent and 49 percent as against sales in June 2019. The 2020 Brezza, launched just prior to the lockdown being announced , has seen sales cross the 26,000 unit mark while bookings even poured in via the company’s online portal through the lockdown period. 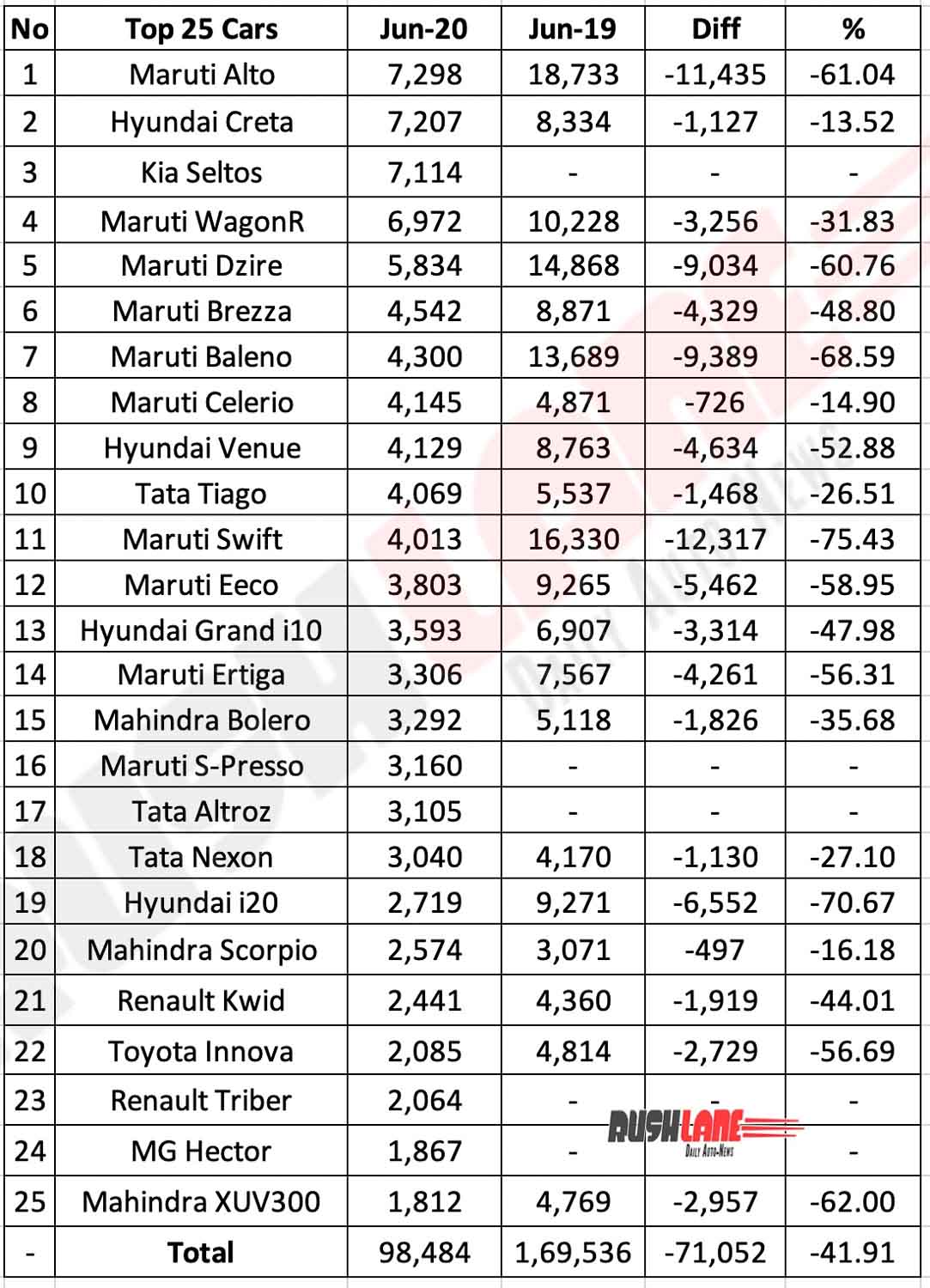