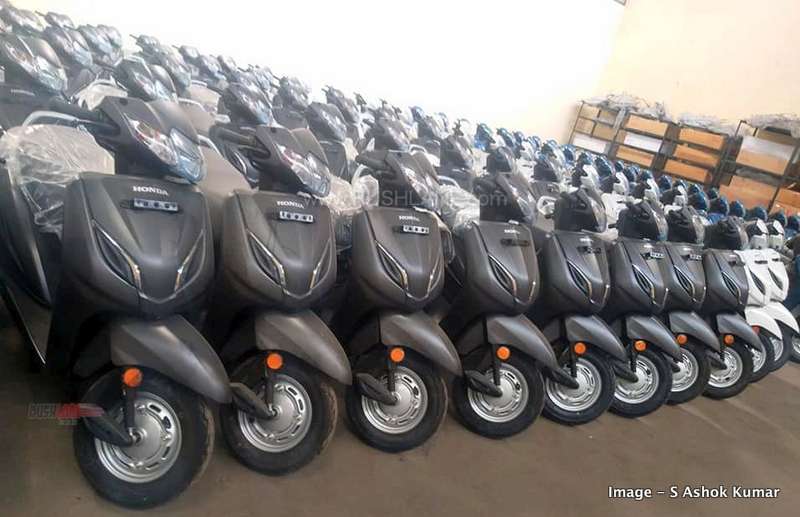 The general slowdown not only affected the sales of passenger cars but it has dented the sales performance of two wheelers as well. A quick glance at the July 2019 sales chart of automatic scooters strongly indicate that the rough conditions are here to stay at least for a few more months.

Save for the Suzuki Access and Honda Dio, the top 10 best selling scooters in India have all posted year-on-year decline on July sales. Though the Honda Activa continues to be an indisputable leader in this segment, at 2,43,604 units, it registered a sales decline of 15% compared to July 2018.

At 57,731 units, the TVS Jupiter finds itself in a very distant second place. In the same month last year, the TVS scooter managed to clock 13.36% more at 66,632 units. Interestingly, the Suzuki Access 125 has emerged as one of the only two scooter models which posted positive YoY growth. By registering sales of 51,498 unit, the Access posted an impressive growth rate of 40.72%. The fact that such a high growth came during a slowdown makes it all the more impressive. 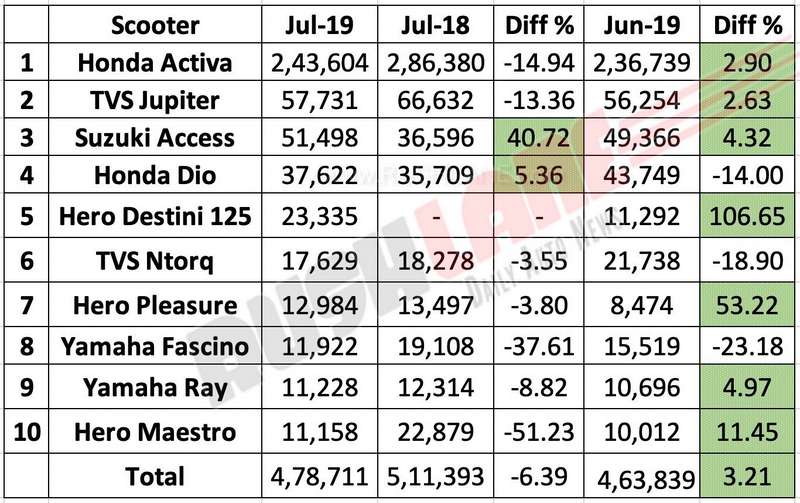 The other scooter to post a positive sales growth last month is Honda Dio. Honda dispatched 37,622 units of its urban-friendly runabout at a growth of 5.36%. The recently launched Hero Destini 125 sealed fifth place with 23,335 units. The TVS Ntorq 125 found itself in fifth spot at 17,629 units (-3.55%). So, half of the top 6 best selling scooters in India for the month of July 2019 were 125 cc models, indicating that the scooter customers are moving up the market.

Placed seventh is the Hero Pleasure which also received an update recently. The eight placed Yamaha Fascino registered second poorest performance in this list with its sales dropping by 37.61% at 11,922 units. The Yamaha Ray was not far away at ninth.

The worst hit model is the Hero Maestro whose sales plummeted by 51.28% as it brings up the tail with a tally 11,158 units. That’s three Hero products, two Hondas, two TVS’s, two Yamahas and a lone Suzuki in the top 10 list.

While YoY figures paint a pretty bleak picture, the monthly sales growth compared to June 2019 is largely positive. We home the industry recovers steadily from now.