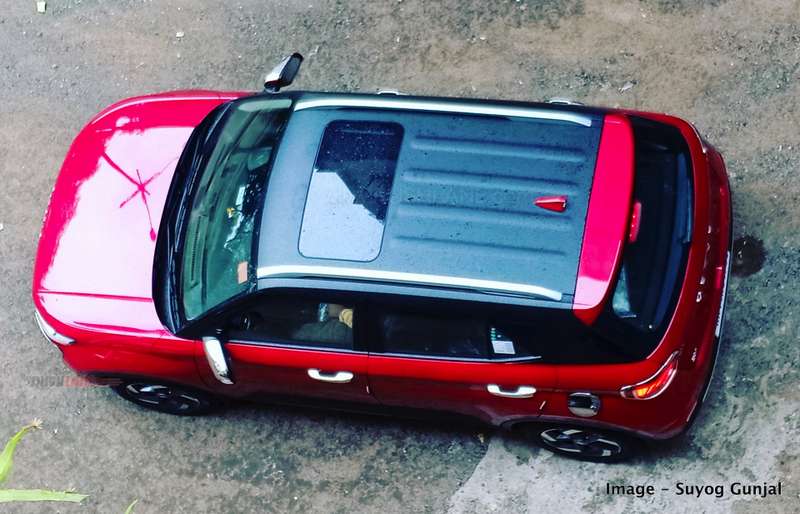 Maruti Suzuki Vitara Brezza topped the list of best selling SUVs in India during the month of June 2019, but only by a whisker, as the Hyundai Venue came in a very close second. Sales of the Vitara Brezza stood at 8,871 units, a YoY decline of 17.19 percent, as compared to 10,713 units sold in July 2018.

The recently introduced Hyundai Venue has come in very strongly at No. 2 on this list with 8,763 units sold just 108 units below the Brezza. There is a high chance that the Venue could derail the Brezza from its plum position in the months ahead. This new Hyundai Venue has amassed bookings to the tune of 35,000 units with waiting period upto 6 months.

The Hyundai Venue not only poses a threat to the Vitara Brezza but also to other cars in sub 4 meter segment like Tata Nexon, as well as Hyundai Creta; which stood at No. 3 with sales down 24.99 percent. Hyundai Creta sales in June 2019 were at just 8,334 units down from 11,111 units in June 2018.

At No. 4 on this list of best selling SUVs in June 2019 was the Mahindra XUV300. This SUV has noted sales of 4,769 units and such is its demand that following launch in February 2019, the 25,000th XUV300 rolled off production lines recently. The company has also launched the AMT variant as an option for the diesel variant of the XUV300.

Tata Nexon, at No.5, saw 4,170 units sold in the past month, a marginal increase of 0.53 percent over 4,148 units sold in the same month of the previous year. The Nexon is the first ever Made-in-India car to pass the crash test with 5 Star safety rating which acted as a boost for sales. Though sales prior to January 2019 stood at over 5,000 units, these sales have been going down in recent months but it is an effect felt all across the PV segment in the country.

Maruti Suzuki S Cross was at No.8. This SUV has noted the second highest fall in sales as compared to every other SUV on the list, the highest being for the Renault Captur. Sales fell by as much as 67.08 percent to 1,359 units as compared to 4,128 units sold in the same month of the previous year.

Tata Harrier at No. 10 saw sales to the tune of 1,216 units while Renault Duster, Jeep Compass and the Tata Safari all suffered negative sales.

Apart from the Tata Nexon which noted a very marginal increase in sales, Nissan Terrano was the only other SUV on this list of top SUVs that posted positive sales. Sales of the Nissan Terrano increased 12.82 percent from 117 units sold in June 2018 to 132 units sold in the past month.

It was surprising to see Nissan Terrano selling more than the newly launched Kicks, which is also being promoted a lot these days thanks to the car being the official car of ICC Cricket World Cup 2019. While 128 units of the Nissan Kicks were sold last month, sales of the Renault Captur fell by 75.88 percent to just 103 units as against 427 units sold in the same month of the previous year.

In total there were 49,611 SUVs sold in June 2019 as compared to 48,416 units sold in June 2018, an increase of 2.47 percent which is due to the fact that no sales were recorded for the recently launched Hyundai Venue, Mahindra XUV300, Tata Harrier and the Nissan Kicks. There also seems to be no respite from falling sales over the next few months as buyer sentiments continue to be low especially in rural sectors coupled with a liquidity crunch, rising fuel costs and higher insurance.