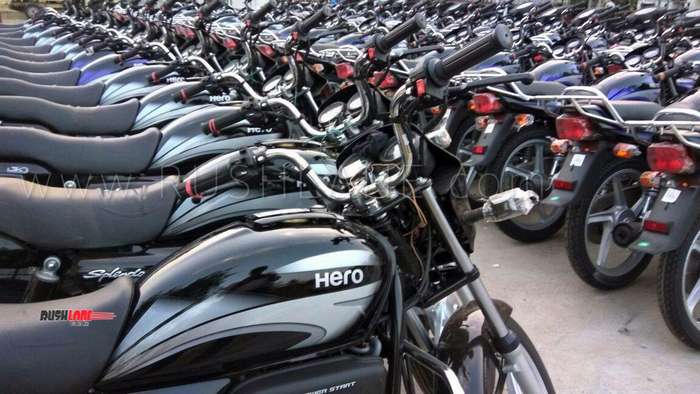 At second spot is Honda Activa with sales of 210,961 units in April. The on-going slowdown in auto sector seems to have taken its toll, as Activa sales were 339,878 units in April 2018. This translates into y-o-y de-growth of around -38%. However, the company is hopeful that sales will improve when demand rises again in rural markets. 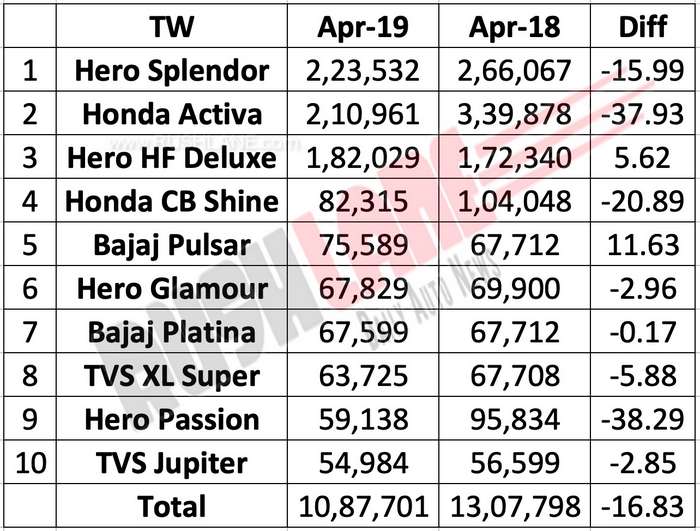 Next is Bajaj Pulsar at fifth place, which has also registered positive y-o-y growth. Pulsar sales were at 67,712 units in April last year, which has zoomed to 75,589 units in April 2019. This translates into y-o-y growth of more than 11 per cent. Pulsar is among the bikes that have helped Bajaj to improve its market share in FY2019.

Hero Glamour has retained its sixth position with sales of 67,829 units in April 2019. However, sales were slightly higher in April 2018 at 69,900 units. At number seven, Platina is another reason for joy for Bajaj. Platina was not there in the top 10 list in April last year, but with improved features and revised strategy, sales have zoomed to 67,599 units in April 2019.

Next is TVS XL Super moped, which has retained its eight position with sales of 63,725 units in April 2019. However, sales are lower than April 2018 when it had sold 67,708 units. TVS XL Super will soon be offered with BS-VI compliant engine, making it the only such product in the country.