BharatBenz buses and trucks get FREE sanitization and check-up offer

The campaign is being offered on a one time basis per vehicle and valid from May 26 to June 10, 2020 in Karnataka and Kerala

Over the past few months of lockdown, there were many BharatBenz trucks and buses which were pressed into service. There were over 650 DICV trucks which carried essential goods to various parts of the country while the company recently introduced their BSVI range of buses which were used to move frontline workers to several locations. There were also a number of buses and trucks were also left idle during the period and hence proper sanitization is mandatory to protect its users against the COVID-19 pandemic.

Daimler India Commercial Vehicles have opened their factories and dealerships and are now undertaking sanitization programs for its customers. This is a free service and will follow a 37 point vehicle check in the states of Karnataka and Kerala. The plan will be extended for the rest of the country depending upon lockdown restrictions and could extend till June 16, 2020.

Called the “ProCheck” campaign, it will follow the 37 point checklist which will determine the condition of the bus with complete check and sanitization of driver’s cabin and load area. The company is also providing training to drivers so as to educate them on how to safeguard themselves against the virus while BharatBenz is also offering extended service and warranty periods to as a special benefit its customers. 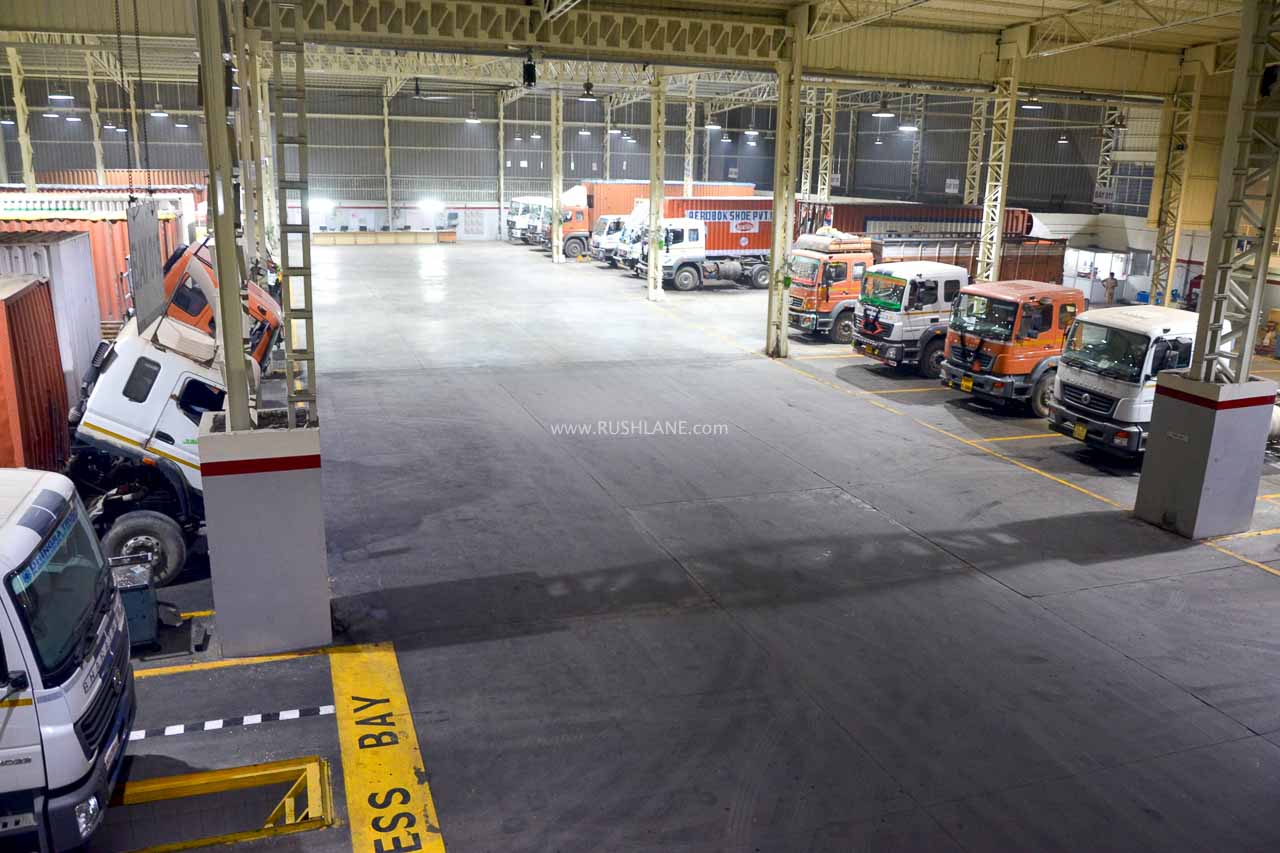 In April, DICV also achieved a major milestone. The company completed sales of 1,00,000 BharatBenz medium and heavy trucks and this milestone comes after 8 years of start of production in 2012. The company also celebrated an export milestone with exports of over 30,000 vehicles under the BharatBenz, Mercedes-Benz, Freightliner and FUSO brands. Exports were made to over 50 countries while the company has also completed exports of 130 million parts to other plants within its network since 2014.

DICV’s plant in Oragadam near Chennai is spread over 400 acres. It commenced operations earlier this month following orders from the local authorities. The company set up a Crisis Management Team (CMT) to help and guide the employees through this period.

CMT has taken charge of tracking each of the company’s 4000 employees and is also overseeing the company’s CSR initiatives. Renovations are made at the plant so as to allow for social distancing and while they have commenced production only with a limited number of employees, the workforce will be ramped up gradually to full capacity once the lock down ends.

Earlier today, DICV signed an MoU with Tamil Nadu government. Mr. Satyakam Arya, MD & CEO of Daimler India Commercial Vehicles: “This is the second MoU that DICV has signed with the Government of Tamil Nadu. It demonstrates our unshakeable confidence in the long-term potential of India as a market for commercial vehicles, and our ongoing commitment to the country as a whole.”