RUSHLANEDAILY AUTO NEWS
HomeBike NewsTraffic cop orders to load biker along with his bike into tempo...

Pune is home to the largest number of two wheelers in the country. Obviously, parking is an issue in the city. To make sure that parking is in order, there are the infamous vans, which are always on the lookout for vehicles (especially two wheelers), which are not parked in the correct spot.

If you ride / drive regularly in the city of Pune, you will possibly be able to get a better picture of the situation that is created when a towing van and the people inside lay eyes on a vehicle that is not in the correct parking spot. 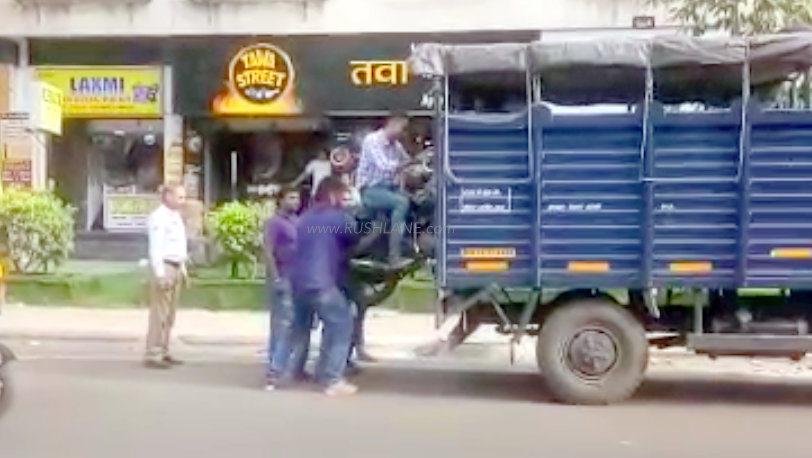 What happens when both reach about the same time? Probably a long argument, and at the end of it, if no solution is met, this is what happens.

It was only after the owner of the bike saw the towing van, he came running to his bike and sat on it. As he refused to get down his bike, the cop ordered the helpers to tow the bike, as well as the biker. Senior Police officials from the City are investigating the issue. More details will be revealed later.