In what can be termed as a serious security lapse, a host of unidentified bikers were caught on video performing stunts along the new Eastern Peripheral Expressway. This incident was reported just a few hours ahead of Prime Minister Narendra Modi visit to the area to officially declare the expressway open for use by general commuters.

Visual recorded the bikers at Ghaziabad’s Dasna area on Eastern Peripheral Expressway (EPE) which is just a few kilometers away from where the inauguration was supposed to take place the next day posing a serious security lapse. A part of this EPE is still under construction, but despite this fact, the bikers managed gained entry into the area to perform these dare devil stunts. Watch the video below.

The group of bikers are not only endangering their own lives, but that of others as well. In their attempt to perform stunts, which includes wheelie and stoppies, the bikers are not paying attention to the road traffic.

They are also seen making turns in the middle of the road, and then riding in wrong side direction. They are seen doing this non stop, perfecting their stunt. Sadly, the cops are yet to identify these bikers. 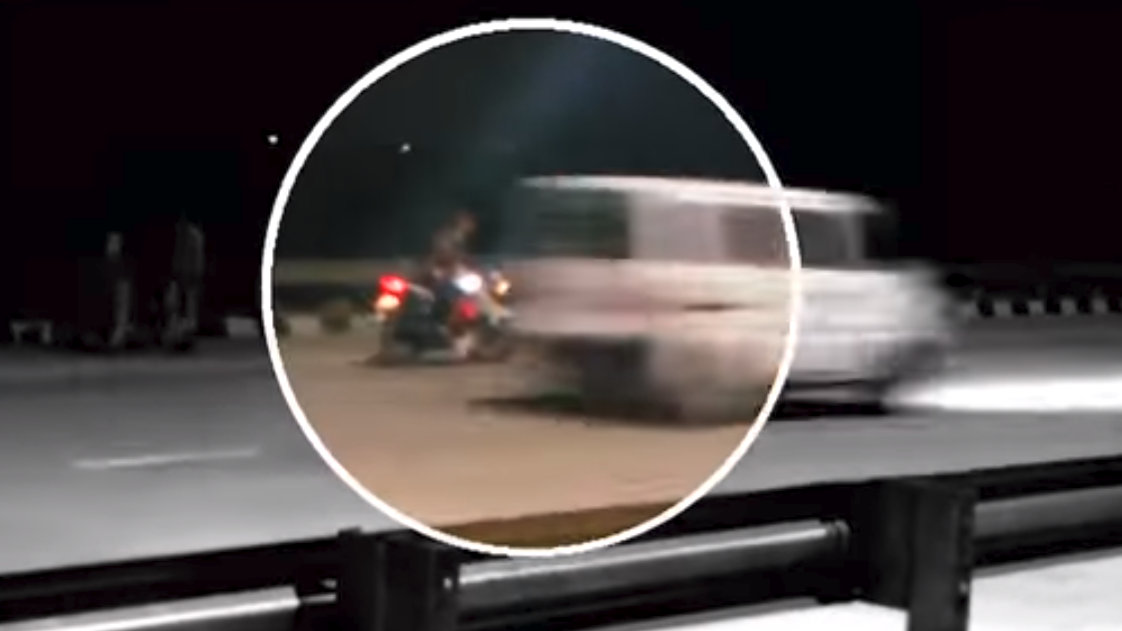 Delhi-Meerut Expressway along with EPE will significantly bring down number of vehicles entering Delhi. This will not only reduced pollution to a great extent but will also see a marked reduction in travel time. EPE is India’s first solar powered expressway. This 135 km long expressway will offer signal free connectivity between Ghaziabad, Greater Noida, Faridabad and Palwal.

It has been built in a record time of 17 months and extends from Kundli and ends at Pawal in Haryana. Once open to general public, over 2 lakh vehicles plying over the expressway and will not need to enter New Delhi.