Aiming to target a wider customer base, BMW India has launched its 2 Series Gran Coupe in the Indian market today. This is the most affordable sedan from the German carmaker. BMW 2 Series will take on rivals such as upcoming Audi A3 and Mercedes-Benz A-Class sedan.

BMW India stated that the new 2 Series is their 12th car which is being produced locally, at the company plant in Chennai. It is priced from Rs 39.3 lakhs for Sport Line 220d variant, while M Sport 220d is priced at Rs 41.4 lakh. All prices are ex-sh.

There will be two trims on offer for BMW 2 Series Gran Coupe, M Sport and Sport Line. Key differences between the two can be seen in the design elements of front fascia, side profile and interior theme. M Sport has a sportier, futuristic looking front section with chrome garnished kidney grille and mesh-type design for the bumper and fog lamps. ‘M’ badging can be seen at various places such as front fenders and steering wheel.

In comparison, the Sport Line variant has a classy appeal with conventional slatted design for the bumper and chrome garnished windows. The front kidney grille sports a blacked-out look with chrome on the borders.

Talking about the side profile, M Sport variant is equipped with 18-inch wheels whereas Sport Line has 17-inch wheels. Both variants will be equipped with runflat tyres. On the inside, M Sport has ‘Illuminated Boston’ interior trim finish whereas Sport Line has ‘Illuminated Berlin’. Choice of theme for upholstery includes a dual-tone Sensatec Oyster & Black and an all-black Sensatec Black for both variants. 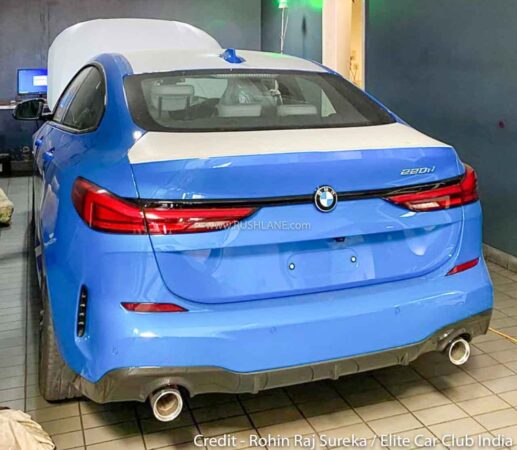 At the time of its launch, BMW 2 Series Gran Coupe will be offered in only diesel format. Powering the sedan will be a 2.0-litre turbo diesel motor that churns out 190 bhp of max power and 400 Nm of max torque.

It will be mated to an 8-speed automatic gearbox. BMW is expected to introduce the 2-0 litre turbo petrol motor for 2 Series Gran Coupe at a later date. This motor is capable of generating 192 bhp / 350 Nm. In the company’s line-up, the 2 Series Gran Coupe will be positioned below the 3 Series. 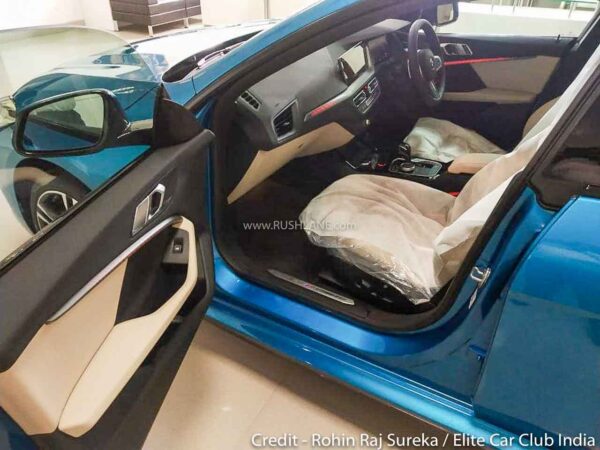 Bookings for BMW 2 Series Gran Coupe have commenced and can be made online for Rs 50k. Customers who had pre-booked the car before today’s launch are entitled to special benefits, including Rs 50k Taj Experiences Gift Card. This can be used at any Taj facility in the country for holiday packages, hotel stays, spa, dining, etc.