The decision to buy the BMW G310 at its price point instead of the KTM counterpart which is superior in almost every aspect, is not exactly all about logic. Of course KTM is a premium brand in its own right, but the emotion of owning a BMW motorcycle is far more gratifying simply because of the heritage associated with it. The extra dough is for the pride and exclusivity that comes with the Bavarian badge.

This illogical logic of choosing the Beemer over many rivals in the same performance bracket, is not for everyone. It is for whom owning a BMW motorcycle has a place in their bucket list. If you belong to this school of thought the price tag which is widely considered to be steep would actually appear to be very enticing. But, do the G310R and G310GS offer the complete BMW experience that we have yearned? 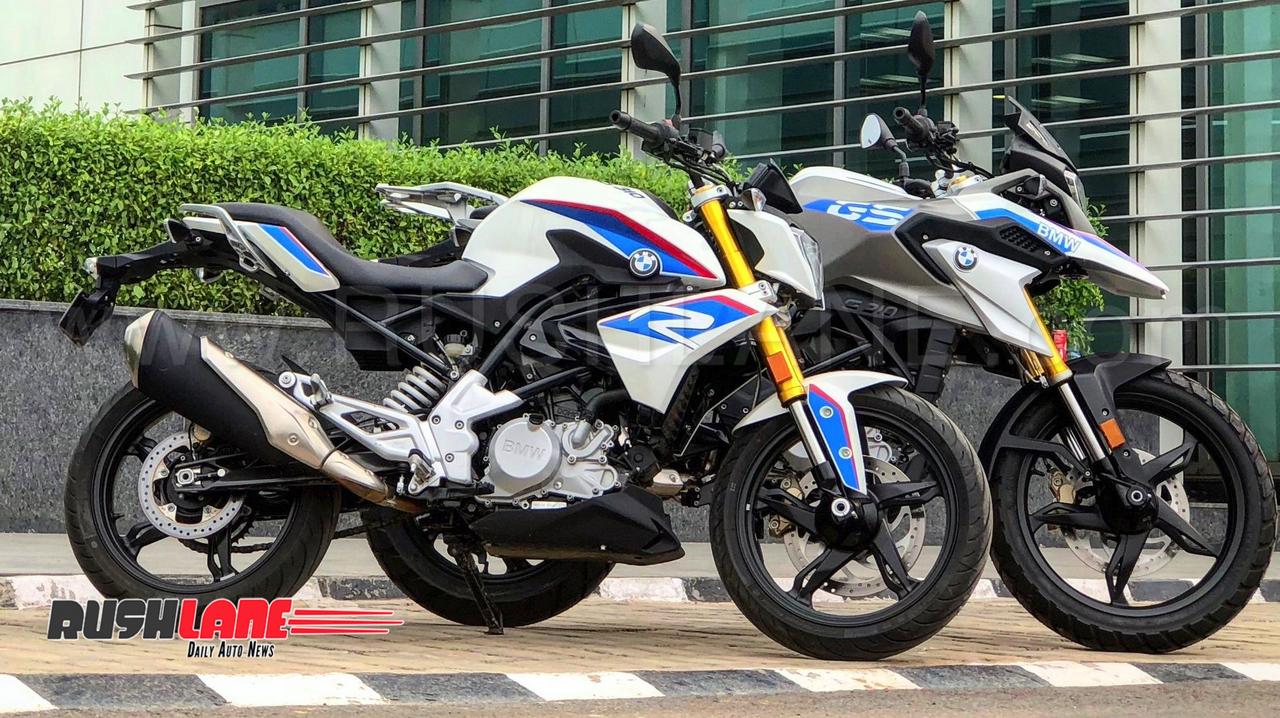 At first sight both the bikes look overwhelming and joyous thanks to the clear BMW hereditary in the aesthetic department. The BMW G310R and G310GS are worthy previews to the S1000R and the R1200GS respectively. The build quality is very appealing from afar and up-close you’d realise how effortless they have made it seem to achieve perfection. To break it up, we are talking about the materials used, the panel gaps, the way things operate like switches and clutch, the tactile feel, and the coherence in all.

Spending more time with the G310 twins, examining them on the surface and beneath the parts, we wondered more and more how much thought and work would’ve gone into these bikes to make them so simple and easy to comprehend as all the parts have very uncomplicated and straightforward fitment. In addition to that, the bikes are highly accessorisable thanks to the good number of accessible provisions to fit the after-market add-ons. 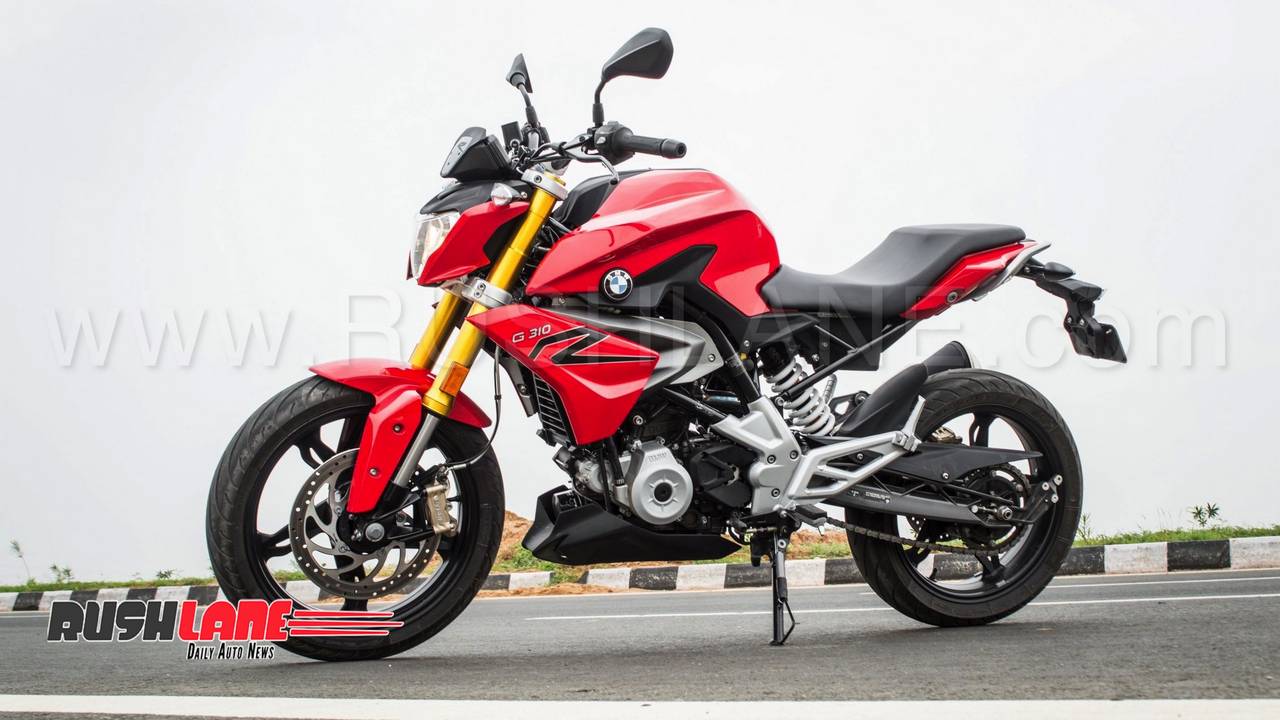 When it comes to stock features the G310R and the G310GS are not ahead of their time, but they do have all that’s considered fundamental in this segment. That starts with the instrument cluster with LCD display showing the standard readings like Time, Gear Position, Trip Readings, among the usual, and some catchy additions like Range Indicator and Fuel Economy calculator. Both the models get the same instrument console. The key hardware that’s common on both bikes includes die-cast aluminium wheels, 41 mm dia inverted telescopic fork, mono shock with pre-load adjustment on aluminium swingarm, tubular steel frame with bolt-on rear sub-frame, and a nicely carved one-piece seat for rider and pillion which flows beautifully along the edgy design of the G310 twins. The pillion grab handle and luggage rack at the tip of the tail carry well and finish the design flow like a pro.

Though the underpinnings look the same on G310R and G310GS, BMW Motorrad has carefully tweaked the parts to individually suit the models for their function. The most noticeable of them would be the larger front wheel on the GS measuring 19 inches in diameter, while the rear and the both on the 310R stretch the tape to 17 inches (the segment standard). Next up would be the suspension travel, the most appreciable of all, with GS getting 180 mm stroke on the front as well as the rear, while the street fighter is happy with 140 mm travel on the front and 131 mm at the rear. 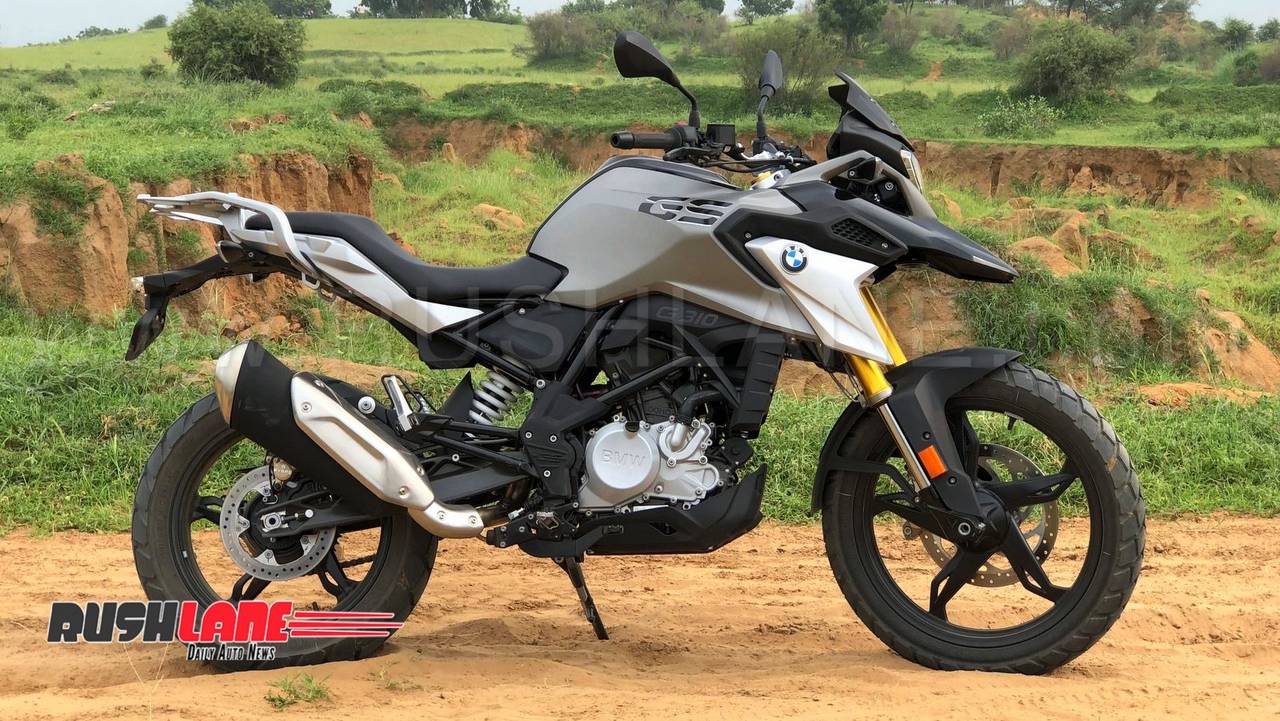 Though the GS’ shocks have a long way to compress, they don’t not bottom out while dipping in the dirt. You’d realise that when you climb aboard the 835 mm tall seat which slumps a good measure. But that level of softness is what makes the GS glide over the stubble of the road which is never scarce in this country. The G310R however is not that soft and has good balance of stiffness for road and track use.

The handling is what’s truly BMW you’d get for the buy. Both the bikes have amazing road holding thanks to the geometry of the bikes and the perfectly syncing tyres. The 310R gets Thai-made Michelin Pilot Street Radials – 110/70-R17 upfront and 150/60-R17 at the rear, while the beaked variant gets dual purpose tyres that go by Metzeler Tourance. The sizes are 110/80-R19 at the front and 150/70-R17 at the rear.

The confidence the GS gives on mud and the R gives on asphalt is truly remarkable, chiefly due to the lightweightedness (yes it’s not a word) and embracing ergonomics. The GS comes with a wider handlebar than the R’s, which contributes to the nimbleness and majesty. Standing up and riding the GS may not be comfortable for tall riders as the stock handlebar position is not too tall for that, but there are aftermarket accessories to enable that if you’d need, like Handlebar Raisers. 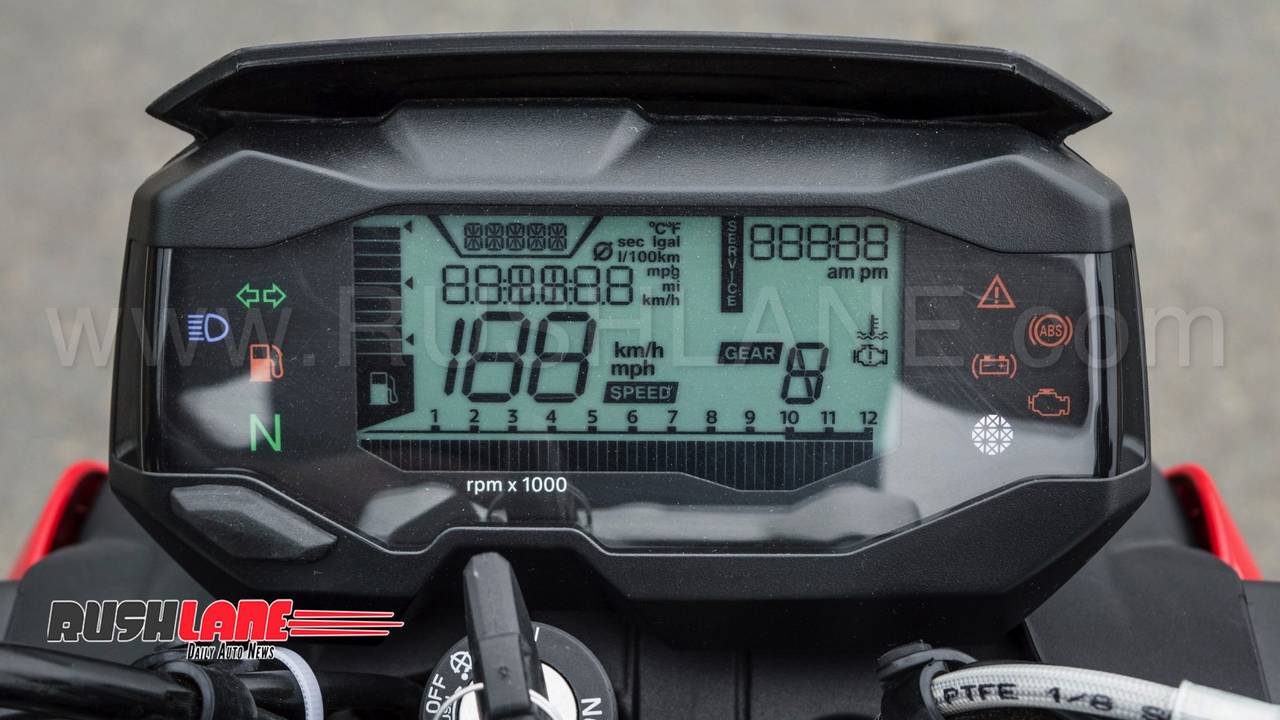 What’s really a bummer is the 11-litre fuel tank, which may be good enough for the metropolitan 310R, but may not be so for the 310GS as the bike is so adept for getting lost into the wilderness, and come on, it has a huge belly!

Both bikes have dual channel BMW Motorrad ABS utilising 300 mm and 240 mm rotors at the front and rear respectively, via Bybre callipers. The braking response is very instantaneous, at the same time not too sharp and overwhelming. The GS 310 gets a dedicated ABS button on the left switchgear console which gives the rider the option to switch the rear ABS on/off on the fly. As most motorcycles, the ABS setting turns back ON when the key is turned ON, if the key was turned OFF with ABS OFF.

So far we have managed to not talk about the powertrain, as it is a crucial and controversial topic on the G310 twins, but save no more. The 313 cc water-cooled Single-cylinder engine with 80 mm bore and 62.1 mm stroke, is only a speed churner and not a mountain climber at first go. The engine produces very good amount of power and torque for a 300 cc motor, but it’s not built to surprise the impatient. The reason being, the Indian demography is so not used to turning the throttle end to end at all times, but in Europe which is the market the BMW G310R was designed for, has very different noise regulations, emission norms and riding practices. As a result the 34 PS and 28 Nm are by design not densely packed in one small region at the low end of the rev range, but spread across with linearity all the way till the red-line. So don’t go blaming BMW for having to rev past 4,000 odd rpm to feel the kick, as the bike was not made for India though it is made in India. 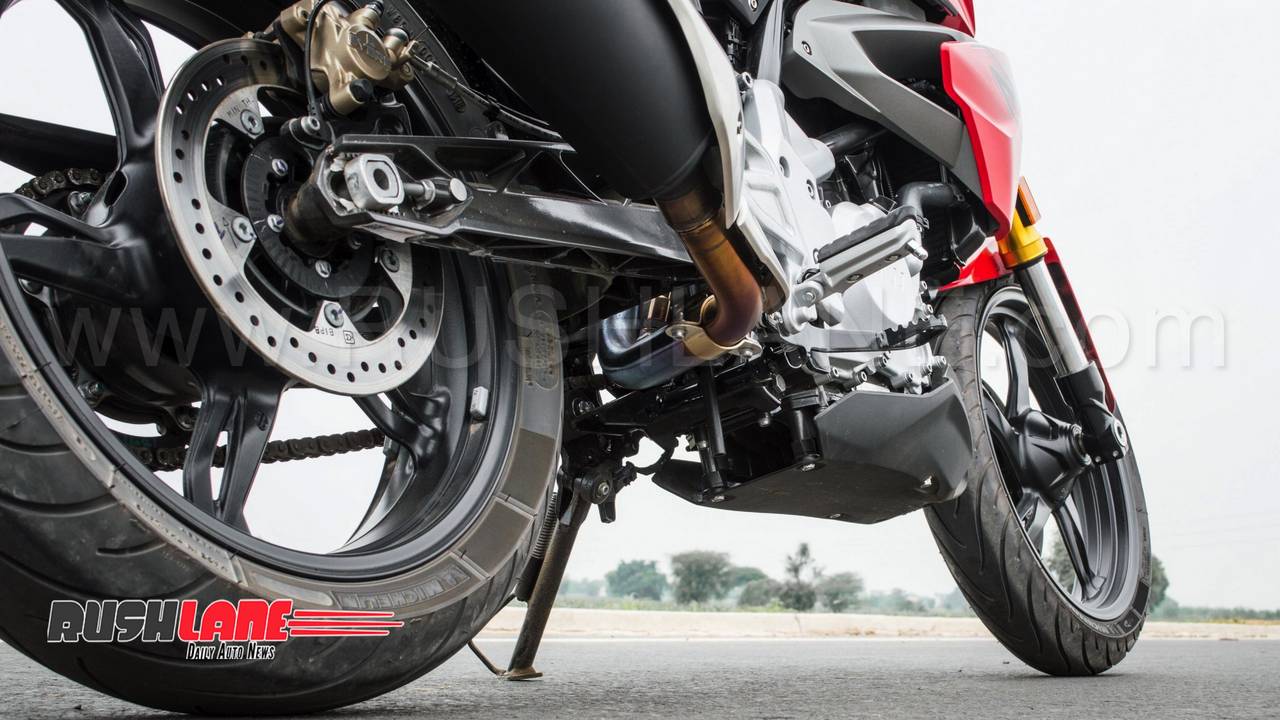 That said, we wonder if the European off-roading enthusiasts were satisfied with the low initial grunt on the baby GS. One tip, if you’re gonna ride on the mud a lot and feel that you definitely need more pull at low speeds, it’s quite inexpensive to get a larger sprocket at the rear and get the job done. So the engine characteristics is surely not a deal breaker if your purpose is well defined. We would like to conclude this chapter by saying that G310GS is for those who consider it a stepping stone to getting the R1200GS someday, so it is a good machine to practice with until the big daddy arrives in your garage.

In other dimension, when you put the 390 and 310R to a drag test, there would clearly be more than just a bike’s length between them by the time they reach 100 kmph, which from a beholder’s eye will be a humiliating defeat. However, the G310R is not built for such a scrutiny, it is only built to be an affordable Beemer. The G310R is slower than Duke 390 by just around one second, when you check the 0-60 and 0-100 kmph stats. From this perspective the performance is acceptable.

What’s not, is the refinement that comes from a near-century old company, with emphasis on German. The engine is relatively noisy and the panels do vibrate except when riding in a few sweet spots in the rev-range. This is kind of the only let down when considering buying the Beemer, but still, its not worse than any of its segment-mates. 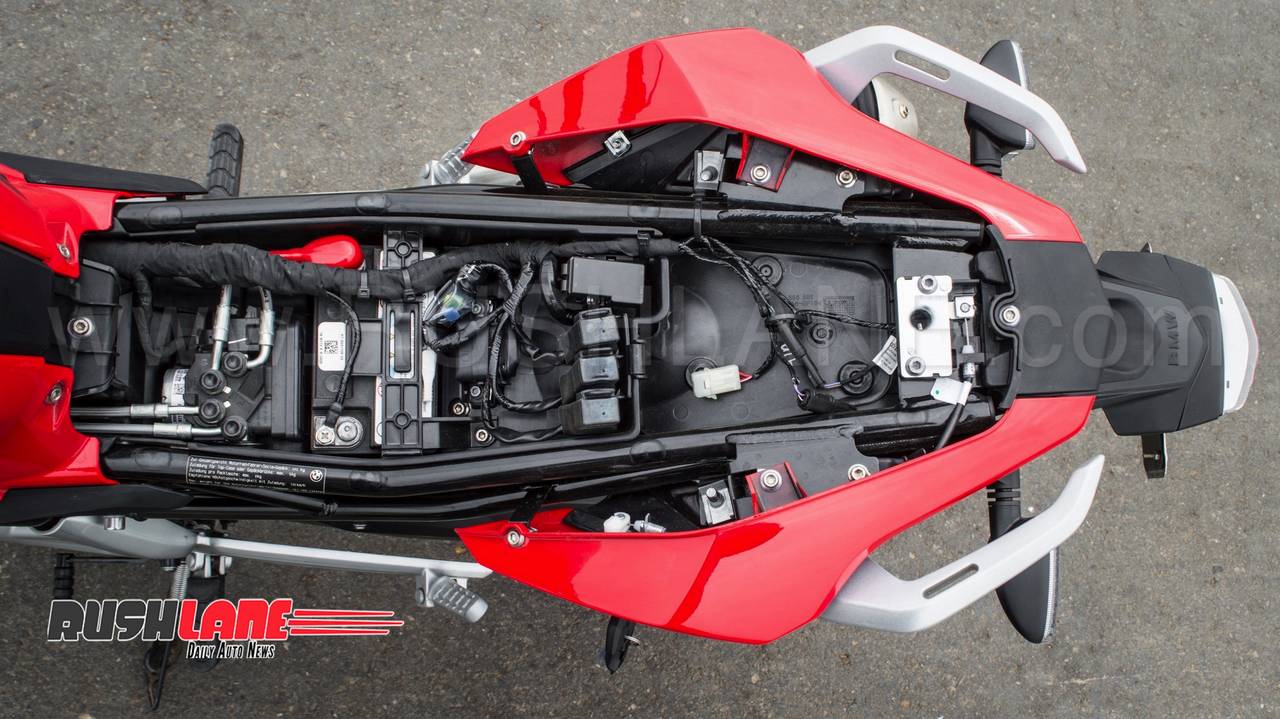 Back to BMW G310GS, there is no direct rival in our market except for the Kawasaki Versys X300 which is furthermore expensive, and the Royal Enfield Himalayan at half the price but very low performance. This puts the G310GS in a unique position of not having a true alternative, which is an additional advantage over the snob value. In other words, if you are looking for a highway machine that can cruise comfortably at 130-140 kmph, while being a highly capable off-roader, you are left with no cheaper choice.

When it comes to practicality, BMW Motorrad has definitely thought ahead as both the bikes have a lot of provisions for add-ons and accessories. Expect a plethora of touring and racing products to be available in the market shortly. That level of customisability makes the G310 twin a great platform to build your own BMW be it for the streets, stunt arena or the dirt where sky is the limit. This is why the G310 is worth the pay.

Verdict: It has its own pride, and It has its own flaws, something for BMW to take note of when they are working on an update or a new spin-off on the same platform. We sincerely hope that they do because it apparently reflects poorly on the motorcycles’ Indian origin. 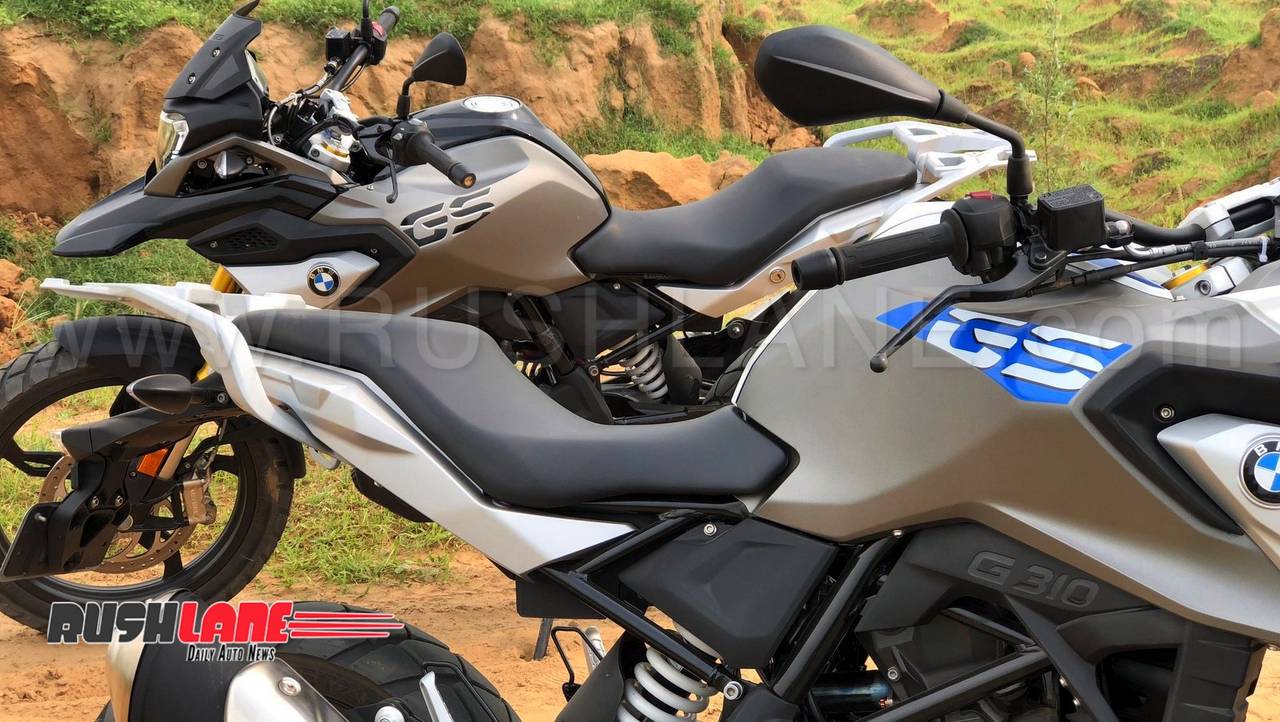 The intent is right, the execution is also right; we only hope that this will not be the end of an initiation for more-accessible models by BMW Motorrad.

Advantages:
You get to own a BMW motorcycle earlier in your career.
You get a great platform to customise and build a personalised premium bike, be it for street riding or adventure touring.
You get an uncompromised balance of power and features to fulfil a riding-purpose though you pay a premium.

Disadvantages:
You’d have to let go of your thirst to be the quick gun on your street despite spending twice as much as the others which is only relatively narrow considering bikes of double its displacement.
If you’re a mile muncher on the highway there are smoother and more refined alternatives at even quarter the price.