BMW Motorrad has officially launched the new 310 twins in India. The BMW G 310 R comes in as an all round roadster while BMW G 310 GS is being regaled for its adventurous stance and sporty highway performance.

BMW Motorrad has also confirmed that the company has already received over 1,000 bookings even prior to the bikes being launched – with more interest being shown towards the adventure touring bike BMW G310 GS. The bikes are available for test drives and on sale throughout company showrooms in India. 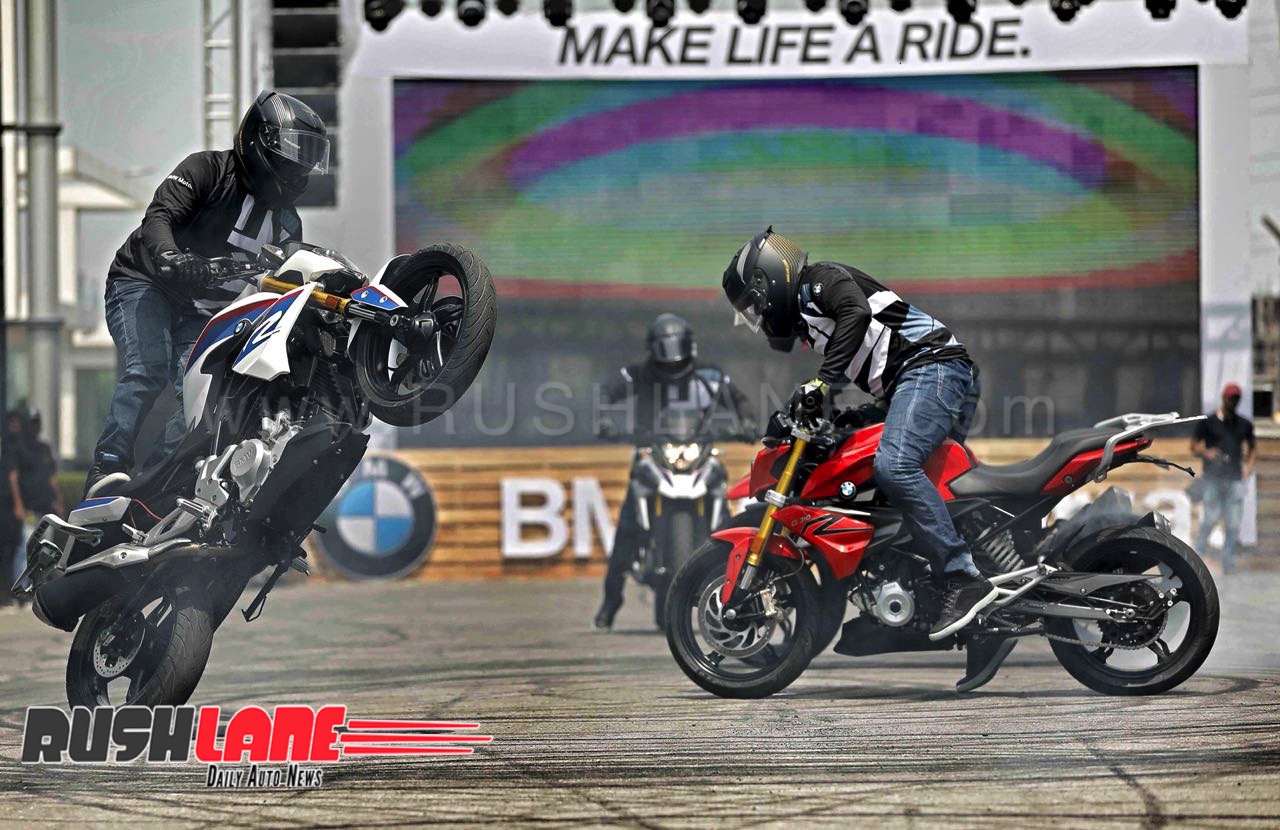 Besides being the first made-in-India bikes for the company it is also BMW Motorrad’s first foray into the sub 500cc segment in the country with which it will address the demands of a new segment of customers. The two bikes have been developed at the company R&D in Munich, Germany and will be produced at TVS Motor Company plant in Hosur, Karnataka with which BMW Motorrad has a partnership agreement.

BMW G310R roadster boasts of features such as a distinctive headlamp, muscular fuel tank and comfortable seating. It gets upside down forks, compact proportions and a short wheelbase. Watch the two bikes in action in the video below.

BMW G310GS, being an adventure tourer gets a lightweight body structure to manoeuvre through traffic and yet sturdy enough to take on challenging road conditions with a more upright riding position. It gets a high front fender and protective windscreen.

Both bikes are powered by a new 313cc, water cooled, single cylinder, four stroke engine offering 34 hp power at 9,500 rpm and 28 Nm torque at 7,500 rpm mated to a 6 speed gearbox. The engine gets a backward tilted cylinder in an open deck design while cylinder head turned by 180 degrees.

Acceleration from 0 to 50 kmph is achieved in 2.5 seconds while top speed stands at 143 kmph. Both BMW G310R and G310GS come in with 3 years / Unlimited kms warranty as standard which can be extended to the 4th and 5th year as well. In terms of competition in India, the BMW twins will compete with KTM 390 Duke and Mahindra Mojo.