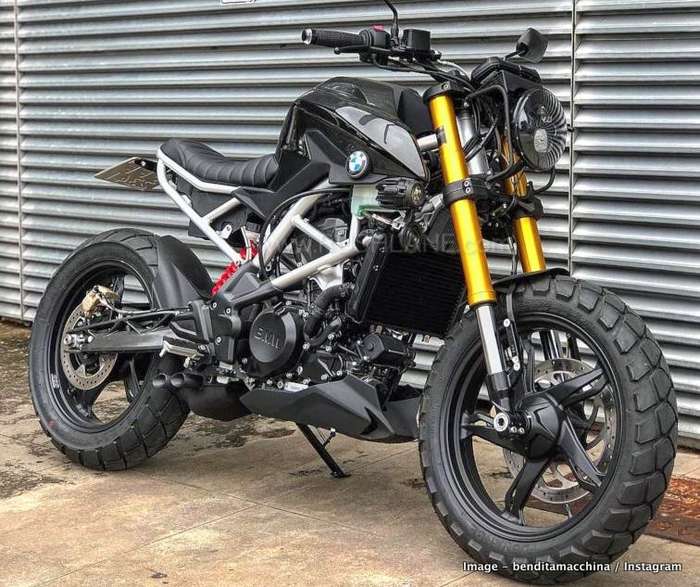 Launched last year, BMW G310R and G310GS have received good response in the Indian market. These bikes are manufactured by TVS in India and come at a premium. In spite of being made in India, the price of the BMW twins in India, is more than its price in the US.

But in spite of this, sales have been decent in India. With their rising popularity, these bikes have started making their way to customization shops across the globe. In a recent customization project, BMW G310R has received a stunning naked makeover.

All pieces of fairing have been removed, which unveils the sinewy core of the bike. It renders the street fighter look and makes the bike ready for racing. Stock headlight has been replaced with a round one, which gives the bike a retro flavour. It comes with LED lights, which coupled with the supplementary headlights, aim at improving visibility during night rides. 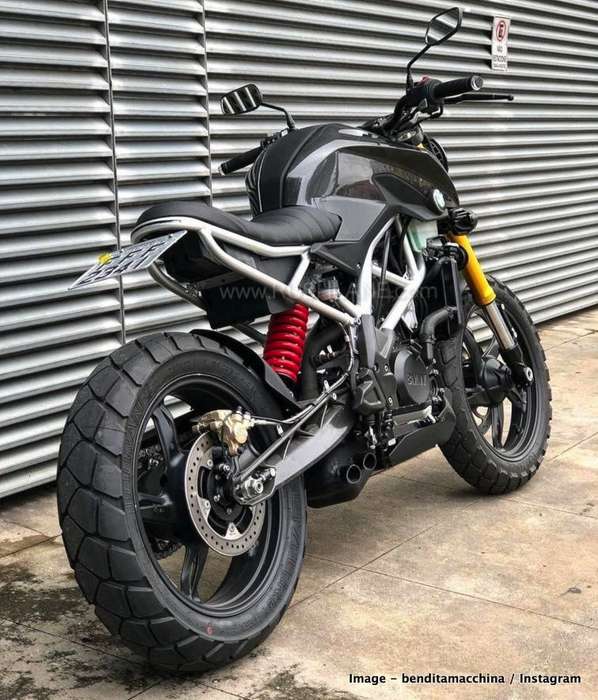 While most body parts are painted dark black, the frame gets a contrasting silver shade. This enhances the bare bones appeal of the bike. At the rear, the stock seat has been replaced with customized one featuring quilted pattern. Tail has also been shortened to suit the bike’s compact profile. Stock monoshock unit has been retained, but it gets a contrasting red-coloured paint job, which accentuates the bike’s rear profile.

Another key change is the custom exhaust unit, which is fitted directly onto the catalytic converter. However, there are no changes in the engine and performance. Modified BMW G310R utilizes the stock 313 cc, water-cooled, four-stroke, single-cylinder engine that generates 34 HP power at 9,500 rpm and 28 Nm torque at 7,500 rpm. BMW G310R comes with 300 mm disc at the front and 240 mm disc at the rear. In terms of safety, it is equipped with dual-channel ABS. Prices start at Rs 2.99 lakh, ex-sh.