RUSHLANEDAILY AUTO NEWS
HomeBike NewsIndia-made BMW G310R, G310GS are priced higher in India than in the...

India-made BMW G310R, G310GS are priced higher in India than in the USA

BMW Motorrad announced the G310R and G310GS as global motorcycles, with focus on emerging markets. Both these motorcycles are made in India by their partner TVS Motor Company. In spite of this, India was probably one of the last markets to receive the motorcycle.

Earlier, enthusiasts were unhappy because of the bikes not getting launched in India. Now with the bikes launched, most of them are still unhappy. The reason – price is too high. 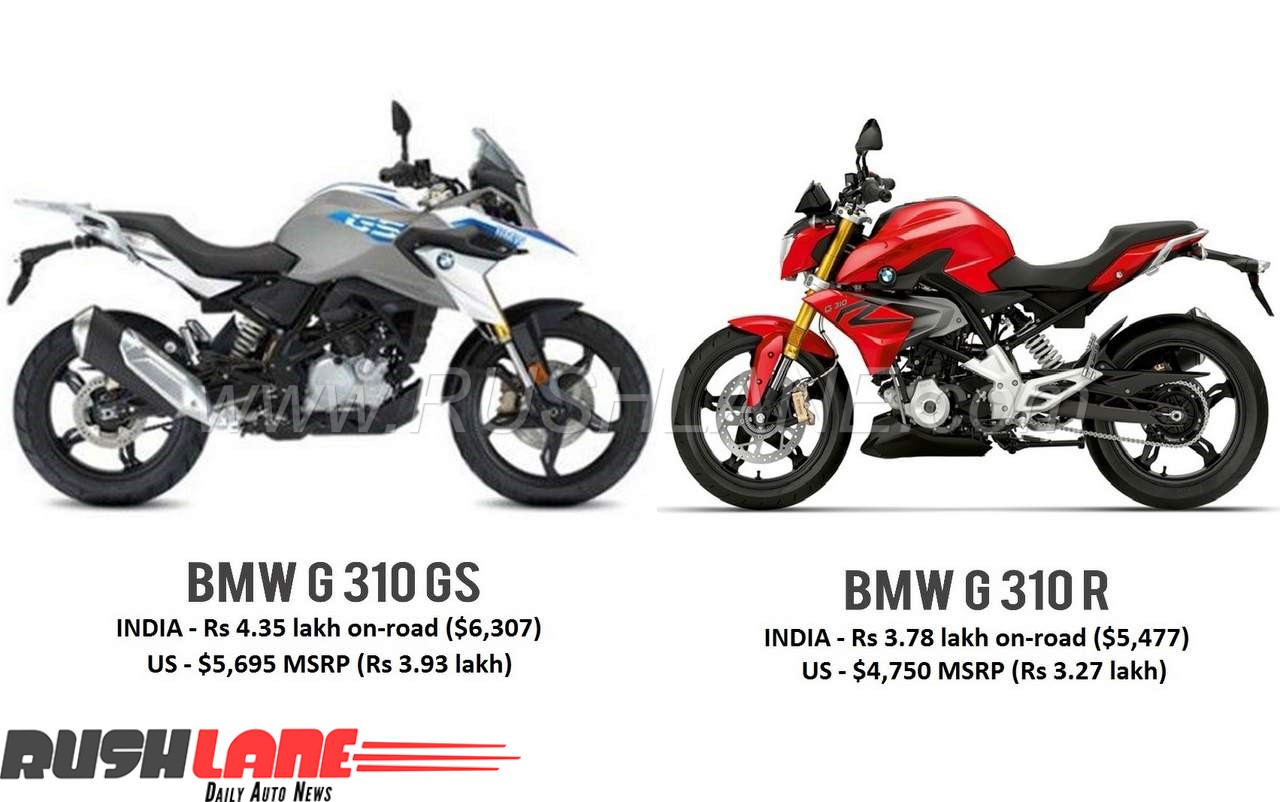 In India on the other hand, the motorcycles are priced at Rs 3.78 lakh and Rs 4.35 lakh on road (excluding road side assistance, side stand). So how did India get a made in India bike priced higher than its export-spec variant? Well, there is no clear answer.

As per the same pricing strategy, BMW G310R should have been cheaper than the KTM Duke 390 in India. But that is not the case. Here it is about Rs 1.1 lakh more expensive. It is not clear as to why such a pricing strategy was adopted by BMW India. It could be that the brand wants to maintain their premium status, and only have consumers from a select segment, instead of attracting the attention of all who in the entry level segment.

This could have failed on multiple ends. If the G310R was priced like D390, it would have resulted in more sales. But, unlike KTM India, BMW India does not have a widespread network to provide sales and support at the moment. This could have ended up with bad customer experience. Probably they wanted to keep sales low, and customer satisfaction high, which is why such a pricing was adopted.