BMW Motorrad has announced an interesting update for the G310R, which will be launched in India on 18th July along with the G310GS. The 2019 Model Year G310R and G310GS will be launched first in India.

Updates on the G310R include the addition of a new colour, in the form of TVS Apache 310’s Racing Red finish. One more colour is on offer, it is the HP Motorsport paint finish (Pearl white metallic with “HP” lettering). Sad news for those who wanted to buy the bike in blue colour, as that colour has now been discontinued from G310R range. Other colours will continue as before. 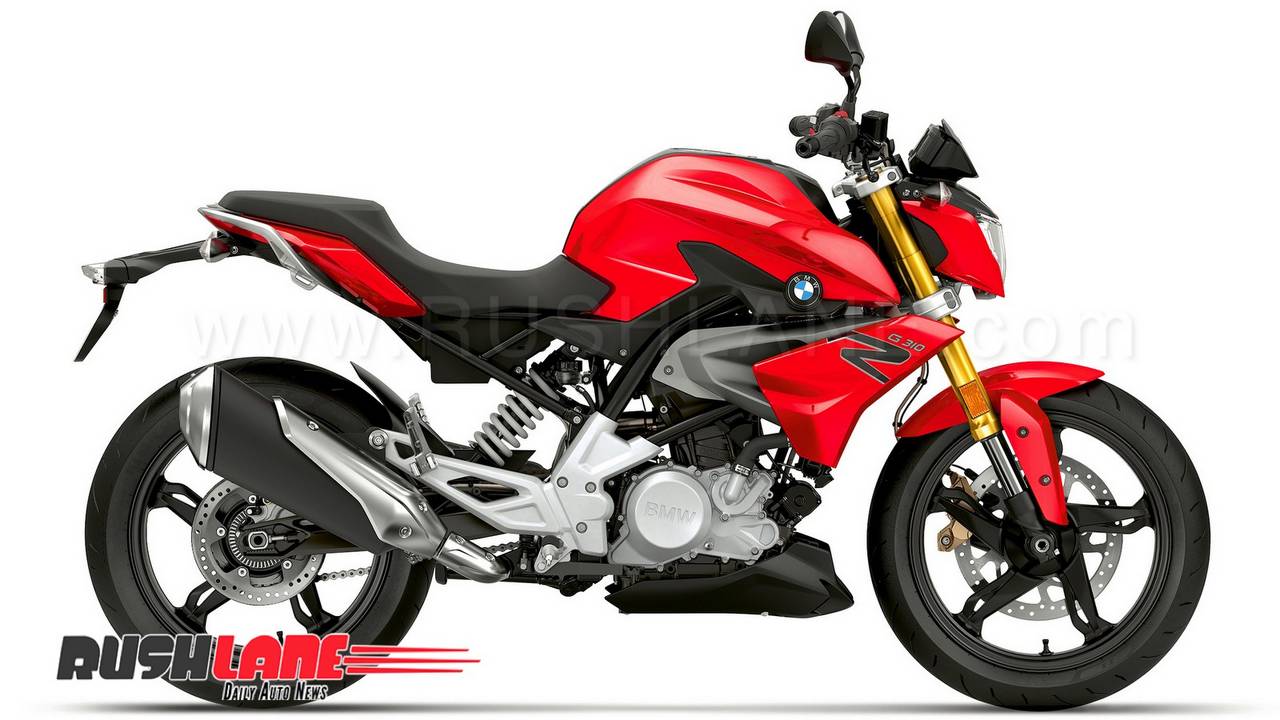 Apart from the new colour, the 2019 Model Year G310R and G310GS also gets a thoroughly updated BMW Motorrad app version 1.6. It will get thoroughly revised maps optimized for motorcycle riders. The navigation will also get a ‘winding route’ option. BMW motorcycle owners can start updating their app from August and enjoy the new features.

BMW G310R and G310GS are two entry level motorcycles that are currently on sale in international markets. They have been engineered and designed in Germany by BMW, but are produced in India by TVS Motor Company. While the G310R is a street naked bike, the G310 GS is an adventure tourer. The G310 GS sports longer travel suspension as compared to the G310R and sits on larger front wheels fitted with dual purpose tyres.

Both bikes are powered by 313cc, liquid cooled, single cylinder engine – offering 34 PS power at 9,500 rpm and 28 Nm torque at 7,500 rpm mated to 6 speed transmission. The G310R and G310GS will weigh 158.5 kgs and 169.5 kgs respectively. They will receive reverse cylinder design, tubular steel frames and 5 spoke alloy wheels. ABS will be offered as standard.

Though there is no official confirmation, prices are slated to be between INR 3.5-4 lakhs. Once officially launched in the India, the BMW G310R will compete with KTM 390 Duke and G310GS will compete with Royal Enfield Himalayan. Company dealerships across the country have started taking in bookings from customers at Rs 50,000 with deliveries promised by early August.