Just like its performance car segment, BMW now gets a separate performance segment for its motorbikes which the same prefix ‘M’

When it comes to automotive, nothing beats German technology and engineering. That’s why German automotive revered so highly across the world. BMW is one such manufacturer whose quality of products has always been vouched for, not only for cars but also when it comes to motorcycles.

BMW bikes have been known for impressive performances, the S 1000 RR is a testimony to that. However, it seems the Bavarian automaker isn’t satisfied and wants to reach a different level altogether when it comes to performance-oriented bikes. Hence, BMW Motorrad has now introduced the first of its M range of bikes.

Dubbed as M 1000 RR, it is the first true track-focused superbike from the German brand. BMW claims that the genes of M 1000 RR have been directly inherited from professional racing. For reference, BMW Motorrad has been offering optional M performance parts and fittings for its bikes since 2018, but now the brand has decided to launch a completely new high-end performance range. 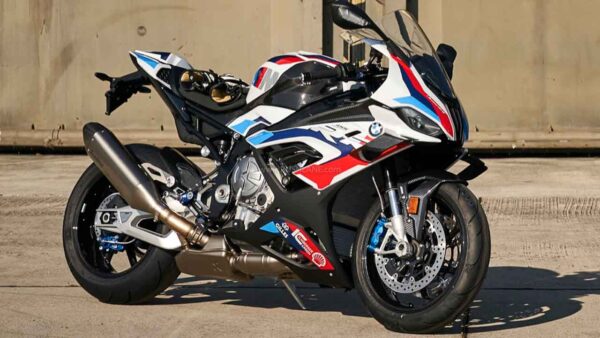 Design-wise it looks quite similar to its S range sibling although it does come with its fair share of distinguishing elements. For starters, the addition of M specific winglets made of clear-coat carbon for better aerodynamic forces. These units have been designed in BMW’s wind tunnels in order to provide downforce at higher speeds. The effects of the winglets can be felt while taking those sharp curves ensuring better cornering stability.

The front wheel has been provided additional load to counteract wheelie. The bike is built on an aluminium bridge frame which is assisted by an updated upside-down fork at front and as a revised central spring strut with blue spring and Full Floater Pro kinematics. According to the company, these changes will help improve drivability and braking as well as anti-squat control. 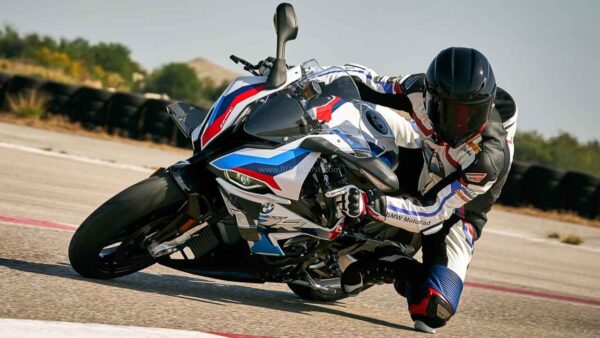 Out of the long exhaustive equipment list, it gets a 6.5-inch TFT instrument cluster which has been borrowed from S1000 RR. However, this unit has been slightly tweaked to get additional readings such as M GPS data logger and M GPS lap trigger. Other notable functionalities include DTC (dynamic traction control), hill start assist, launch control and five riding modes- Road, Rain, Dynamic, Race and Race Pro1-3. 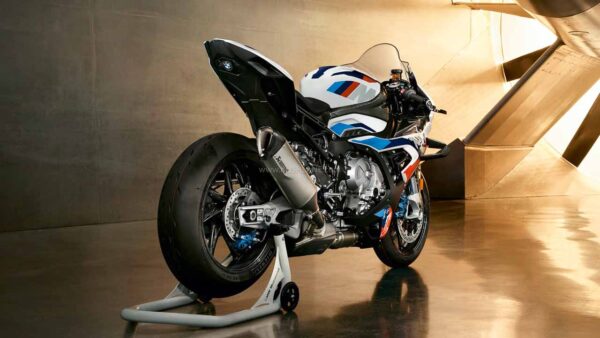 Shifting our focus to its most crucial aspect- performance, it gets an inline four-cylinder 999cc motor which puts out nearly 210 horses of power at 14500 rpm and 113 Nm of peak torque at 11000 rpm. The bike can be redlined past the 15000 rpm mark and produces 5 bhp more than S 1000 RR. This is due to the lighter engine block, titanium connecting rods, titanium valves and modified combustion chamber incorporated in this engine.

The M 1000 RR weighs just 192 kg thus stressing on the theme of ‘more power, less weight’. There has been no official word on pricing. Upon its launch, it is likely to lock its horns with the Ducati Panigale V4.