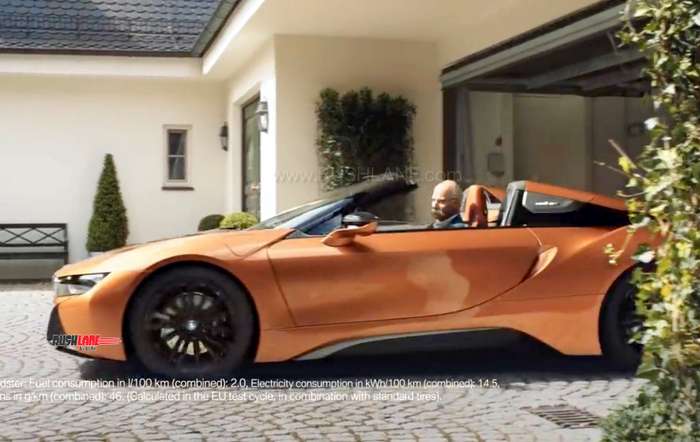 Daimler and Mercedes Head, Dieter Zetsche steps away from his position after 13 years at the top. Ola Kallenius steps in to fill the position, and up from head of development at Mercedes-Benz. The announcement was made in September 2018. Ola Kallenius took charge at the company’s 2019 annual shareholder meeting. Kallenius has been at the company since 1993. He began managing ‘Group Research and Mercedes-Benz Cars Development’ division as a member of the executive board in 2017.

To celebrate the big man’s contribution to Daimler, BMW has just released a brilliant ad, meaningfully calling it ‘Retirement is when you can finally be yourself’. At the heart of it is the man and his remarkable moustache, his send-off, and him handing over his access card. Fond memories, polite goodbyes, and the drive home that has him deep in thought of the long career he’s had. The last of it is the chauffeur dropping him home, and driving away in presumably the office car, a S Class.

Then comes freedom. A life of retirement where you’re free at last. And there’s the smart plot twist – The actor playing Dieter Zetsche driving off in a i8 Roadster parked in his garage.

For his part, Dieter Zetsche, aka ‘Dr Z’ has in fact played his part in a few commercials at the time of the Daimler-Chrysler merger. In person, he was tasked with the demerger of both entities. Over the years, under his leadership, Mercedes-Benz has gone on to overtake BMW sales in the luxury car market.

The parting note is beautifully articulated – ‘Thank you, Dieter Zetsche, for so many years of inspiring competition’. Mercedes-Benz’ response to the video on Facebook was as follows –‘Thanks BMW for the kind suggestion – but we’re 100% sure he already decided to #switchtoEQ.’

Zetsche’s journey with Daimler began back in 1976. Back in 2006, he took over as Chairman of Daimler AG, and has stepped down from his position at the helm earlier than official date. Following the cooling off period, he will return as Chairman of Daimler’s supervisory board when Manfred Bischoff’s contract expires in 2021.