Making its global debut in Feb 2019, the new BMW X3 M will be launched in India soon

Featuring a full camouflage, several features were visible. It showed off its signature kidney grille in the front with distinctive LED DRLs. Its large 20 inch alloy wheels were also noted along with the LED tail lights.

Internationally, BMW offers the X3 M in two variants on Standard and Competition; both of which are differentiated by their front grille frame. The Standard version sports a chrome framework around the grille while the X3 M Competition gets a glossy black frame. Also, the Standard X3 M gets 20 inch wheels while the Competition receives 21 inch alloy wheels. 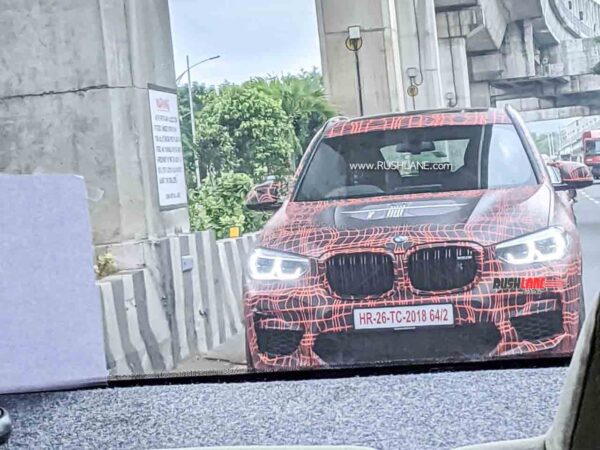 Other features on the BMW X3 M include revised LED tail lamps, indicator mounted ORVMs, a new rear bumper design, dual exhausts. On the inside, it gets sports seats, knee pads on sides of its central console, a revised fully digital instrument cluster and restyled steering wheel and gear levers. Where safety is concerned, the BMW X3 M gets driver and passenger airbags, ABS, EBD and a host of other driver centric safety features, among which will be automatic high beam assist, lane departure warning, adaptive cruise control and automatic emergency braking.

BMW X3 M gets a 3.0 litre, 6 cylinder, twin turbo engine offering 473 hp power and 600 Nm torque mated to an 8 speed automatic gearbox sending power to all four wheels via an all wheel drive system. Acceleration from 0 to 100 km/h is at 4.2 seconds on the X3 M Standard going down to 4.1 seconds on the Competition trim. Top speed is limited to 250 km/h. In India, BMW X3 M is likely to be priced around Rs. 1.2-1.5 crore upon launch in India. 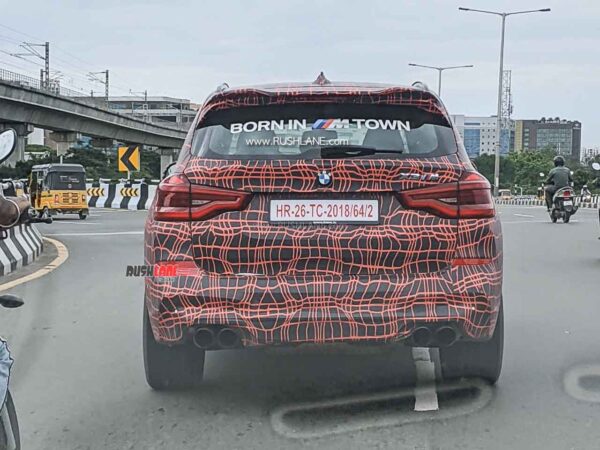 Meanwhile, a BMW X3 facelift is testing overseas. With 3+ years on the road, a mid-cycle facelift sounds about right. The vehicle however only came to India in April 2018, and the facelift version when introduced is most likely to come to India after a planned delay.