BMW X5 M50 Protection will save you from bullets, bomb blasts 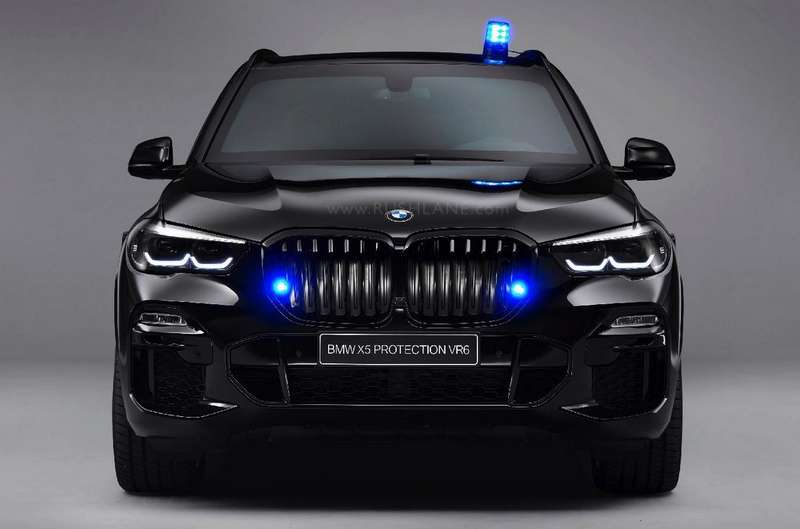 BMW X5 Protection VR6, is a safer variant of the X5 SUV. It is built like a tank and capable of withstanding against bombs, bullets and hand grenades and even upto 15 kgs of TNT. It also gets an optional armored roof that can counter a drone attack and all this is due to the fact that it is covered from bumper to bumper with high-strength steel armor plating which overlaps at each panel for added safety.

BMW X5 Protection VR6 looks like any other crossover but it is designed to take on bullets as large as 7.62×39-mm round from an AK-47, which is officially known as VR6 level of armor, from where it gets its name. This armored vehicle gets a thick aluminum splinter shield to guard its engine and floor from explosive devices.

The windows are made of 33mm thick polycarbonate reinforced glass. The fuel tank is self sealing so as to prevent fuel leak which could result in a fire while the vehicle sits on 20” run flat tyres with reinforced sidewalls allowing the driver to continue on the ride even when losing air pressure.

The interiors are seen with an electric driver side window while passenger side electric window is offered as an option. The four seater interior arrangement is the same as that seen on the standard BMW X5. However, rear seat passengers get protection via an armored luggage compartment partition.

In case one is kidnapped in the boot of the car, there is a panic button which automatically locks doors when the brakes of the car are applied allowing the boot to open for the victim to escape. In the event of a crash, the armored vehicle offers post crash engine management system in which the powertrain does not switch off for a while allowing central locking system to operate for easy escape.

Along with the array of safety features, the VR6 also gets a host of driver and passenger comforts. These include soft closing doors, ambient lighting, BMW iDrive infotainment system and ventilated and massage seats.

BMW X5 Protection VR6 gets its power via a 4.4 liter, twin turbo V8 engine offering 523 PS power and 750 Nm torque. Acceleration from 0 to 100 kmph is achieved in 5.9 seconds while top speed is at 210 kmph. It gets steel spring electronically controlled dampers and enhanced braking system along with a better roll over stabilization facility to keep body roll to the minimum.

BMW X5 Protection VR6 has entered production at the company’s Spartanburg plant in US, from where the regular X5 is also produced, while pricing is yet to be announced. It would definitely be priced much higher than the standard BMW X5 which retails at Rs.72.9-82.4 lakhs. Sales will not be limited to VVIPs or Government officials but will be open to the general public as well.