RUSHLANEDAILY AUTO NEWS
HomeCar NewsBMWBMW X7 sold out in India for 2019 - Bookings for 2020... 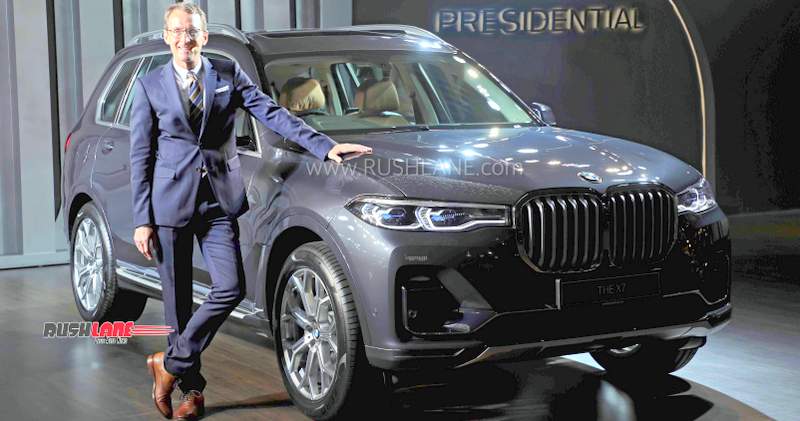 BMW X7 launched in India in July 2019, has seen outstanding demand in the country. The company has announced that this flagship SUV is all sold out in less than three months of launch and bookings will open only for deliveries starting January 2020. BMW X7 is priced from Rs 98.9 lakhs, ex-sh.

BMW India has not revealed the booking numbers received for the SUV. The BMW X7 is offered in two engine options in the xDrive40i and xDrive30d and a total of four variants. It is the largest sports activity vehicle built by BMW ever. It appeals to buyers due to its contemporary design and exclusive exterior and interior features.

New BMW X7 offers agile driving capabilities of a luxury sedan and the space of an SUV. While the BMW X7 xDrive30d Design Pure Excellence Signature variant diesel is locally assembled, the BMW X7 xDrive40i petrol comes in as a completely built-up unit. 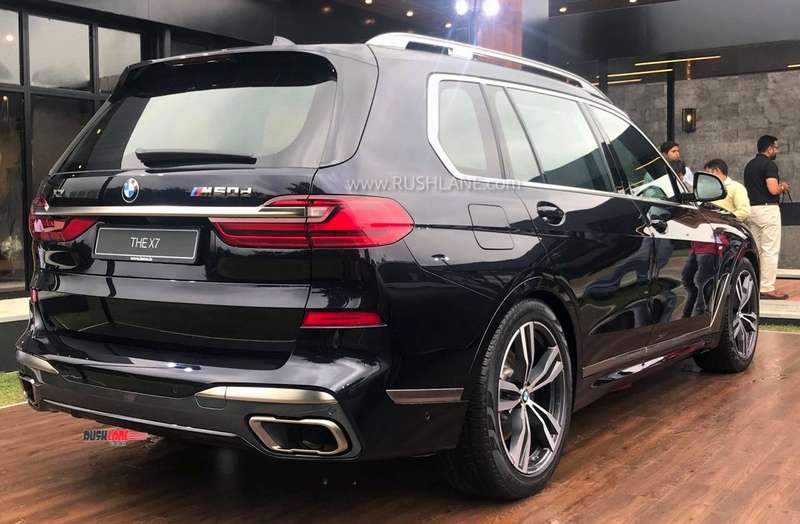 BMW X7 sports similar interior design elements as are seen on the BMW X5. It gets 3 rows of seating in 6 and 7 seater configurations. It receives a large 12.3 inch touchscreen infotainment system with Apple CarPlay and gesture control along with a digital instrument console, 5 zone climate control and ambient lighting.

The BMW X7 xDrive40i is powered by a 3.0 liter straight six, turbo petrol engine offering 340 hp power and 450 Nm torque. The xDrive30d gets a 3.0 liter straight six turbo diesel unit offering 265hp and 620Nm of torque. Both the engines get mated to an 8 speed automatic transmission along with BMW’s xDrive four wheel drive system with surface specific modes.

There is also the range topping X7 M50d poised for launch later this year which will come in with a 3.0 liter inline six cylinder quad turbocharged diesel engine offering 400 hp power and 760 Nm torque. The X7 competes with other luxury SUVs such as the Mercedes-Benz GLS and the Range Rover.

These outstanding sales BMW X7 come at a time when the luxury carmaker has seen volumes dip 11 percent to 7,049 units in the nine months to September 2019. This is as against a steeper 20 percent dip in market volumes augmented by an overall gloom not only across the auto sector but across the overall economy in the country.