A red colored Dodge Ram pickup, driven by a 19 year old, identified as Caleb Wilson, drove into a Walmart store in San Angelo, Texas. Caleb stepped on the gas, rammed into the entrance and crashed into frozen food aisles after which he turned the pickup round and headed out. Surveillance cameras have captured the entire series of events and the accompanying video gives further details.

The incident occurred after the driver was allegedly seen arguing with a woman he was with at the store on early Thursday. Caleb and his girlfriend were seen in a heated argument. They continued arguing as they exited the store and went into the parking lot. 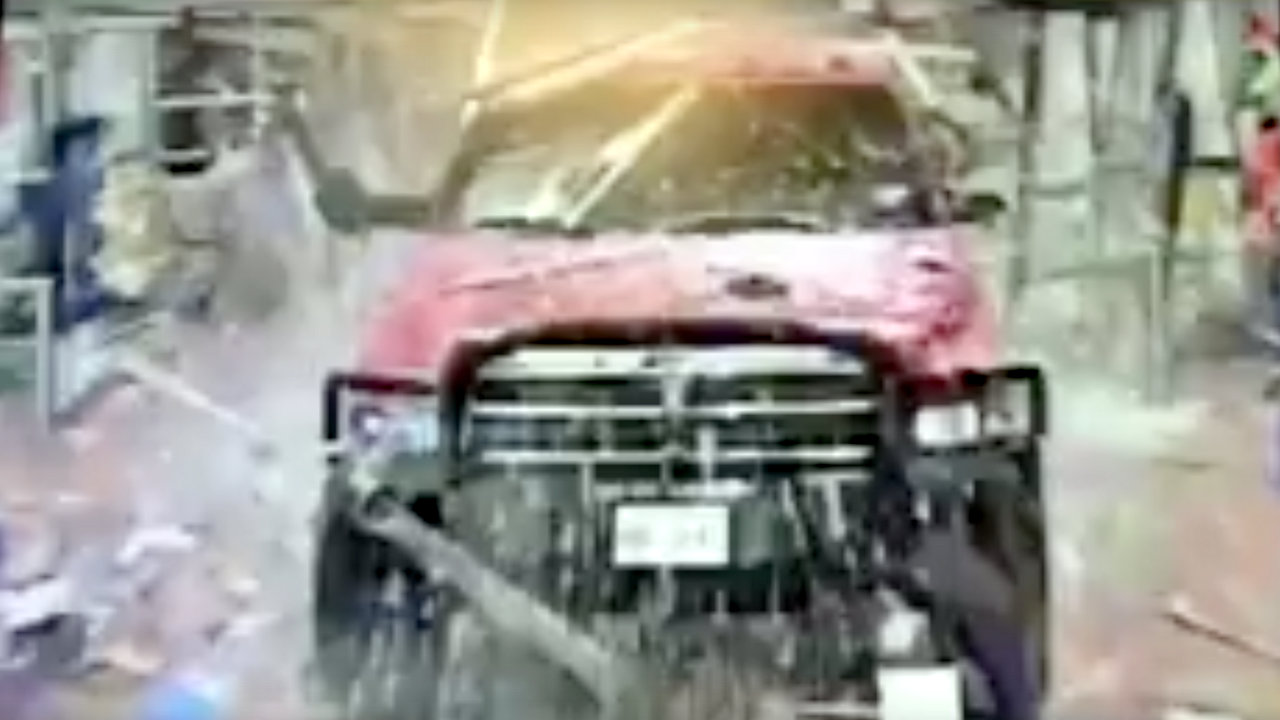 An onlooker went and convinced the girl to go into Walmart but Caleb waited in his 2001 Dodge Ram 2500. As the woman and his girlfriend entered the store, Caleb drove straight in and tried to run the two women over. The crash occurred sometime after midnight on Thursday when the cops were called in following a report of a major vehicle collision involving a pickup truck that rammed into a building.

As soon as Caleb noted the cops arriving on the scene, he turned and made his escape. He exited Walmart and went speeding into the parking lot where he collided with a parked Toyota Camry and then on to a nearby gas station where he was caught by the officers and taken into custody.

Caleb Wilson has since been charged with first degree felony and two counts of aggravated assault with a deadly weapon.

Caleb was taken to a hospital where his mental health was checked while police also estimate that he was under the influence of an intoxicant. Even as security cameras have caught the rampage estimates put damage at $500,000 (Rs 3.5 crores).