The Bajaj Platina 100 disc brake variant is based on the ES (electric start) version is about Rs 4,000 dearer 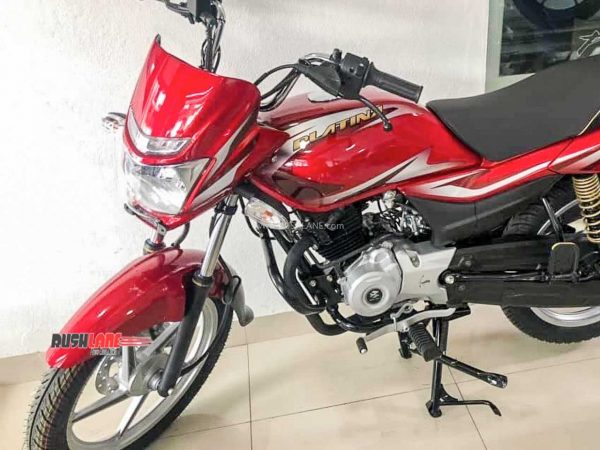 Bajaj Auto has extended the variant lineup of its budget commuter motorcycle, the Platina 100, by adding a new disc brake version. Apart from the addition of front disc, there are no mechanical or cosmetic changes to the motorcycle which received an update earlier this year with 13 new changes.

Keeping with the new mandatory safety regulations, Bajaj Platina 100 disc variant is equipped with combi-braking mechanism and this explains the Rs 4,000 price difference. Disc brake equipped motorcycles are not very common in the budget end of the commuter segment and Bajaj hopes that the new variant of Platina 100 would appeal to safety conscious customers who are willing to spend a little extra for a better braking experience. 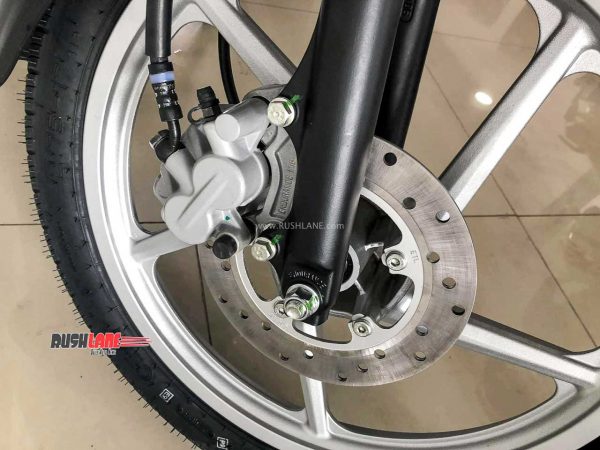 To recap, the Bajaj Platina 100 is powered by a puny 102 cc air-cooled engine which is paired with a 4-speed gearbox. The power and torque figures stand at 7.7 hp and 8 Nm of torque. The motorcycle is claimed to have a top-speed of 90 kmph. As a part of the BS6 update, the motor received electronic fuel injection which is dubbed as e-carburetor and an additional catalytic converter. The new Platina 100 is claimed to emit 50% less carbon monoxide.

Other enhancements that were incorporated on the Platina 100 earlier this year include an engine check light warranted by the FI system, upgraded wiring and fuse box, revised LED DRLs, a rear tyre hugger and new handlebar grips. Thanks to the improvements, the BS6 Platina 100 witnessed an inflation in price of around INR 7k compared to the BS4 version. The addition of front disc brake has further jacked up the prices.

Though the Bajaj Platina and CT100 models have a strong presence in the price-sensitive commuter motorcycle market, Hero Motocorp and Honda Motorcycle & Scooter India (HMSI) together control a major share of this segment. Also, in the recent years, the automatic scooters have been steadily eating into the market share of commuter motorcycles but Bajaj chose to stay clear of this segment. The Bajaj Chetak, the company’s first scooter in a long while, is a pure electric model that caters to lifestyle segment.