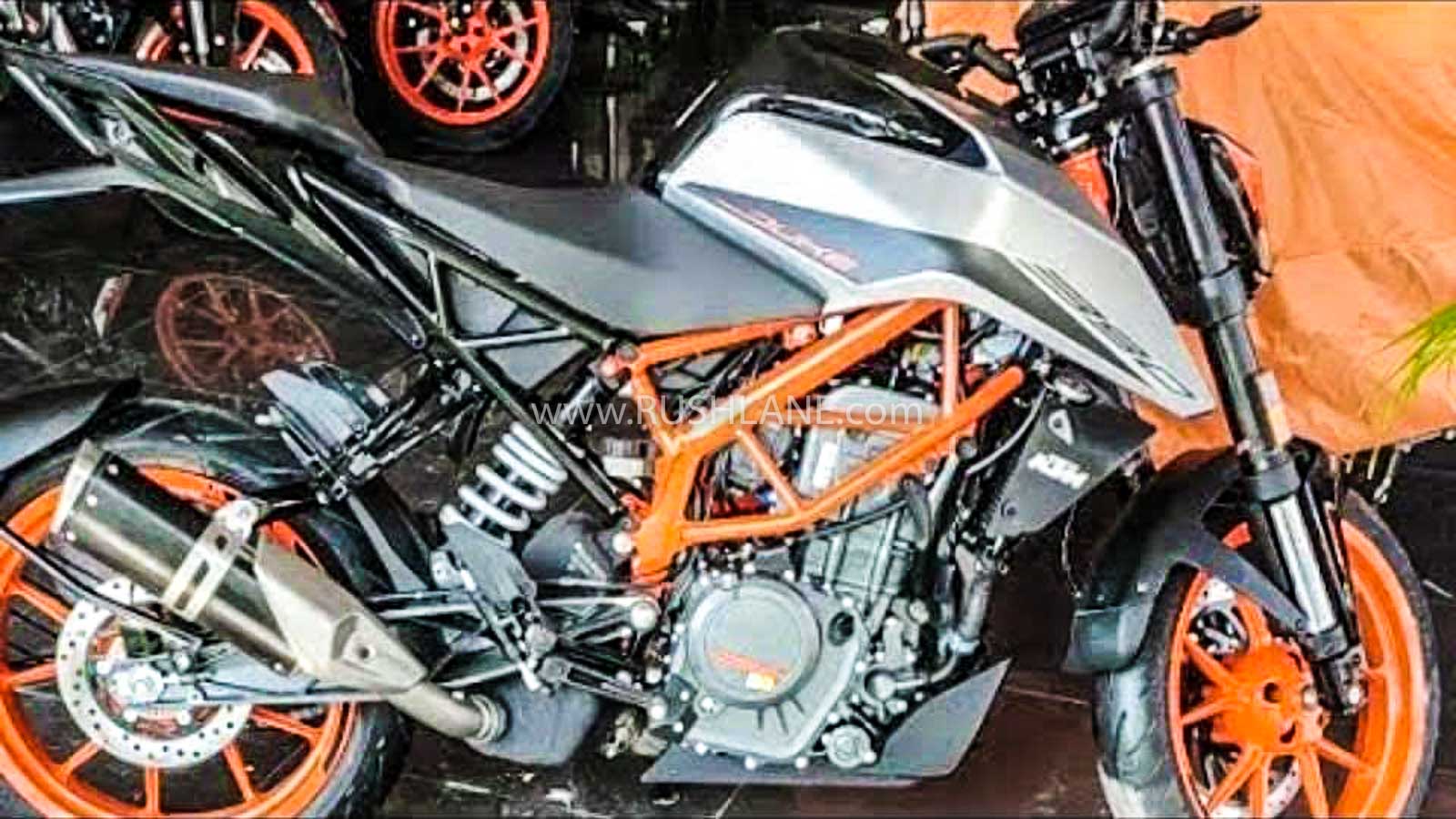 KTM India is getting ready to update their motorcycles to the BS6 standard. Earlier, Duke 250 BS6 was spotted at dealer. Now Duke 390 has been spotted.

It is a known fact that KTM products offer the best value for money in terms of performance and equipment. The price tags may still be on the higher side, but one could easily justify it after seeing the rather long list of features available in each KTM product, compared to its rivals. The Austrian motorcycle brand, in partnership with Bajaj Auto, is busy updating its Indian portfolio to BS6 emission norms and as a start, the much-awaited 390 Adventure was recently launched at Rs 2.99 lakh ex-showroom.

While the launch of the rest of the BS6 line-up right around the corner, we have received confirmation that the entire KTM 390 range (Duke, RC, Adventure) will get the brand’s proven Quickshifter+ as part of the standard package. Below is the first look video of BS6 KTM Duke 390 with updated colour scheme and features.

A quickshifter is essentially a device used in performance motorcycles which provides clutchless and seamless shifts without grinding the gears or creating any sorts of mechanical wear. Since the rider does not need to work on the clutch lever, shifting happens way quicker as well. In a way, a quickshifter unit provides safety to a relatively inexperienced rider on a powerful motorcycle since he/she can anticipate the motorcycle’s behaviour beforehand rather than trying to attain the smoothest clutch release and throttle input.

KTM’s Quickshifter+ is a bi-directional unit or, in other words, can do upshifts as well as downshifts without touching the clutch lever. In most high-end motorcycles, quickshifters are bi-directional, but certain middleweights and starter motorcycles can do only clutchless upshifts.

Hence, the new range of KTM 390 products have increased the gap of desirability between its rivals even further. Addition of a quickshifter may not seem like a necessity if you are into sedated riding, but is a boon if you wish to keep a motorcycle at its absolute limit. The KTM 390 range is widely acclaimed as an excellent beginner’s bike (not at all in Indian perspective) and has got more than enough grunt to justify the addition of a quickshifter.

The KTM 390 range is powered by a 373.2cc liquid-cooled DOHC single-cylinder engine that makes 43bhp and 37Nm of torque. The engine is mated to a 6-speed transmission via a slipper clutch.

As mentioned before, the KTM 390 Adventure is the only product to become BS6-compliant and sport a quickshifter. Prices for the other 390 avatars will definitely see a rise from their current BS4 figures, but if KTM India manages to keep the hike to around Rs 10,000-15,000 alongside the addition of a quickshifter, it will be really impressive.