Tata Hexa BS6 is expected to be launched later this year, or early next year

Hexa is one of the most loved Tata SUV in the country. It was first launched in 2016, as the flagship SUV of the company. Less than a year ago, due to BS6 transition, Tata had to discontinue Hexa from the market. Today, their line-up of cars on offer include only 5 cars – Tiago, Tigor, Nexon, Altroz and Harrier.

But soon this lineup will be almost doubled – as early as next year. By end 2021, Gravitas 7 seater will be there in the market along with Harrier petrol, HBX mini UV, Altroz Turbo, Tiago Turbo and Hexa. Yes Hexa is going to make a comeback, and the latest spy shot more or less confirms that.

Back in Feb this year, Tata Motors showcased a new Hexa concept, called Safari Edition. This was on display at the Auto Expo 2020. At that time, Tata Motors had stated that the Hexa will be launched in BS6 avatar. Now, Team-BHP has shared spy shots of what is possibly the Hexa 4×4 Automatic in BS6 guise.

What was showcased at the Auto Expo as Hexa Safari Edition, was a concept. Though it was based on production-spec Hexa, Tata chose to call it a concept. Mostly likely gauging visitor / customer interest with this feature loaded Hexa.

A Tata Hexa Safari Edition is an interesting nameplay. With the Safari having resonated with many, reclaiming the name for a Hexa variant may be thought of as a smart move. With a tagline of ‘Comfort is the new adventure’ it wouldn’t be wrong to expect more comfort and luxury, which can easily be incorporated with a few additions in the interiors – like captain seats in the 2nd row. 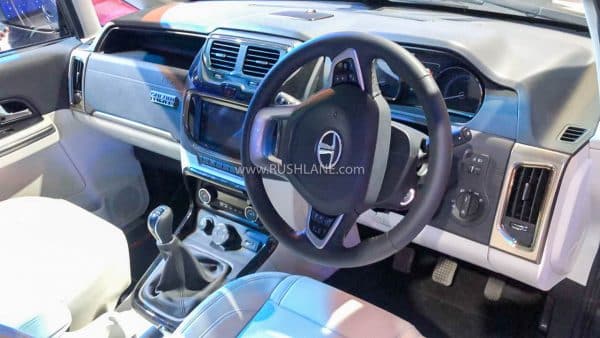 Dashboard is given a dual tone finish of black and white, while seats are finished in white. There is a Safari Edition badge on the dashboard. It gets a new Harman sourced 7.0” touchscreen infotainment system, along with a 10 speaker JBL system. Touchscreen now offers Android Auto along with options such as video playback, ConnectNext, emergency assist and trip on besides smart manual, smart remote and park assist.

In its BS4 avatar, Tata Hexa gets power from a 2.2-litre diesel engine that returns 148 BHP, and 320 Nm of torque, and 154 BHP and 400 Nm in top trims. Variants are paired with 5-speed manual, 6-speed manual and 6-speed automatic options. In BS6 format, only the 154 hp variant is expected to make the switch, with 6 speed MT and AT option. 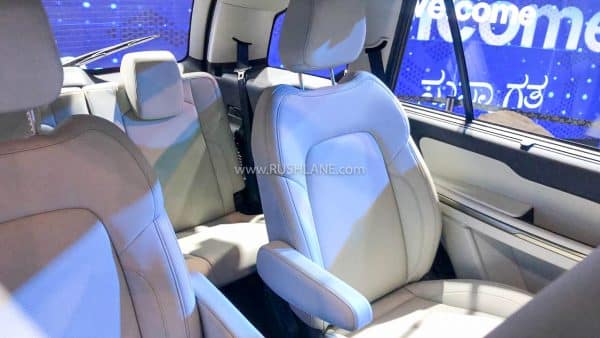